Vishwaroop 2 has hit the screens today

Kamal Haasan's Vishwaroop 2 has hit the screens today and it seems that the espionage thriller has faced lot of cuts from CBFC (Censor Board of Certification). The Quint shared the screenshots of the cuts and it seems, we are still dealing some issues with Censor Board. Talking about the Hindi version of the film, it has got 14 cuts, which includes the mutation of IFS (Indian foreign Service) a dialogue (Jaise aap logo mein allowed hai) and a specific location in Delhi. Apart from words, the gore and intimate scenes are reduced or completey removed by the CBFC. They have also inserted a fiction disclaimer in the beginning of the film. 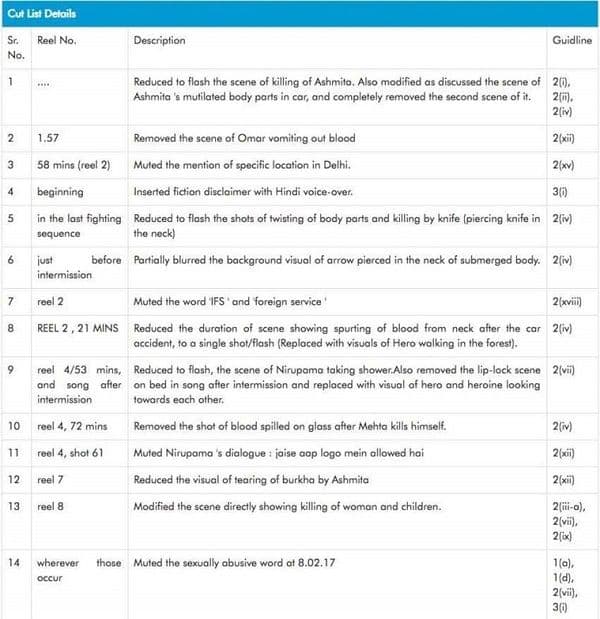 Coming to the Tamil version of the film, the regional board has muted words like bastard, babu, Pakistan, South Block, Bharat Mata and Allah. Now the question is do we really need regional censorship after the film is censored by the Central board. Written and directed by Kamal Haasan, the film also features Shekhar Kapur, Waheeda Rehman, Rahul Bose, Pooja Kumar, Andrea Jeremiah, Jaideep Ahlawat, Nasser, Anant Mahadevan, Yusuf Hussain and Rajendra Gupta in pivotal roles. 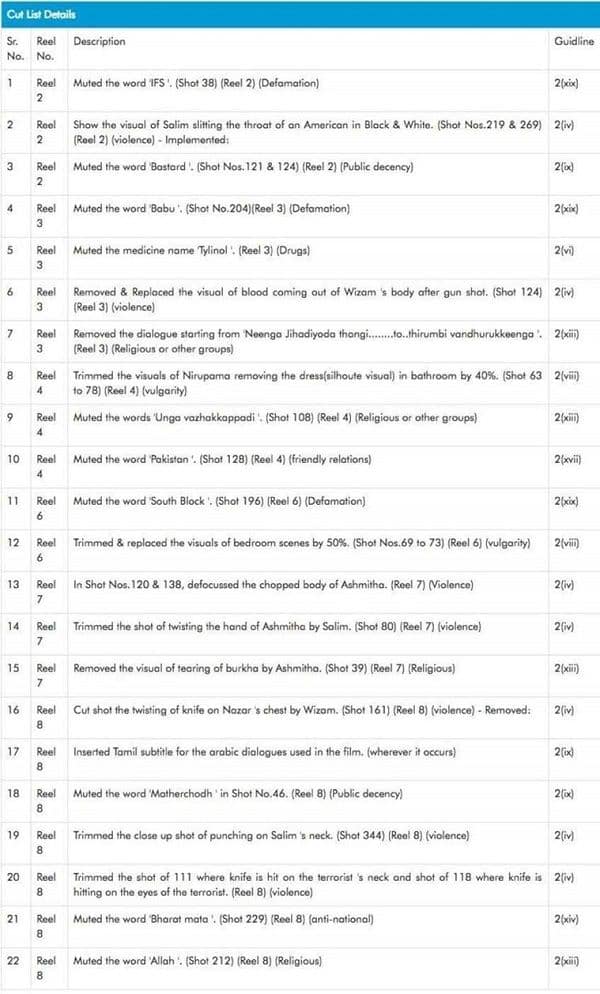 Vishwaroop 2 has received mixed reviews from the reviewers till now. Our critic Urmimala Banerjee gave the film two stars and said, "For someone who does not know how espionage actually operates, Vishwaroopam 2 is fairly engaging stuff. The London portion has a bit of history infused in it, which is genuinely interesting. However, the film is flat and fails to excite as much as we hoped it would." Anyway, are you planning to watch Vishwaroop 2 this weekend? Share your thoughts in the comments section below...