Thala will be next seen in Viswasam

It is a known fact that the Tamil superstar Thala Ajith is mentoring the MIT college student's team Daksha for designing an unmanned drone, which will help to deliver medicines in the remotest area of the state. While the Daksha drone has already passed all the tests and had received APJ Abdul Kalam Award in Science for creating a record in Australia in Helicopter Pilot Test and UAV System Advisor. Also Read - Umang 2022: Shah Rukh Khan's fangirl choreographer gives him a kiss; says, 'Never missing a chance to kiss King Khan' [View Pic]

Now Daksha team has achieved one milestone as it has qualified for the final fly-offs in Australian Medical express challenge competition, (Drone Olympics). It will compete with 7 countries from around the world including Pakistan, China and Australia. We wish and hope that Daksha team will win the challenge and will India and Thala proud. 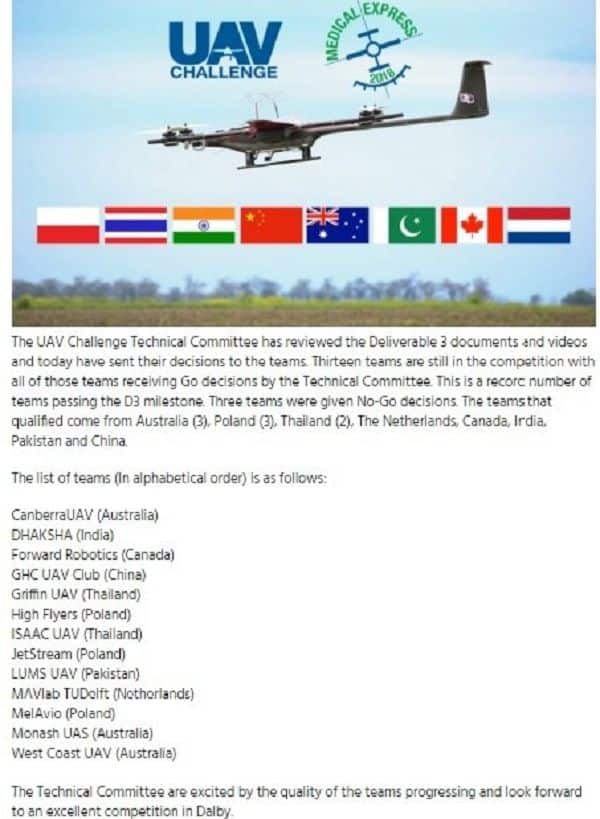 On the professional front, Thala will be next seen in Viswasam. The film will also bring Ajith and Nayanthara together after more than five years. It marks the fourth collaboration between Ajith and director Siva after crackling hits like Vedhalam, Veeram and Vivegam. The film also stars Vivekh, Thambi Ramaiah, Yogi Babu, Bose Venkat and Kovai Sarala in pivotal roles. Earlier the Viswasan was scheduled to release this year in Diwali but the now the makers have pushed it to Pongal 2019.