At Cannes 2019 Aishwarya Rai Bachchan and Sonam Kapoor donned some wacky outfits and got some wacky comments as well! Check some out in our special feature 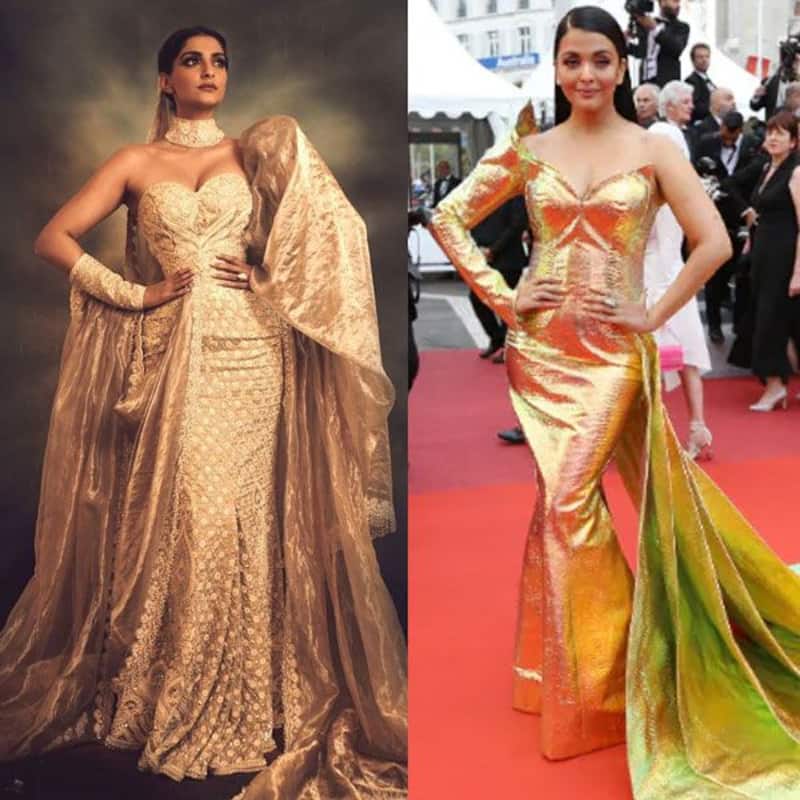 Last week was all about Cannes 2019. The 72nd Cannes International Film Festival was quite a sensation here in India as our desi divas were walking the red carpet at the event that is held in southern France. And while it is not unusual in recent times for Asian faces to show up at the Cannes Film Festival, this year saw a rather varied array of Indian celebrities gracing the red carpet. Also Read - Nora Fatehi to Alia Bhatt: Bollywood Divas who revealed their vulnerable side and cried in public

While many made their debuts, some returned to the film festival with much panache. Aishwarya Rai Bachchan and Sonam Kapoor, some of Cannes' staple attendees, stunned us yet again with their gorgeous looks. While they did opt for rather wacky outfits, the comments they received for the same were wackier. And in case you missed them, we have compiled them for you here... Also Read - Aishwarya Rai Bachchan takes a dig at paparazzi when asked to pose, ‘Are wahh direction’

Aishwarya Rai Bachchan made her first appearance amongst others this year in a Jean Louis Sabaji outfit. Her metallic golden outfit got mixed reviews, however, the mermaid look was something we didn't expect Aishwarya to experiment with. Also Read - Bipasha Basu receives a sweet gift for her daughter Devi from Sonam Kapoor and son Vayu

?My Sunshine Forever☀️?✨ ?LOVE YOU ❤️

A post shared by AishwaryaRaiBachchan (@aishwaryaraibachchan_arb) on May 19, 2019 at 3:10pm PDT

After becoming a mermaid, she also became a bird with her next appearance (pun intended). Aishwarya's next outfit was a white dress with lots of fur which made her look like a swan!

A post shared by AishwaryaRaiBachchan (@aishwaryaraibachchan_arb) on May 20, 2019 at 11:34am PDT

And in tune with the whacky dresses, Ash got equally crazy comments on the pictures she shared with her fans. Here are some of the best comments...

When you get educated in the comments section.

When you get educated in the comments section. On the other hand, Bollywood’s true-blue fashionista, Sonam Kapoor Ahuja wore an Abu Jani Sandeep Khosla, ivory dress for the Chopard party. Sonam's dress was unique for several reasons - one being that it made her look like a fairy. And if you thought her dress was quirky, wait for the comments.

Check out the hilarious comments that the actress garnered for her pictures...

When your priorities are set straight

Thanks for putting our feeling out there!

Well, we must say it is no easy job to come up with such witty comments. Which one is your favorite comment? Let us know by tweeting to us @bollywood_life. Meanwhile, stay tuned to BollywoodLife for more updates.