Was Sonam Kapoor's Elie Saab gown too pretentious for the red carpet at Cannes 2015? Vote!

While we thought that Sonam Kapoor's latest red carpet outing at the ongoing 68th Cannes Film Festival was mind-blowing, a lot of the Internet Fraternity disagrees!

Sonam Kapoor made her second carpet appearance for this year at the 68th Cannes Film Festival wearing an haute couture creation from Elie Saab. The moment I saw Sonam's red carpet I was like, "Man! She can wear a gunny sack and still look smokin'!" But at the same time another thought ran through my mind and it was "Boy, she is gonna be trolled so bad for this!" And I was sadly right about that! Sonam Kapoor's Elie Saab look wasn't exactly loved by many quite like her previous appearances from this year. Also Read - Rhea Kapoor on haters who trashed Sonam's Elie Saab gown: WHO CARES about the internet trolls? 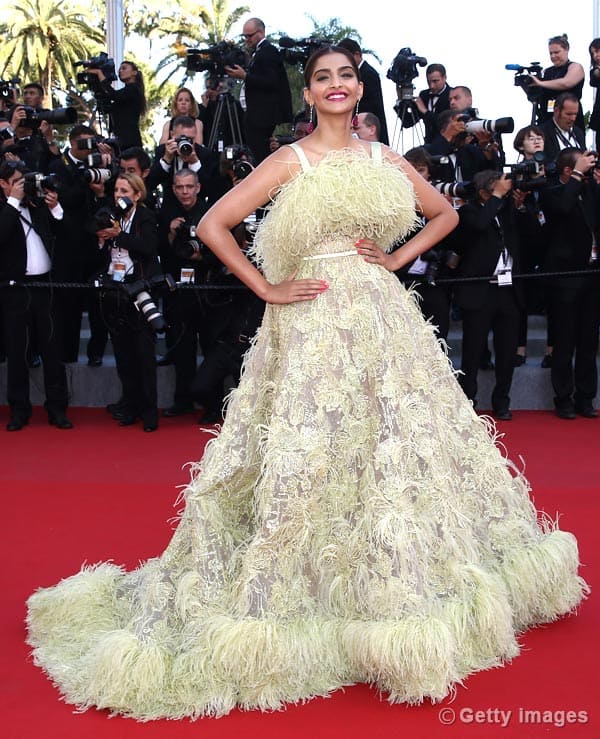 Also Read - Here is what Jacqueline Fernandez was busy doing over the weekend at Cannes- view pics!

When I met Sonam recently before she was leaving for Cannes she told me that her outfit is going to be quirky this year and that she wonders if people will like it. But she appended that statement with " I LOVE what I am wearing" which is more that enough for a fashionista of her stature. I mean if you have to pull off a seemingly ostentation item of clothing, you have to own it with your confidence and that is exactly what Sonam did with her Elie Saab gown at the red carpet. Whether it was too fashion-forward or radical for people, Sonam did not care for it much and she just walked with pizzazz to show the world that she can wear absolutely anything and make it rock! Also Read - Aishwarya Rai Bachchan, Katrina Kaif or Sonam Kapoor: Who was the best dressed at Cannes 2015? Vote! 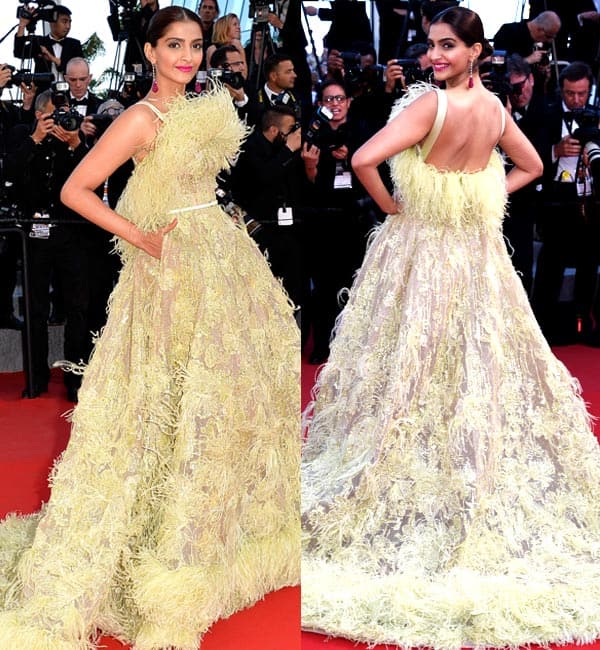 And don't even get me started on how gorgeous she looked neck up! From the make-up to the hair and those Chopard earrings, everything made Sonam look magical! 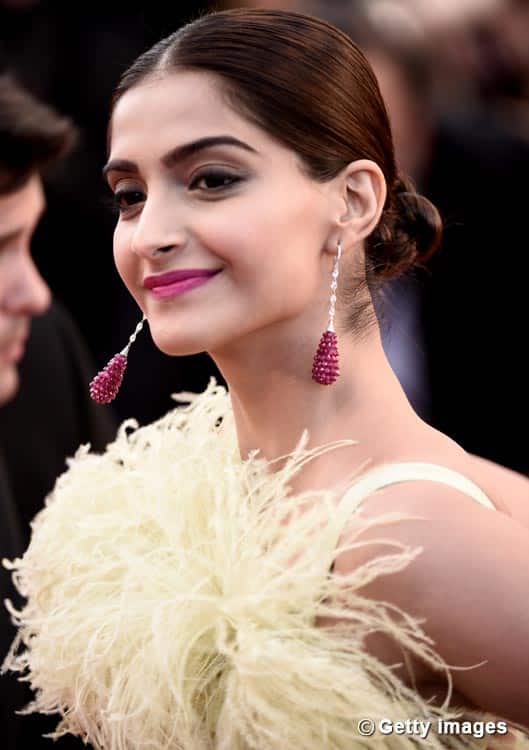 But my opinion on Sonam's red carpet style from last night wasn't a unanimous one on social media. Twitter trolling ensued for the actress in no time with people comparing her feathery outfit to chickens and characters from Sesame Street! Here are a few samples:

Wow. Just saw pictures of #AishwaryaAtCannes. How good does she look. Somebody please send #SonamKapoor back to her bird cage.

DIY Sonam Kapoor's Cannes outfit: 1. Dip yourself in some glue 2. Jump on a haystack and roll in it 3. Voilà! pic.twitter.com/crnbmbt3jJ

The trolling went on for quite some time and people accused Sonam of trying too hard. I disagree with most of the trolling and think that I have never seen any actress wear a feathery outfit that risky with so much confidence and panache. But I want you to share with me your opinion on the dress, what did you think of Sonam's second red carpet look!