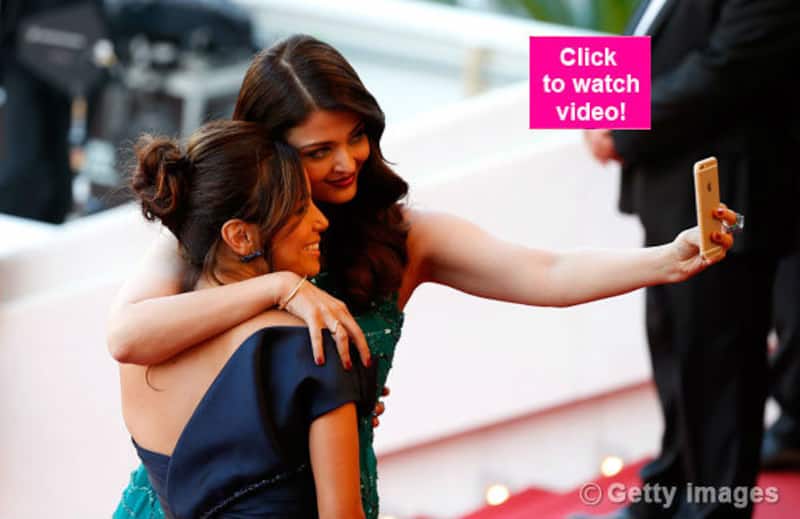 While the 68th Cannes Film Festival director decreed that no selfies would be allowed at the red carpet this year, Ash broke the rule... And it was worth it!

As the 68th Cannes Film Festival kicked off the Festival director Thierry Fremaux dictated the No Selfies on the red carpet rule much to our dismay. The director had said, "You never look as ugly as you do in a selfie" which was a pretty controversial statement to make! Also Read - IMDb Most Popular Indian Stars of 2022: Dhanush tops the list, followed by Alia Bhatt, Aishwarya Rai Bachchan and Samantha Ruth Prabhu

Anyway, the festival kick-started with divas strutting their stuff on the red carpet in beautiful gowns. Aishwarya Rai Bachchan walked the red carpet yesterday in a green Elie Saab gown along with her fellow LO'real Paris ambassador Eva Longoria. The two divas have walked the red carpet at Cannes together for many years now and yesterday marked Ash's 14th year and Eva's 10th year at Cannes. Also Read - Worst Dressed Celebrity of the week: Aishwarya Rai Bachchan, Disha Patani and more divas who could have done better with their fashion picks 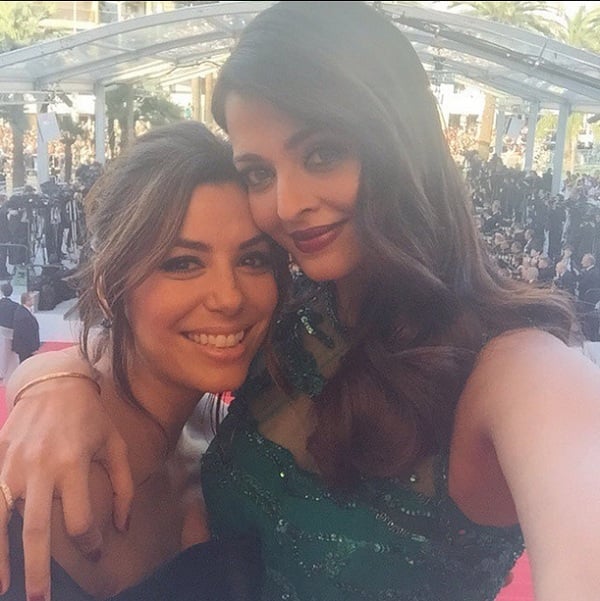 Ash celebrated the occasion with a selfie, right at the end of the red carpet! I mean how cool and badass is that! Ash told the No Selfie rule to go to hell with her nonchalant brilliance and she took out her phone to click a selfie with Eva right at the end of the red carpet! Kudos to this lovely mischief maker for not following a stupid rule! Also Read - Kareena Kapoor Khan to Aishwarya Rai Bachchan: Bollywood actors who were labelled as MOST arrogant

Check Ash out breaking the No Selfie rule like a boss