We can't get over this perfect proposal in the Maldives

Sejal and Vishal were schoolmates and while both of them knew each other back then, they were not connected on a personal level. As the two started finding ways to their individual dreams in a city where it is surprisingly hard to meet someone again, they ran into each other at a virtual business event. 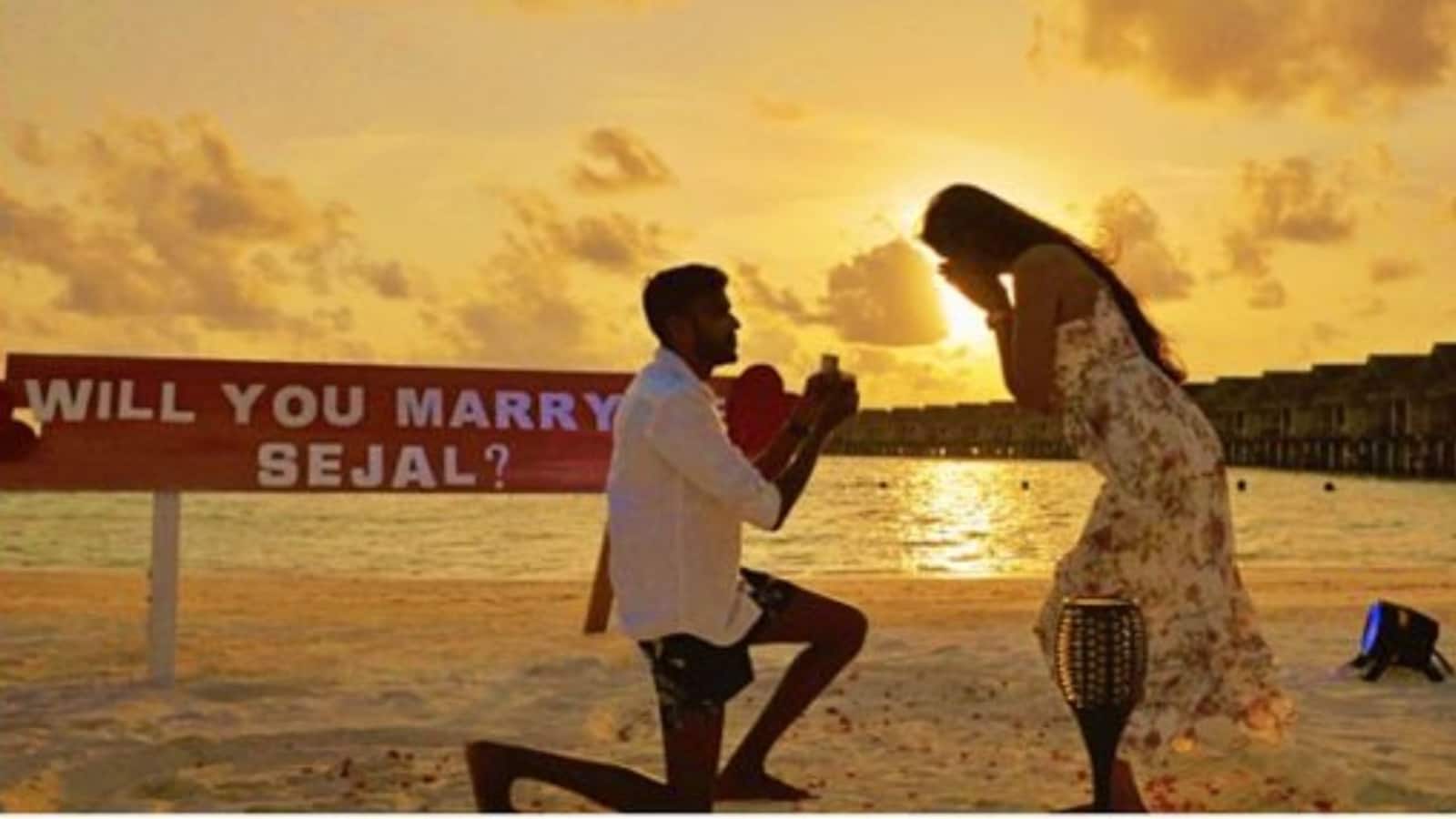 If there's one thing special about proposals, it is that they always remain with you. From carefully orchestrated to totally spontaneous proposals, we love the randomness, unbelievably sweet gestures and laughable blunders of it. Today, we have one such sweetest story. A proposal story of two social entrepreneurs, Sejal and Vishal. As founders of multiple businesses, the young couple has been thriving in the digital industry for a long time.

How did they meet?

Sejal and Vishal were schoolmates and while both of them knew each other back then, they were not connected on a personal level. As the two started finding ways to their individual dreams in a city where it is surprisingly hard to meet someone again, they ran into each other at a virtual business event. Vishal quotes on one of his Instagram posts, “10 years back I saw her for the first time and instantly fell in love with her, 6 years back I talked to her for the first time, 3 years back I gathered all my courage and asked her out and few months back I asked her to Marry Me and She said YES!

What a surreal moment it was. 10 years of crush, 3 years of dating and finally asking her to marry me, what a beautiful journey it has been. I couldn’t have asked for anything more in a partner, I’m truly blessed and thank the lord everyday for it.”

He also wrote an entire song for her and had a professional singer and composer to sing it. It’s named ‘Sejal Si Aankhen Teri’ and you can find it on YouTube. While the two were planning a business trip to Dubai to expand their business, the trip turned out to be the sweetest story of their life.

Going to Dubai from India, the couple had to quarantine in Maldives due to the travel restrictions imposed by the UAE. Vishal told Sejal that he has planned a yacht ride to an Island for his newly wedded sister and brother in law. Sejal enjoyed the ride thinking of it as a celebration, little did she know that Vishal had set this up for her. After the yacht ride they flew through a seaplane and landed in the middle of the ocean.

As they approached the location, the wind was howling and the waves were crashing amidst the silence of the island. The next glimpse for Sejal was Vishal standing in between a beautiful proposal set up with a large board popping the question, "Will you marry me Sejal?" Sejal said, "I was completely clueless, it felt like I was living my fairytale. I thought the entire trip to the island was a celebration for the newly wedded couple. But Vishal had plans to take me back to India as his fiancée haha."

While Vishal knelt with a ring, Sejal overwhelmingly soaked the moment and said "YES!" Vishal said, "I wanted this to be perfect, it was all planned and looked phenomenal inside my head. But, once I was there with her, it truly became even more magical." The proposal date ended up with clinks to new beginnings accompanied by their family, enjoying their favourite movie amidst a serene setup, and a perfect story to tell to the world.