What feud? Kartik Aaryan and Karan Johar sat on the same table, bonded and laughed before dancing together on stage [Watch]

A new video has surfaced on the internet, which shows that Kartik Aaryan and Karan Johar sat on the same table, bonded well and laughed before they walked on the stage to dance together. 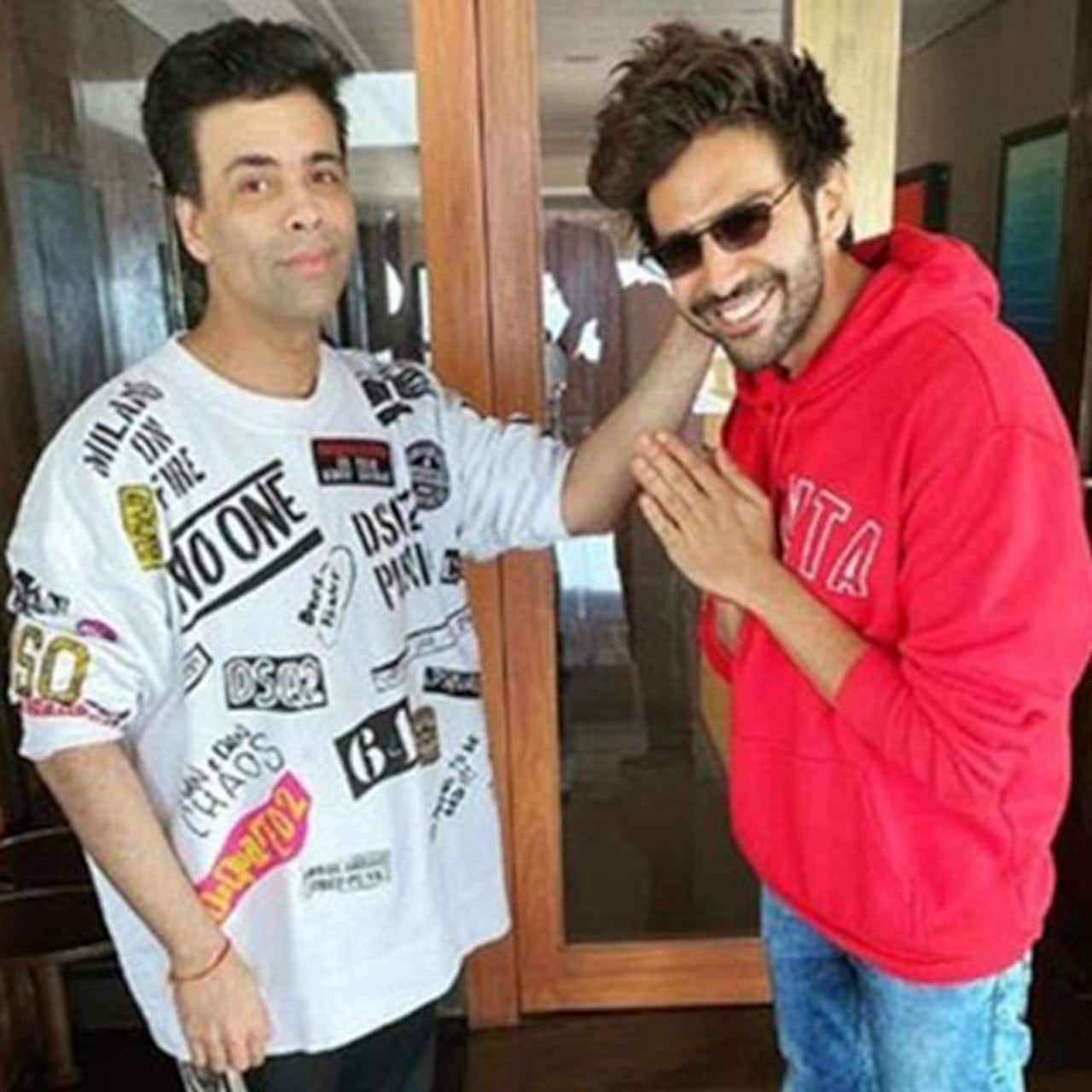 Kartik Aaryan and Karan Johar have been hitting headlines ever since Kartik was ousted from KJo's upcoming film Dostana 2 for the actor's unprofessional behaviour. It was being said that Kartik asked for a sudden raise in his fee, threw tantrums on sets and reportedly wanted Janhvi Kapoor to be replaced after their fallout. Neither Kartik, nor Karan spoke openly about their differences on a public platform. But it seems like the ugly feud has finally come to a pleasant end as Kartik and Karan have been bonding of late. Also Read - Kangana Ranaut calls film industry crass and crude: Times she targetted Bollywood A-listers

Recently, a video of Kartik and Karan being called on stage by Varun Dhawan at a recent event had surfaced online. Many people believed that Kartik and Karan shared an awkward moment on stage as they felt Kartik was being forced to dance on Naach Punjaban song from Dharma Productions upcoming film JugJugg Jeeyo. Also Read - Pathaan: Shah Rukh Khan and Deepika Padukone film wins over Karan Johar; says, 'Mega is the word', takes a dig at boycott calls

Later, another video showed Kartik and Karan engaged in a conversation with other actors during the event. Both Kartik and Karan were seen sharing laughter as they spoke. And now, a new video has surfaced on the internet, which shows that Kartik and Karan sat on the same table, bonded well and laughed before they walked on the stage to dance together. When Varun cracked Dharma joke to pull Kartik on stage, the latter even gave an embarrassing look to Karan, who appeared to be quite entertained by Varun's leg pulling skills. Also Read - Tu Jhoothi Main Makkaar: Ranbir Kapoor's role fits Kartik Aaryan perfectly? Here's what fans feel

Karan Johar and Kartik Aaryan were sitting together and talking in the recent Pinkvilla event.

And when Varun Dhawan cracked the "dance to Dharma song" joke, they two were laughing together.

Meanwhile, at the same event, Kartik also crossed path with his Love Aaj Kal 2 costar and rumoured girlfriend Sara Ali Khan. The two were rumoured to be in a relationship when they were shooting for Love Aaj Kal 2. When the movie tanked at the box office, they were never seen together. After a long time, Kartik and Sara came under same roof for an event wherein they posed together for photographs. However, netizens found their meeting quite awkward.

On the work front, Kartik is busy with the promotions of Bhool Bhulaiyaa 2 which is slated to release on 20th May 2022. The horror comedy also stars Tabu and Kiara Advani in the lead roles. Apart from Bhool Bhulaiyaa 2, Kartik will be seen in Freddy, Shehzada, and Sajid Nadiadwala’s next production venture.