What is Salman Khan's wedding gift to newlyweds Riteish-Genelia? 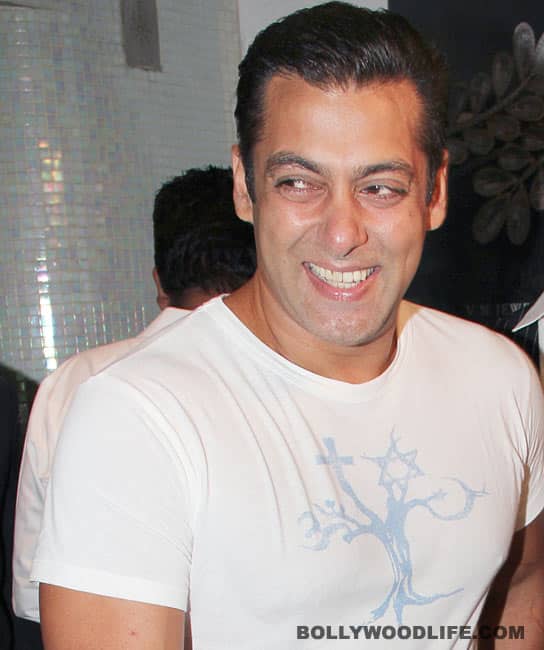 We hear he had an elaborate party in mind but later changed it to something much better Also Read - Worst dressed celebs of the week: Nora Fatehi, Sushmita Sen, Genelia D'Souza fail to impress by a whisker

There has been a lot of speculation about why Salman Khan did not attend Riteish Deshmukh and Genelia D’Souza’s wedding on February 3. As we told you earlier, it was not due to Shahrukh Khan, but because Salman had to fly to the US for urgent treatment. We are sure Riteish sorely missed Salman at the wedding – the two are good friends and Riteish even plays for Salman’s Celebrity Cricket League team Mumbai Heroes. Salman too has not forgotten his friend. We hear that though he is busy shooting in Cuba for Ek Tha Tiger and worrying over his medical treatment, Riteish and Genelia are not far from his mind either. Also Read - BL Recommends: Josh, Iqbal, The Incredibles, Star Wars 6 – the best movies for Raksha Bandhan to watch right now on Hotstar, ZEE5, Google Play, Amazon Prime and Netflix

A li’l birdie told us that Salman has been thinking about his wedding gift to Riteish and Genelia for quite a while now. He had initially planned to throw them an elaborate bash but later chucked the idea when he realised it won’t be feasible with so many professional and personal commitments to take care of. Then he got the bright idea of gifting them a holiday! Yes, Salman has decided to gift Riteish and Genelia a holiday package that they can turn into their honeymoon! The newlyweds have a lot of work to do before they can go on their honeymoon and we are sure Salman’s gift will be a welcome one. Don’t you think so? Also Read - Super Dancer 4: Amid Raj Kundra's porn films case, fans share their opinion on whether Shilpa Shetty should return as the judge of the show or not – view poll result

ALSO READ: Riteish-Genelia to move into their new house!