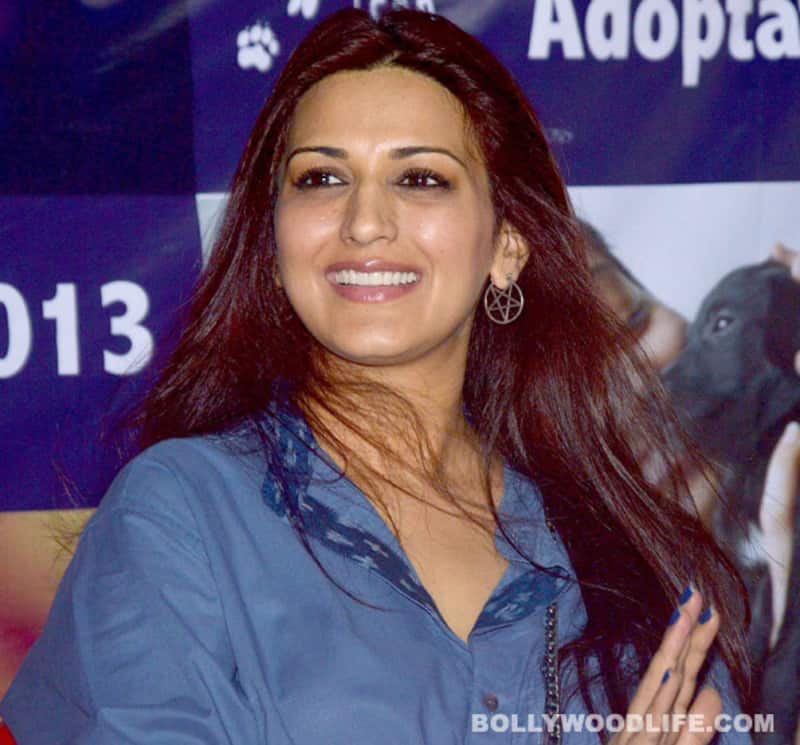 No, it's neither a person nor a priced possession. Then what has caught Sonali's fancy?

Sonali Bendre will be seen as the narrator in the new reality show Mission Sapne and the actor says that she loved the concept. Also Read - Unseen pictures of Sara Ali Khan with Saif Ali Khan prove she always had a 'protective daddy', unlike Karan Johar's claims

"It's a small and simple show. The theory is simple - one man helps another man. A lot of celebrities will live the life of common man. It was a beautiful concept and whatever I and the whole team could do, we did towards this good cause," the 39-year-old said at the Zee Cine awards. Also Read - Katrina Kaif is pregnant; her baby bump is visible in her latest appearance claim fans [Watch video]

Has Jai Ho’s failure turned Salman Khan into a barber? Also Read - Liger: Vijay Deverakonda predicts if his and Ananya Panday's film will work with the Hindi audience

"A lot of film stars, TV stars, sportperson including Ranbir (Kapoor), Salman(Khan), Mika, cricketer Harbhajan (Singh), Ram Kapoor, Karan (Johar) and a few more are the part of show," said Sonali, who was last seen as a judge in India's Best Dramebaaz.

Mission Sapne will go on air on Colors TV around March or April.