What is the relation between Telugu superstar Mahesh Babu and the Baaghi baddie Sudheer Babu?

Who is deadly looking bad guy from Tiger Shroff's Baaghi? If you have this question then this article is just for you!...

Sudheer has worked before in Tollywood films

So the smashing, action packed trailer of Tiger Shroff and Shraddha Kapoor starrer Baaghi is finally out. Tiger Shroff's amazing fight sequences must have surely grabbed your attention. But one of the most eye catching characters was the buff looking villain who faces off against Tiger in the film. Are you wondering who this good looking baddie is? Well, wonder no more because we have the answer! Also Read - SAY WHAT! Shraddha Kapoor bagged Chaalbaaz in London as director Pankaj Parashar was blown away by her performance in THIS movie He is Sudheer Babu, the brother-in-law of Telugu superstar Mahesh Babu. Sudheer is married to Priyadarshini Ghattamaneni, who is Mahesh's younger sister and daughter of Telugu actor Krishna. Being related to one of the biggest actors in Telugu film industry, Sudheer earned a straight ticket into films. The actor has done a lot of Telugu movies starting with Ye Maaya Chesave, the Tollywood version of Vinnaithaandi Varuvaaya. Also Read - Thalapathy Vijay screamed ‘Thalaivaa’ when he saw Tiger Shroff’s action sequences in THIS film, reveals Malavika Mohanan 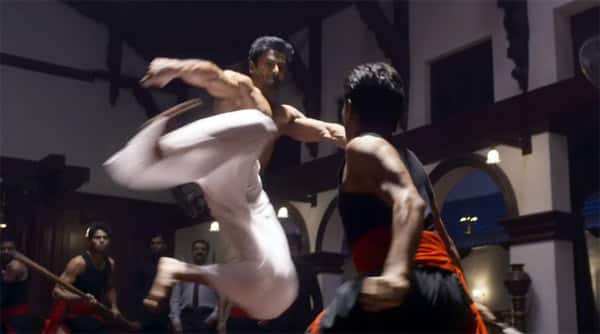 However, Sudheer got his break as a lead actor in the 2012 comedy film Siva Manasulo Sruthi. The actor has done a few movies since and has a decent name in the film industry. Interestingly, he was a badminton player in the beginning and a pretty good one at that. He was ranked No 1 in the sport in both Andhra Pradesh and Karnataka. He even partnered alongside badminton legend Pullela Gopichand. Later on, Sudheer gave up badminton to pursue acting. 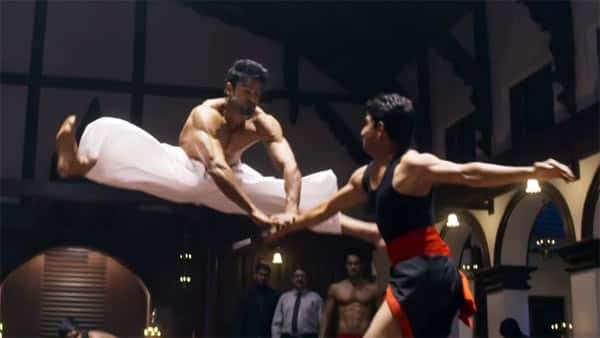 Being an avid sportsman, he made his own Youtube channel where he posted videos of his personalised stunts. It was after looking at these videos, that the makers of Baaghi decided to approach him and sign him up as the main villain. From the videos of his stunts, one can safely say that Sudheer Babu will give Tiger a run for his money!

Do check out the trailer of Baaghi if you haven't right here: