What was Varun Dhawan's most special moment with father David Dhawan? 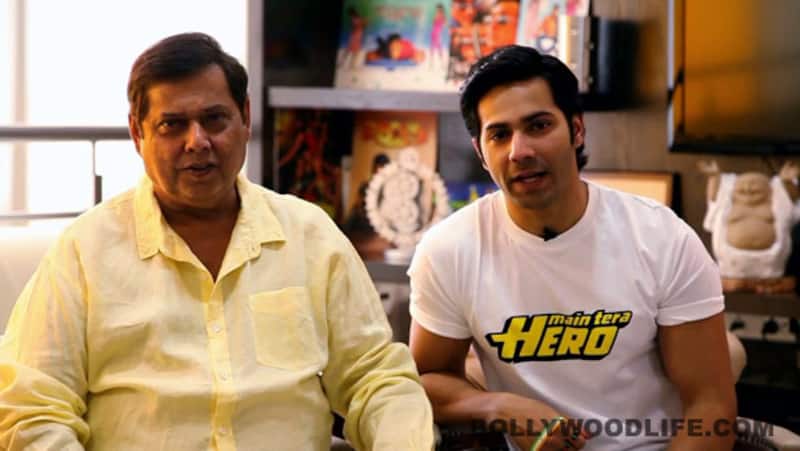 That the father and son share a special bond, is no news; but what was the most memorable moment of theirs? Read on to find out...

It was not a professional decision that Varun Dhawan decided to act in a movie directed by father, David Dhawan; instead it was a personal one. In a candid interview with us, he mentioned how his father had once expressed his desire to direct his son and due to the senior Dhawan's age (he is over 60) and health concerns that he has been facing since last year, Varun decided to do Main Tera Hero at the earliest, just so that his father could concentrate on his health once the movie wraps up. That's heart-warming, isn't it? Also Read - Bhediya: Varun Dhawan's rugged look and Kriti Sanon's stunning avatar in black will leave you excited for their horror-comedy [View Pics]

We also got to know another cute story about the connection that the father-son share. When we asked him about his most special moment with Davidji, this is what the cool dude had to say, "My father becomes really proud of me when I do something physically straining. Like in eight standard, I had won a gold medal as the sports all rounder of my school 'coz I won in all the athletic sports, be it running or short put. I specifically remember that my father almost had teary eyes 'coz he felt so proud of me. Even in Main Tera Hero, when I did that bike skid for 100 metres, he was particularly happy with my performance that day." Also Read - Varun Dhawan wants to play THIS role in Alia Bhatt's life once she becomes a mommy