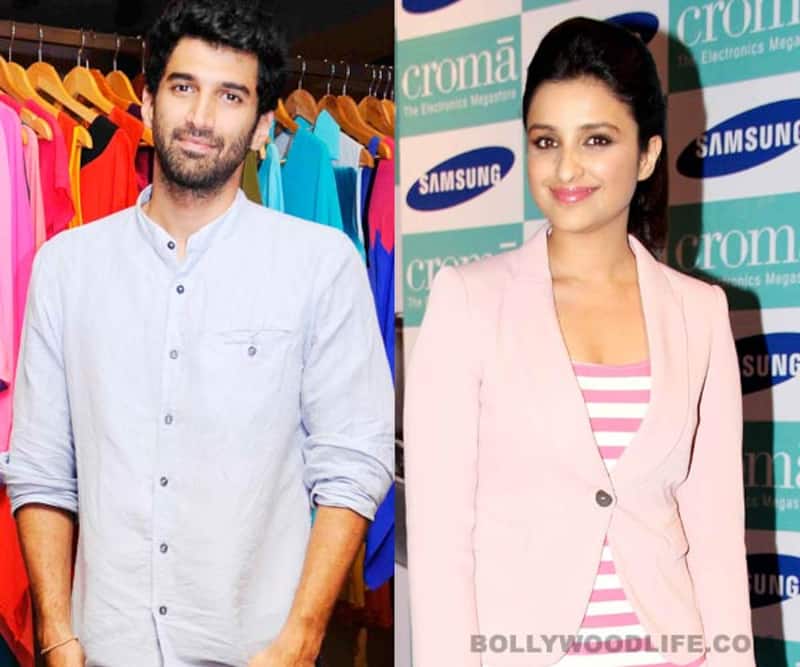 The Aashiqui 2 actor will romance Ms Chopra onscreen in Habib Faisal’s upcoming film Daawat-e-Ishq. But is something brewing between the two young stars in real life too?

Going by the latest goss it seems Aditya Roy Kapur and Parineeti Chopra are bonding big time. So much so that our khufiya khabroo says the duo recently went on a movie date. Aditya and Parineeti went to a multiplex to watch Hollywood film Rush. But that’s not all. Our khabroo even tells us Daawat-e-Ishq co-stars had booked the entire row to avoid any disturbance. In fact, the Shuddh Desi Romance actor kept laughing throughout the film. Now we wonder if it was the film or Adi’s sense of humour. Also Read - Parineeti Chopra describes Priyanka Chopra-Nick Jonas' daughter Malti Marie in the most adorable manner; proves she's the coolest maasi ever [Watch]

But isn’t it surprising considering both Adi and Pari are allegedly committed. Apparently, the Kapur lad is romantically involved with his Ashiqui 2 co-star Sharddha Kapoor. And rumours about Parineeti seeing her Band Baaja Baaraat director Maneesh Sharma have been doing the rounds ever since the film released. Also Read - Ranbir Kapoor already shopping for Alia Bhatt and his baby? Here's what we know

There is a possibility Aditya and Parineeti have been asked to spend time together by their director. That’s how co-stars become comfortable before they start working on a film, right? Well, that’s our guess and we hope its right! Also Read - Alia Bhatt-Ranbir Kapoor pregnancy: Rakhi Sawant gets BRUTALLY trolled for calling herself 'masi'; netizens say, 'Begani Shaadi mei Abdullah deewana'