What's going on with the Munna Bhai sequel? 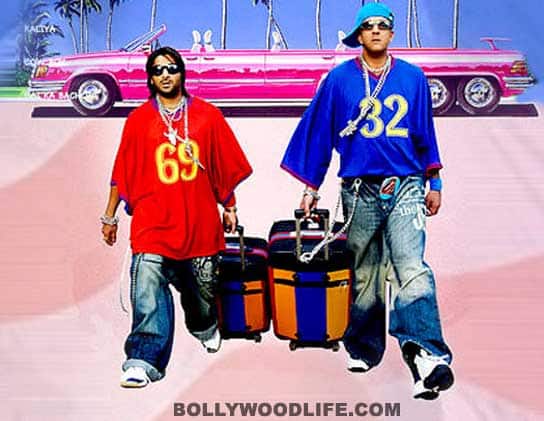 First we heard that Sanjay Dutt was out of the latest in the series, now news comes in that the Habib Faisal, the Do Dooni Chaar director, will replace Rajkumar Hirani

Everyone wants to know everything about Munnabhai's next move - is he headed to America, or somewhere else? Will he uphold his Gandhigiri, or is 'Annagiri' the new thought on the filmi block? The gossip mills are working overtime and just when we think we have an answer after some extensive eavesdropping, a new development stops us in our tracks and brings us back to square one. There was unanimous disapproval when the news of Aamir Khan and Sharman Joshi replacing Sanjay Dutt and Arshad Warsi was reported. Nasty jokes about why Aamir can’t replace Sanju baba did the rounds and, when the dust on that settled, someone pulled a new one out of the rumour hat - and this one sent us into a serious sulk. Agreed that Habib Faisal, the director of Do Dooni Chaar is a talent to watch out for and all that jazz, but him replacing our man Raju Hirani as the director of the Munnabhai franchise was a little too hard to digest. We didn’t make much of a fuss when we heard that Arbaaz Khan was taking over from Abhinav Kashyap as the director of Dabangg sequel, but if this news about Hirani is true, we are tempted to flag off our own peaceful protest march at Azad Maidan. That is how much we love the Munnabhai series and Raju Hirani. Vidhu Vinod Chopra, you have been warned...! Also Read - Salman Khan WILL never work with THESE TOP directors from Bollywood? Know all about their major spats