When Akshay Kumar, Salman Khan, Aamir Khan screwed up the best of Hollywood!

Bollywood films hasn't exactly managed to escape the Hollywood influence, when it comes to content. Now with very strict stringent policies and Hollywood now acting like a watchdog, it's not easy to lift their films as in the olden golden days! Also Read - From Sonam Kapoor calling Aishwarya Rai 'aunty' to Aamir Khan calling Shah Rukh Khan his dog: MOST controversial statements made by Bollywood celebs that rattled the industry

However in a not so long gone era, our film-makers were often accused of lifting Hollywood plots left, right and center, and sometimes even making a mess of it. Why, even our biggest film, Sholay can be said to be inspired from Once Upon A Time in West, which is inspired from Akira Kurasowa's Seven Samurai. Though Sholay was a great entertainer, there were others that made a total mess of the original, some even classics! Also Read - Kareena Kapoor Khan and son Taimur's movie date plan includes a special treat from BFF Rhea Kapoor

Here are a list of of top ten Hollywood classics, based on their IMDB rating, and their totally inferior uncredited remakes! Also Read - Shah Rukh Khan, Hrithik Roshan, Ranbir Kapoor and more – here's how Bollywood celebs spent their first paycheques 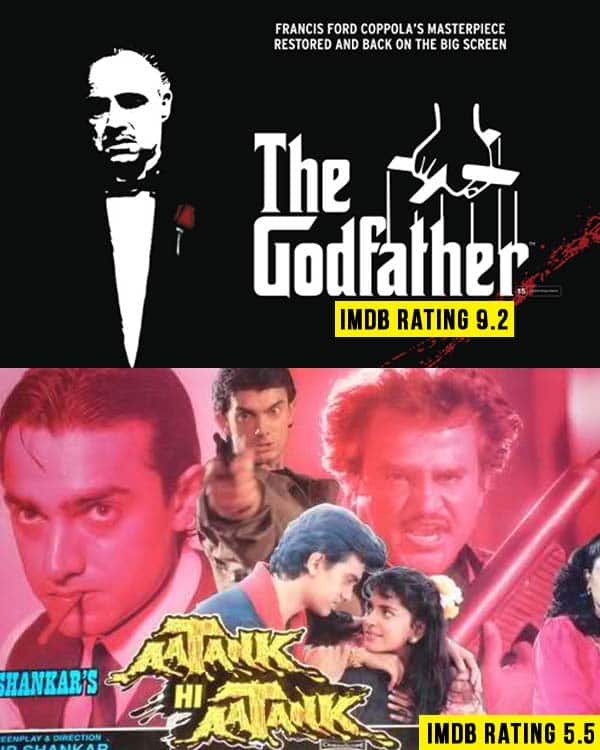 The makers of Aatank Hi Aatank literally raped a masterpiece they called The Godfather and made it a terrible B-Grade flick, that somehow managed to ensnare the services of Aamir Khan and Rajinikanth! Though this is not the only time The Godfather has inspired our filmmakers. There was Sarkar and there was Raajneeti, but none was as horrendous as the Aamir Khan starrer! 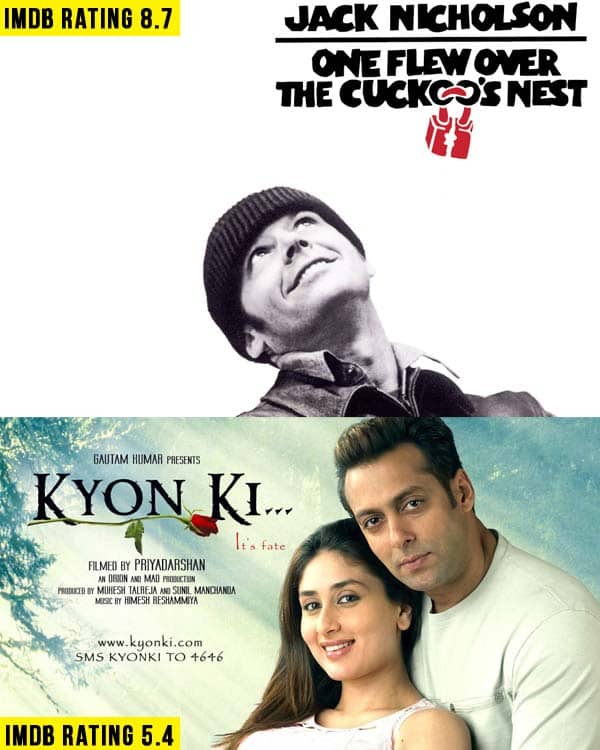 Kyon Ki's biggest mistake was that it screwed up what was a terrific human drama by injecting soap-style romance, and expected Salman Khan to perform the the level of Jack Nicholson! Above all, it diluted one of the most terrifying villainous characters of Nurse Mildred Ratched into a romantic interest and her impassive father. 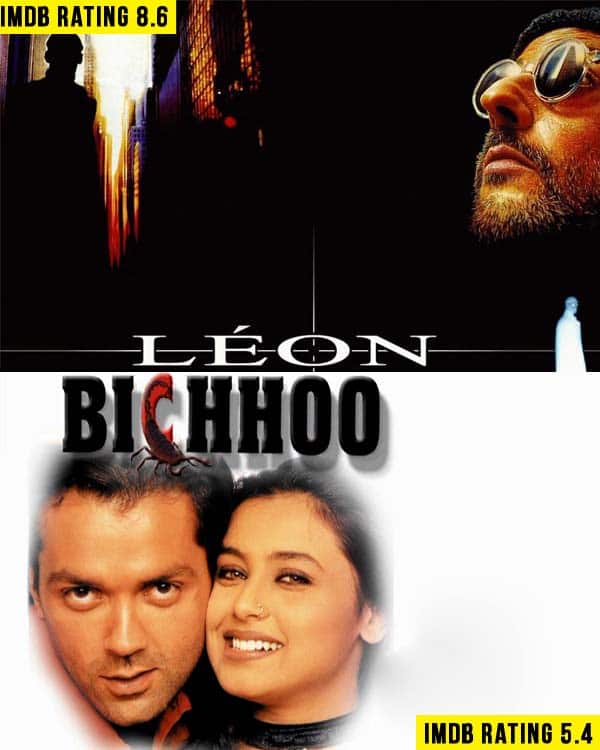 Okay, Bollywood still don't have the guts to use the far more mature, scandalous themes of Leon, so they made the 14-year old Mathilda into a woman, and made her a proper romantic interest for Bobby Deol's hitman. Cue, lots of songs, lots of tears and an over-emotional climax! 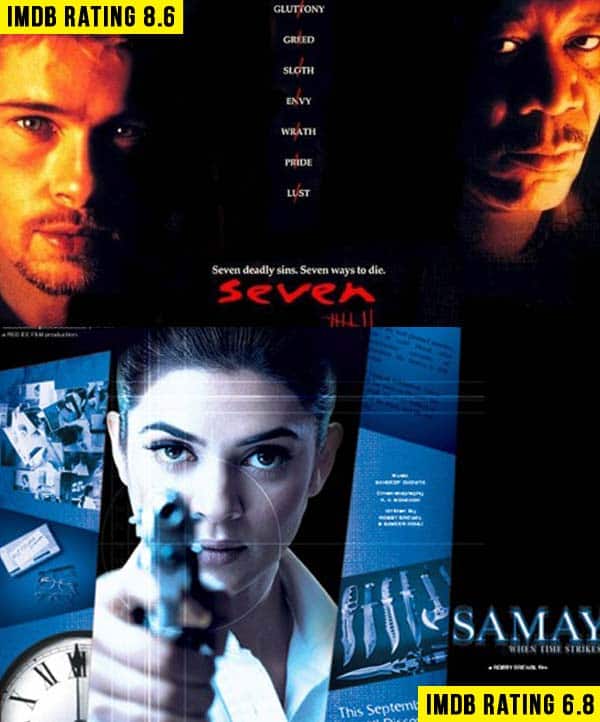 Samay isn't a bad film, per se...it's engaging, it's thrilling and has some wonderful performances from Sushmita Sen and Jackie Shroff. But the main problem with the film that it fails to accept the original film's seven sin idea, and instead goes for some specs-based hogwash! 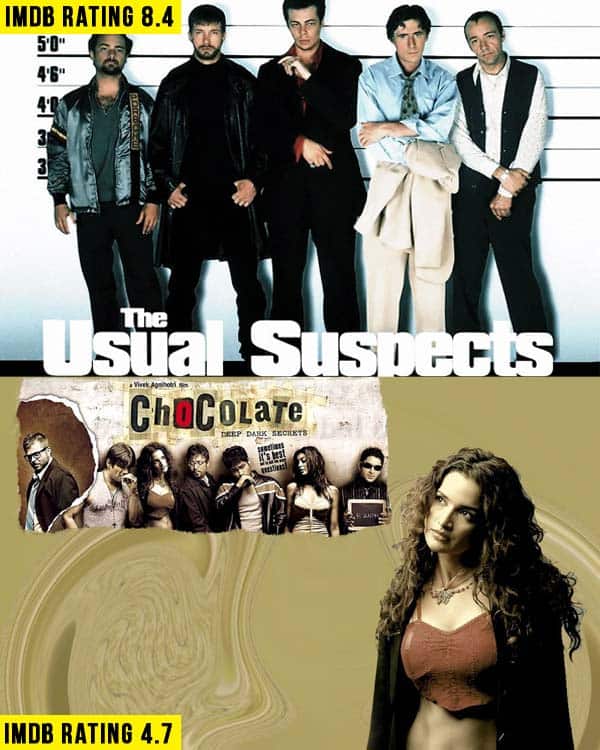 In spite of some terrific performances by Irrfan Khan and Anil Kapoor, Chocolate commits huge blunders in wasting the talents of Arshad Warsi and Emraan Hasmi, also failing to kill off the main characters a la The Usual Suspects and trying (and failing) to simplify the suspense! 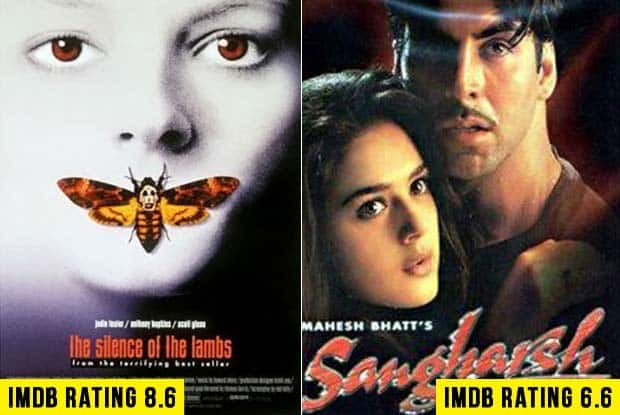 Sangharsh is a fine film with an extraordinary performance from the villain, Ashutosh Rana. The problem is, it turns the cannibalistic Hannibal Lector into a sympathetic professor, wrongly punished for a murder he didn't commit, and makes him fall in love with the Clarice Starling character! After all, it's Bollywood! Our heroes can never be cannibals! 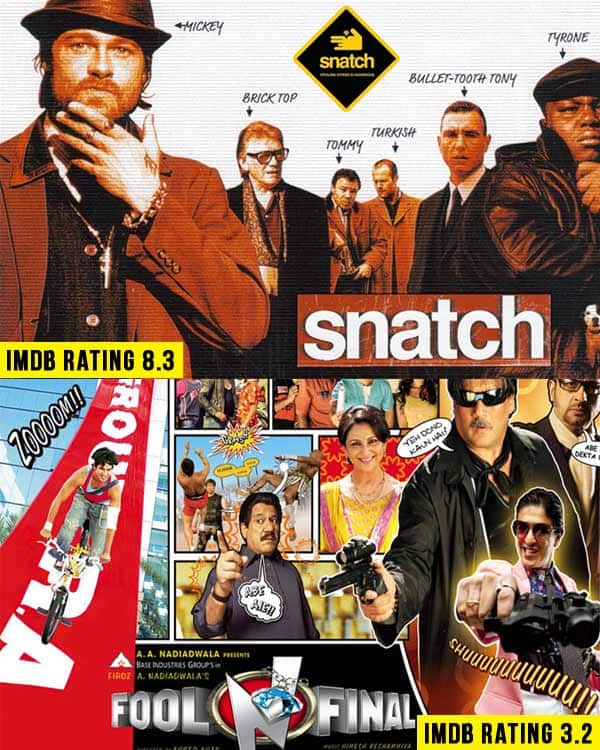 Fool N Final is a perfect lesson in how not to meddle with a classic comedy thriller by inserting miscast stars (I am looking at you, Viveik Oberoi and Sunny Deol!), changing plots and adding buffoonery in the name of comedy! Above all, Shahid's character in the original was not even a leading role! 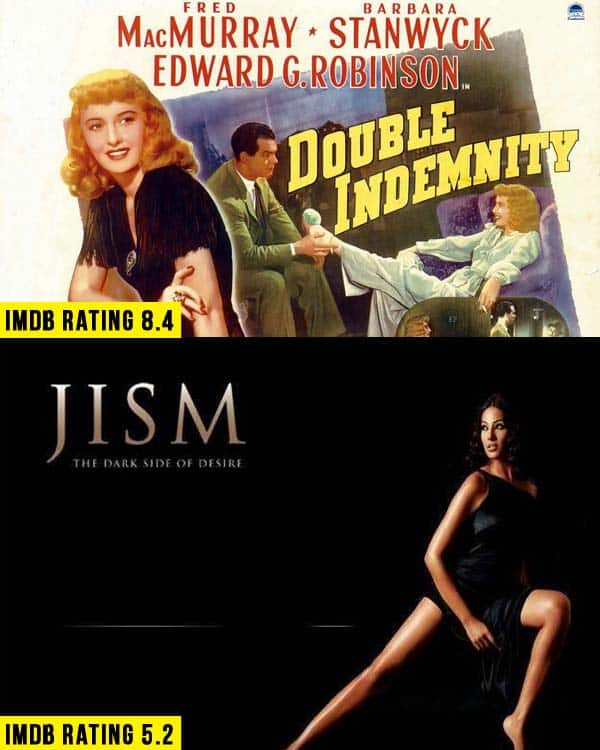 Action Replayy's biggest fault was Marty McFly (desi version played by Adita Roy Kapur) was never the hero here, instead his parents were (Akshay Kumar and Aishwarya Rai). A lesson for director Vipul Shah, please don't mess up with the basic elements of a classic! 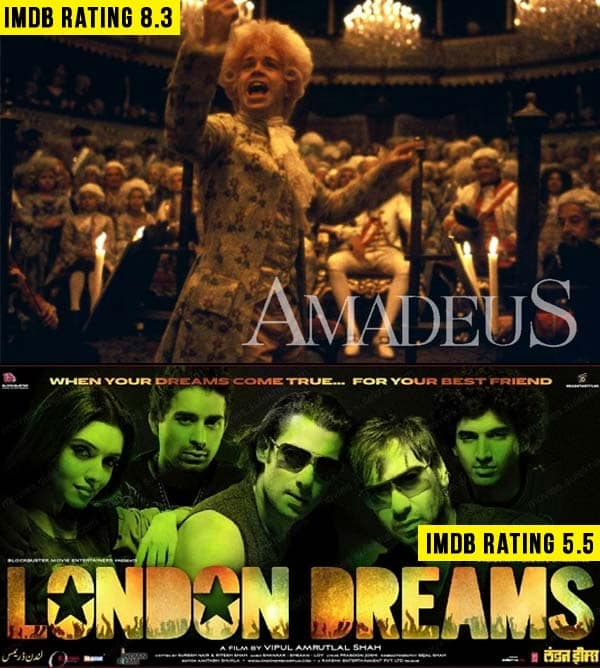 One of Salman Khan's biggest flops, London Dreams was supposed to be made with Shah Rukh Khan and Aamir Khan, who later got replaced by Salman Khan and Ajay Devgn. For a film that is based on warring musicians, the lack of good songs destroyed the credibility of the remake!