When Anupam Kher made Rajdeep Sardesai eat his own words... 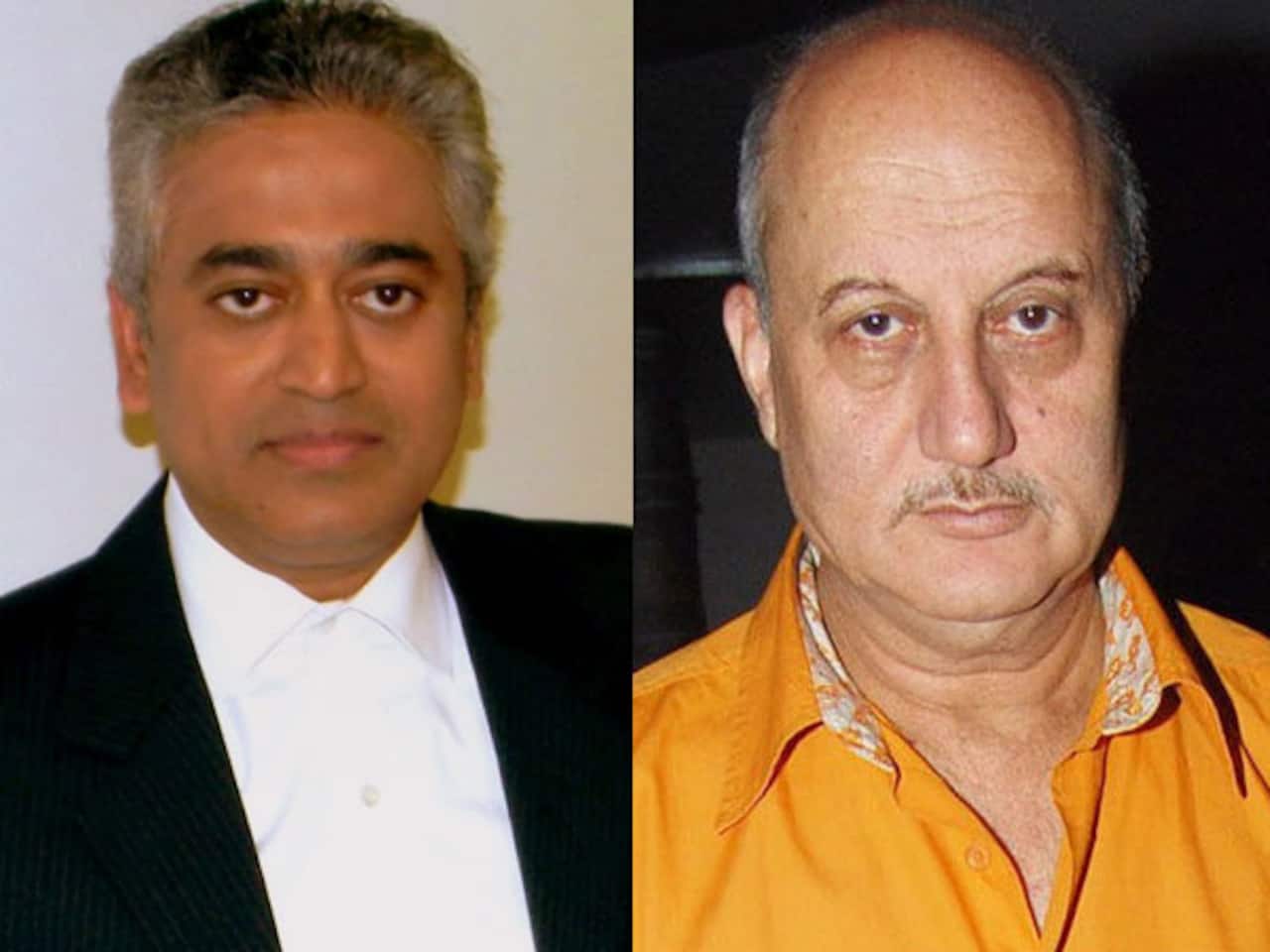 Anupam Kher is known for his terrific acting skills in Bollywood. But the veteran actor is one of the few celebs who aren't afraid to raise their opinion on burning issues of the nation. Also Read - 5 times Twinkle Khanna proved she is worthy of being a poster girl for feminists

After Shiv Sena's scathing black paint attack on former BJP MP for releasing the book of former Pakistani foreign minister Mahmud Kasuri, renowned journalist Rajdeep Sardesai questioned the patriotism of Shiv Sena members by dragging the martyrdom of India soldiers into the issue. Also Read - Someone photoshopped Anupam Kher on the Iron Throne and he is overjoyed

Would be good to know how many Shiv Sainiks have gone to Kashmir to show solidarity with jawans or attended funerals of soldiers.

This insensitive tweet from Rajdeep irked Anupam Kher to no limits as he blasted the journo left right and center on Twitter. Also Read - 10 films that prove Anupam Kher is the most underrated actor of Bollywood - watch videos

How sad that you chose such an insensitive expression to justify your attempt of trying to be a messiah of truth. https://t.co/C6lnXST35O

Soon an ugly war of words broke between the two dignitaries which ended with Anupam Kher pointing fingers at Sardesai's stand on jawans protecting our country.

Insensitive? Just calling the bluff of those who claim to have a monopoly on desh-Bhakti. https://t.co/SebZsSqTyD

What desh-Bhakti have u shown towards d mass murder & exodus of Your fellow Kashmiri Pandit Indians in so many yrs? https://t.co/k1mK5iU3Yb

And at last, Mr Sardesai understood that he had gone too far and apologised for his tweet to Anupam Kher. Not just that Rajdeep even promised to tweet lesser and advocated Anupam's inclusion as a Rajya Sabha member.

You are right sir. deleted because it was personal and below the belt. Not done. Apologies. As for guts, I fear God. https://t.co/S2NMzYZpDI

Will tweet much less now. Have learnt my lesson. I wish you all friends, the very best. Life is too short, this country too great. Bye.

This is a classic example of how stars and celebs should stand up and voice their opinions cos they make helluava difference.