When Hrithik Roshan made faces at the camera and we can't stop GUSHING over them!

Even when he is twisting and twitching his face like that...he is OH-SO-HOT!

Hrithik Roshan is nothing if not a good actor. Yes, we fans aren't too proud of few of his film choices (Read Prem Ki Deewani Hoon and Yaadein) but couldn't stop gloating over his decision to do Fiza at a time when he arrived in Bollywood as a strong loverboy. The film may not have managed to create any hysteria like his debut film Kaho Naa...Pyaar Hai but it was one of his best portrayals. So when someone is so good at his work, he definitely has various moods to narrate. Recently he shared a picture of him trying out different faces, goofy, smouldering, pout-y and many more. And we loved all of them...but the smoulder stirred something in us! Also Read - Juhi Chawla reveals her son Arjun's unique talent that will help him stand out as an actor

Shooting with you is.. All of my expressions..! @avigowariker cheers man! pic.twitter.com/DsEWU9UTOj

You can see he tried a lot of expressions which just made our hearts flutter some more. In Yaadein, he had tried copying Jim Carrey's many faces which told us that this is a man of many moods and like his body, his facial muscles are equally flexible. But that was a boy Hrithik and this a Greek God Hrithik. Now we know why we can't stop swooning over him! Also Read - Sumeet Vyas EXPOSES an inside secret about Bollywood stars at award shows - watch exclusive video

Check out one more picture... 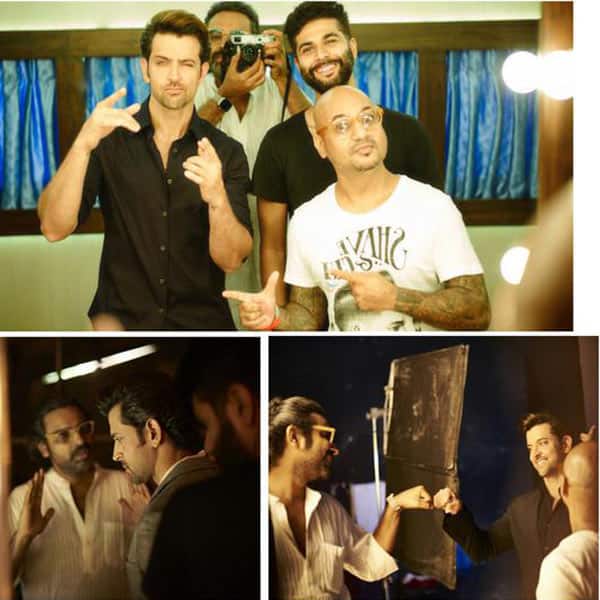 This has the man getting ready to make those faces. The back brushed hair and that wink...God, he is handsome!