The time I met Sunny Pawar and here's what happened... 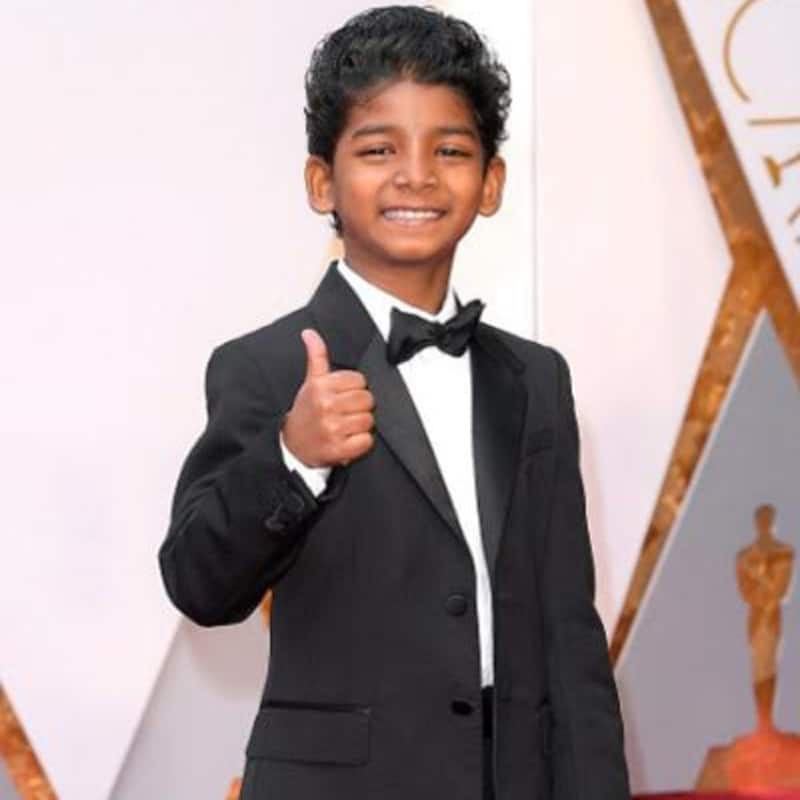 While Dev Patel-starrer Lion didn't win a single award at the recently held Academy Awards 2017, the fact that the movie was nominated for as many as six Oscars says a lot about how well it was received by the audience worldwide. I was one of the lucky ones to interview both the lead stars of Lion - Dev Patel (a telephonic one) and Sunny Pawar (face to face). While the interview with Dev Patel was more of an informative one, it was the one with child star, Sunny Pawar, that is by far one of the best I have done. While there was nothing out of the ordinary that happened during the chat, it was Sunny's nonchalance that bowled me over. Also Read - Did Allu Arjun walk off from Atlee's project SHOCKED by the filmmaker's remuneration?

When asked to interview Sunny Pawar, even though I was on leave I didn't want to miss the chance to meet the kid who I knew had garnered a fan-following worldwide. I wanted to see and experience first-hand the reason that the West was gushing over him. One look at him and it was clear that the eight-year old was like any other kid. Munching on some biscuits, the kid seemed completely at ease. I was informed that the atmosphere was being kept unprofessional and casual such that he answers without being conscious. Also Read - Pathan actor Shah Rukh Khan crediting all women in his life for his success will make you feel proud as a fan [VIDEO]

Now, kids are tough nuts to crack and so I decided to start off with some jokes. Much to my dismay, Sunny was unimpressed. Over the course of the interview, I, however, found a middle ground with him. It was heartening to see a kid, who has travelled the world, sat among the who's who of Hollywood, appeared on various International chat shows, be so unaffected by the stardom. “Friends toh friends rahenge na”(friends will be friends), he told me when I asked him about his new found stardom and how things had changed between him and his friends. He seems unfazed by all the glory. Also read: Lion movie review: Dev Patel, Sunny Pawar and Nicole Kidman's heartfelt performances make it a gut-wrenching experience Also Read - Shah Rukh Khan’s Pathan, Salman Khan’s Tiger 3, Vijay Deverakonda’s Liger and more: Release dates of these 8 most-anticipated Bollywood movies to be OUT in December

When asked as to who his favourite Hollywood star was, for some reason he mentioned Ajay Devgn and in fact mouthed his famous dialogue from Singham. Sunny went all, "Ataa Maajhi Satakli" and all I could do was smile at his cute sense of confidence. Not just Ajay Devgn, he also admires Hrithik Roshan and loves Krrish. Sunny also revealed that he loves watching WWE and is a huge fan of Roman Reigns, Brock Lesnar, Undertaker, John Cena, The Rock etc. And while he wanted to watch the live show he couldn’t earlier. However, his wish to meet them was fulfilled when he shook hands with Dwayne "The Rock" Johnson, Triple H and Stephanie McMahon.

While he was unfazed by all the attention that he is getting from the international media or the Hollywood stars he is meeting, he did mention things that he liked about such events. Be it meeting people, waving at fans or watching different films - Sunny seems to be basking in all the glory. He wants to continue acting and study simultaneously and says he would love to act in both Hindi and English films.

At the end, when asked if he wanted to say anything, he told me that he wishes to meet Ajay Devgn.

I am aware how taxing can it be for a child to go through a series of interviews and being asked similar questions about his life and movies. While he understood a few of my questions, he didn't understand many. All the jokes I cracked were met with a stoic silence (Are you questioning my sense of humour already?). But there was one thing that was constant throughout the interview and that was his effervescent smile, laced with innocence, and that's what has stayed with me, long after the interview ended.