When Justin Bieber came, sang and won every Belieber's hearts in Mumbai with his Purpose tour - view HQ pics

Baby singer Justin Bieber is in India as a part of the Purpose Tour and he has performed at DY Patil Stadium for a two-hour long concert that is surely going to win him more fans in India. Although the tickets have been highly priced, it hasn't stopped fans and celebs from arriving at the concert and show their love for the international singer, with many hits under his belt. There were many Bollywood celebs in attendance, some of them might have been coming to this part of Mumbai (Nerul, Navi Mumbai) for the first time. People at the concert also got to see Alia Bhatt, Sridevi, Boney Kapoor, Arbaaz Khan, Malaika Arora, Pooja Hegde, Urvashi Rautela, Raveena Tandon, Arjun Rampal at the event, many of them with their kids who form Bieber's core fan base. 45,000 fans were expected to attend the event, with a parking provision for 25,000 vehicles been made. Jacqueline Fernandez had been hosting Justin for the day. Also Read - Indian Idol 12: Unlike previous episodes, Shanmukhapriya garners praises from netizens; fans compare her to Shakira and Justin Bieber

Coming to the concert, Justin sang some of his very popular songs like Mark My Words, Where Are Ü Now, I’ll Show You, Boyfriend, Lifeline, What do you mean, Children (with a few kids dancing on stage), Don’t You Give Up Now and Sorry. He also praised the audience, saying they are the coolest crowd, "I am privileged to be here. Tonight is going to be the best night of your life. You guys are the coolest people I have met. Weather is not too hot but the sun is kinda different here. What a beautiful night tonight, this is the best part of the night. Starts singing, give each other company," he said. Also Read - Trending Hollywood news today: BTS and Jennifer Lopez collaboration on the cards, Ryan Reynolds opens up about his 'fairytale romance' with Blake Lively and more

Here are some of the pics from the event, a few courtesy Twitter... Also Read - Trending Hollywood new today: BTS' shocking confession regarding Ed Sheeran, Britney Spears feeling 'blessed' after hiring a new attorney and more 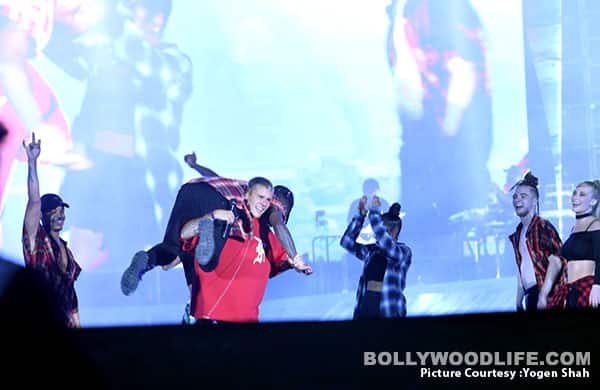 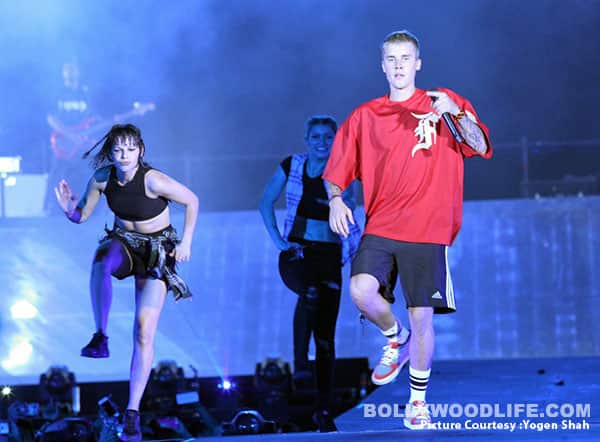 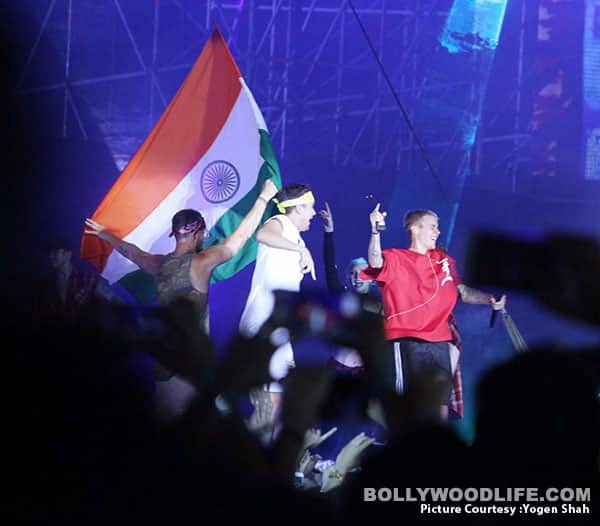 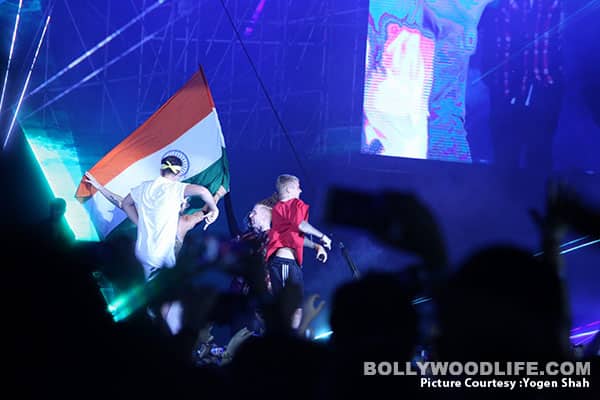 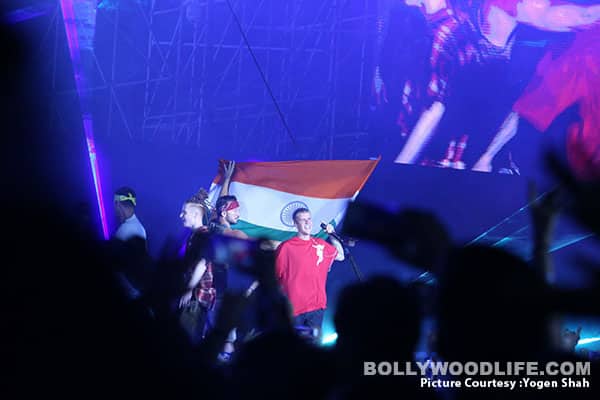 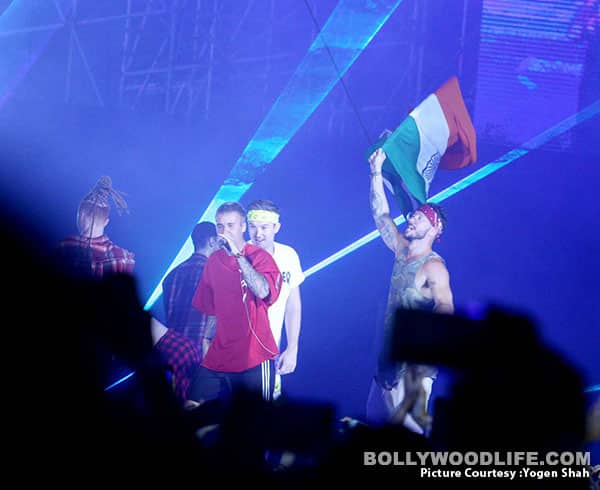 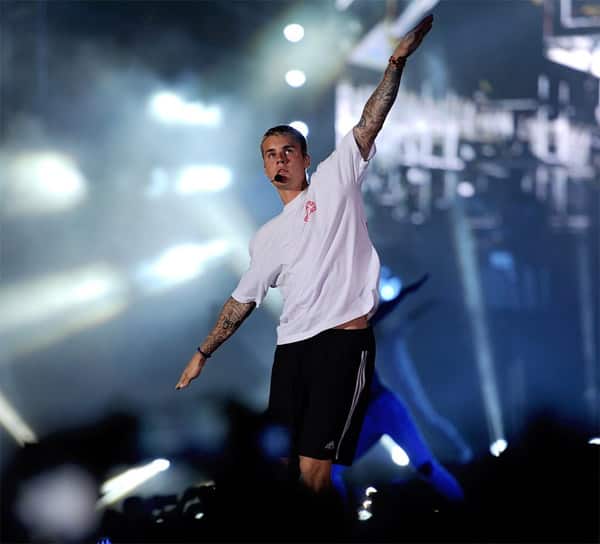 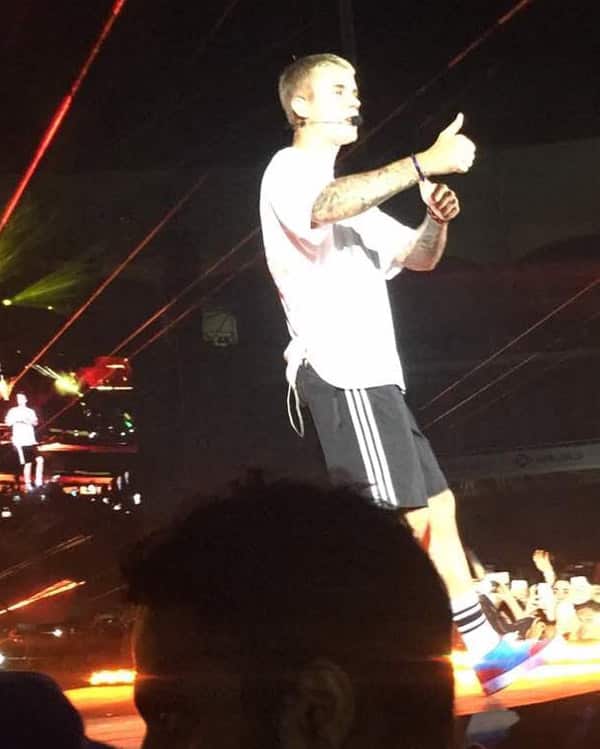 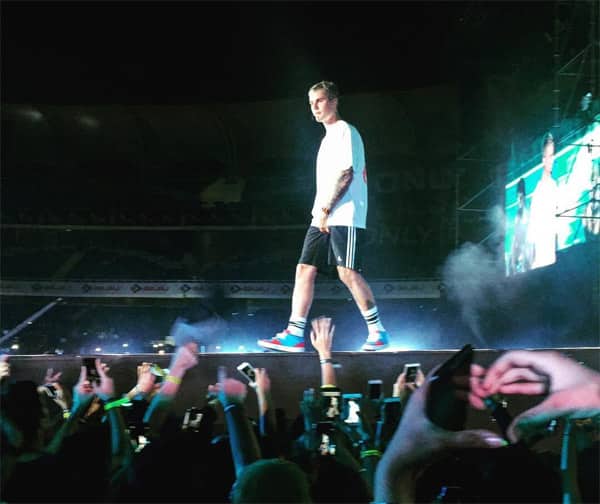 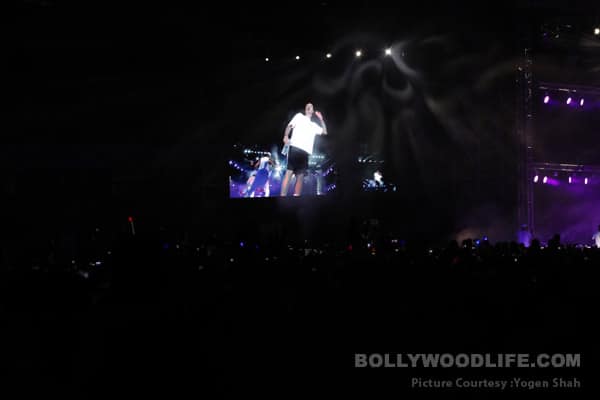 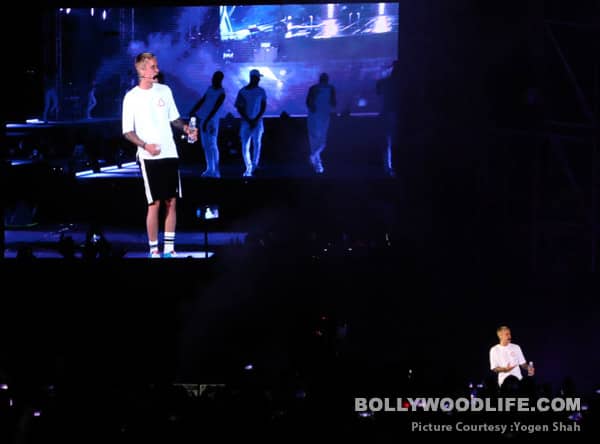 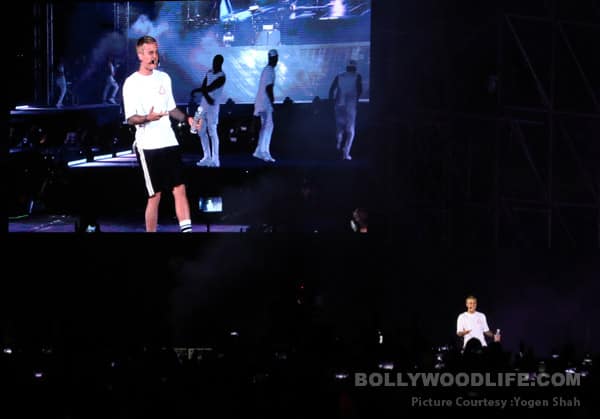 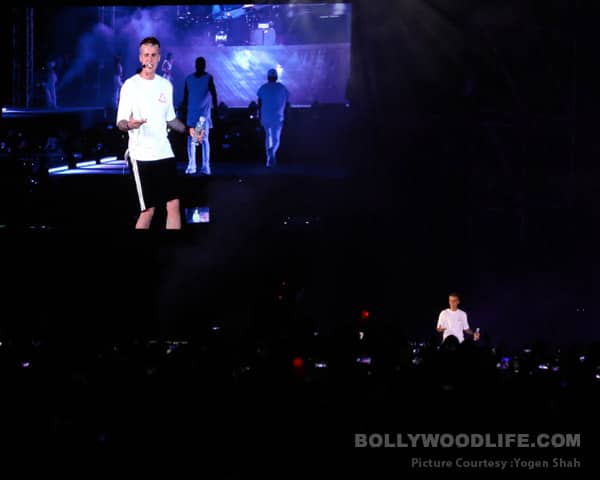 Justin Bieber saluted his fans with one guy from his crew waving the Indian National Flag as a farewell.