When KK had praised Arijit Singh and called him a very gifted singer, 'He shouldn't worry during these struggle days' [Watch video]

KK's death has left his fans shell shocked. This old video of KK is going VIRAL where he called Arijit Singh a gifted singer. 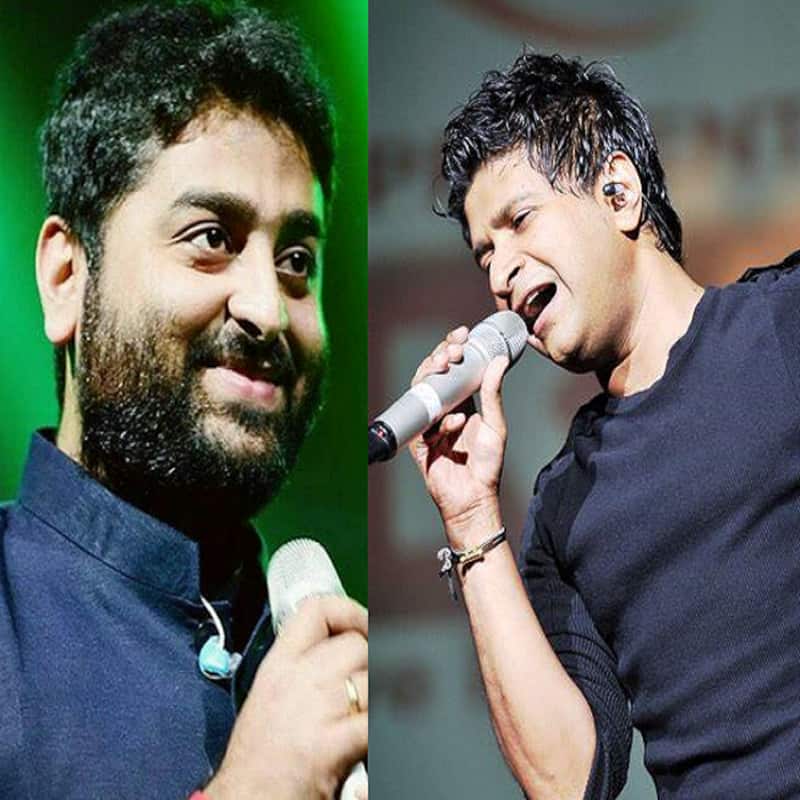 It's an end of an era. Singer KK's death has left the nation shell shocked. The singer, who was performing in Kolkata last night, felt breathlessness and was rushed to hospital. Later, he was declared dead after he got a massive heart attack. The entire nation is mourning the singer's death and one cannot believe that KK is no more with us. While the singer has left the world, his fans are digging everything related to him online. Also Read - Trending Hollywood News Today: Dhanush joins Ryan Gosling in The Gray Man sequel, Alec Bladwin brutally trolled and more

One of his videos of motivating singer Arjit Singh during his struggle days is going viral. The singer, in the video, is seen praising Arjit Singh who was trying his luck and auditioning for a reality show where KK was one of the judges. Also Read - Rashami Desai is bold and beautiful in blue and these pics are proof

In the video, one can see that KK is in love with Arjit's voice and tells him that how is a gifted singer and shouldn't worry about anything. His fans have been sharing this video on Twitter and they wrote, "This video hits so different now! #KK telling Arijit Singh how different singer he is and he has another stage to perform and then Arijit singing KK's song at his concert. Literally numb. #RIPKK." In the same video, Arijit is seen singing one of the songs of KK and fans can not stop missing him. Also Read - Laal Singh Chaddha: Director Advait Chandan makes SHOCKING claim about Aamir Khan starrer; says, 'People are being paid to troll'

This video hits so different now! #KK tells Arijit Singh how different a singer he is and he has another stage to perform and then Arijit sings KK's song at his concert. Numb.#RIPKK pic.twitter.com/pDknqZ08nD

One user even mentioned how Arjit Singh sang KK's song in his recent concert in Washington.

Oh, man!!! This is just Arijit's recent concert in Washington DC...And he is admiring KK there ? what he feels now???

As per reports, the New Market police have registered a case of unnatural death of the singer. His family has reached Kolkata today morning and they are waiting for the post-mortem reports, so later they can start the final rites of the late singer. After the results of the post-mortem, it said that the police will question the hotel staff and the organisers of the event.