So are our audiences turning towards videshi maal for better quality?

A few days ago, Ram Gopal Varma had tweeted about how Hollywood is slowly taking over Bollywood with people preferring for English films more than they do for their own films. Looks like his this particular tweet not only is being proved true, it also came back and bit him in the backside! His comeback film to Bollywood, Veerappan, didn't manage to bring him his old glory back at the box office, despite no major Bollywood release this week, if you count out Phobia. So who defeated the dacoit of sandalwood forest? A few angry birds from the West! Also Read - Leaked pictures from the sets of Valimai, Adipurush, Pushpa, Ponniyin Selvan and 5 more much-awaited South Indian biggies will make your wait for their release difficult

The Angry Birds Movie, a fairly decent animation flick from Hollywood, based on the popular console game, beat Veerappan on the opening weekend of this week, with the Hollywood flick getting more figures at the box office than RGV's biopic on the slain dacoit! So is Veerappan the only loser of this West vs East tournament? Apparently not! This year itself, a few Bollywood biggies have lost miserably to Hollywood giants, despite having huge names in their stellar cast! Be it Shah Rukh Khan, Aishwarya Rai Bachchan, John Abraham, Sunny Leone, all lost to superhero flicks, family entertainers or animation flicks from the West. And this is not going to end here. Also Read - Check out the new release dates of RRR, KGF 2, Pushpa, Valimai, Radhe Shyam and 5 more South biggies – view pics

With Suicide Squad, Doctor Strange, Fantastic Beasts and Where To Find Them, The BFG, Rogue One releasing in the coming months, our films not only have to worry about internal competition, they also have to be scared of the fact that they could be usurped by the Hollywood competitor. Below are the five box office duels this year, where Hollywood won over Bollywood: Also Read - Mallika Sherawat recommends her favourite web series and it's a DARK title that could well mirror humanity's future [EXCLUSIVE VIDEO] 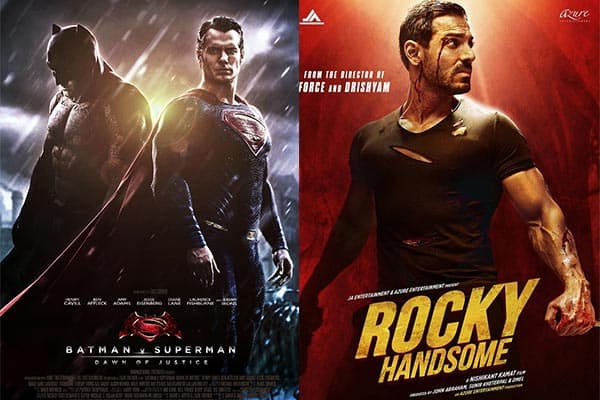 Batman V Superman was not a great movie, but it was huge enough to covet the box office on the opening weekend. Poor John Abraham couldn't withstand the onslaught of two universally popular superheroes fighting with each other, and his action flick sank without a trace!

The Jungle Book vs FAN 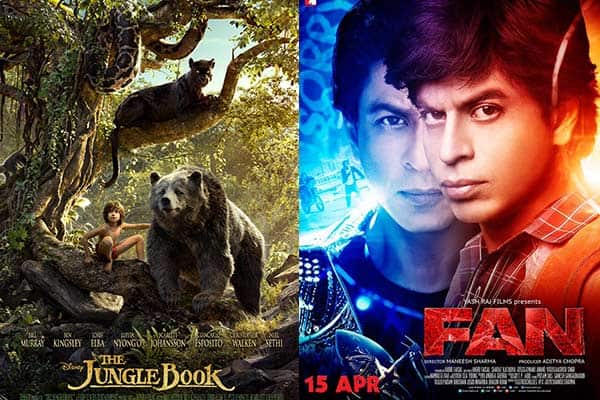 In a shocker of a contest, even Shah Rukh Khan was not able to successfully trounce a beloved children's classic, even when FAN was touted to be one of the biggest releases of the year. This, despite The Jungle Book releasing a week before FAN! Poor writing post interval and misleading promotions can only be blamed for the film's failure, as FAN gave SRK his first flop in five years, even though it was his best film in this period! Not that it is saying much...Meanwhile Mowgli is still swinging successfully with the film nearly touching Rs 200 crore at the box office!

There was no competition here at all! Not even you Sunny, even with your massive fan following! Captain America: Civil War is easily the best superhero movie released in recent times, and it has enough super-power to trounce the not worthwhile Hindi films released with it that week! And it is still running! 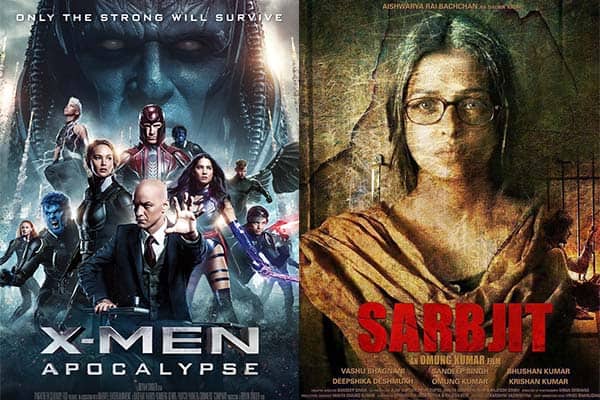 Like Batman V Superman, even X-Men: Apocalypse was a disappointment for viewers who wants more substance than just CGI explosions and senseless destruction. Yet it was more appealing to the audience than Aishwarya Rai Bachchan's melodramatic Sarbjit. The superhero flick easily trounced Sarbjit and owned last week. For some reasons, the makers of Sarbjit threw a 'success' bash a couple of days ago! And we have no clue which success are they talking about!

The Angry Birds Movie vs Veerappan 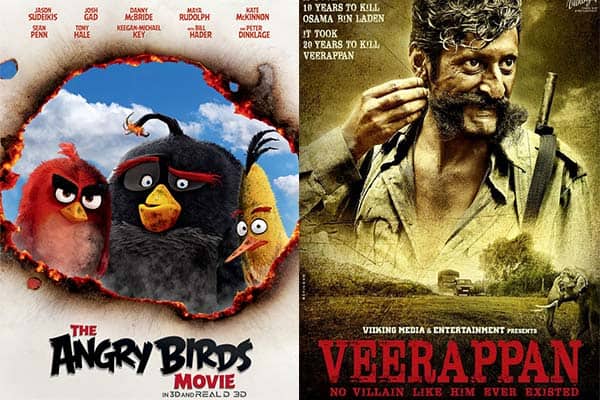 Ram Gopal Varma's comeback may not be his worst, but it certainly did not make the audience come to theatres (I watched the film in a nearly empty theatre, that scared me to hell!). On top of it, it was released along with The Angry Birds Movie, a not so great adaptation of the popular android game, yet fun enough to easily tackle RGV's guts and glory film. It may be ironic that a movie about a man who killed animals mercilessly was defeated by a movie about some angry birds!

So what do you think of this new development in movie business? Is Hollywood becoming a larger threat than Bollywood can imagine?