Amitabh Bachchan and Rekha's alleged love affair is known to everyone. Rekha had once opened up about Amitabh Bachchan's wife getting emotional, post seeing his romantic scene with Rekha. 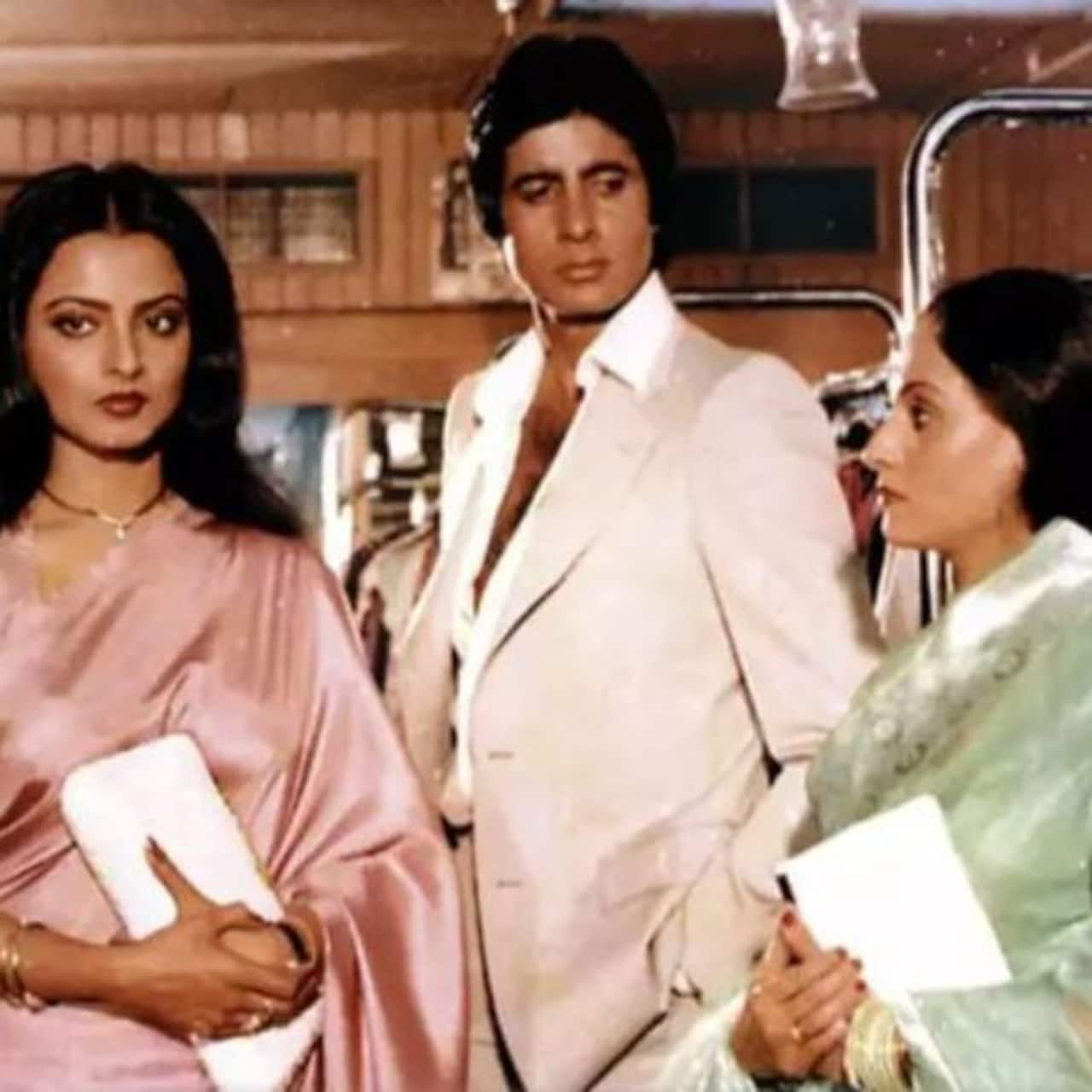 The 'Silsila' of Amitabh Bachchan and Rekha's alleged love story is known to all. It has been eopns since the gossip about their romantic relation came in the limelight, however Big B did not speak anything related to the same. Birthday girl Rekha has spoken about their relationship in many of their interviews. In a throwback interview that the actress had given in 1978, she had claimed that she had seen Jaya Bachchan, wife of Amitabh cry as she was watching Prakash Mehra’s movie Muqaddar Ka Sikandar. Also Read - Kartik Aaryan, Shriya Saran, Bhumi Pednekar, Rekha set the red carpet on fire at the 50th anniversary party of Stardust [View Pics]

In an interview with Stardust in 1978, reportedly the actress revealed that she had seen the Bachchan family watch Muqaddar Ka Sikandar via a projection room. She was looking at them when they had come to see the trial of Muqaddar Ka Sikandar. Rekha also said that Jaya sat in the front row where as Amitabh and his parents were sitting in the behind row. They could not see Rekha as clearly as she could see them. During their romantic scenes, she could see tears pouring down Jaya's face. Also Read - Simi Garewal Birthday: The Bachchan Family to Shah Rukh Khan and Gauri; her most iconic interviews with biggies

The 1978 movie was the last collaboration that took place between Rekha and Amitabh. They did not work together until Yash Chopra got Rekha, Amitabh and Jaya together in Silsila (1981). Further in the interview, Rekha revealed that post the trail of the show she was told by many industry people that Amitabh would not work with her further. She revealed that the actor had made it clear to his producers that he would not work with her. Also Read - Shehnaaz Gill to Rekha: Celebrities who lost their partners early in life; yet moved on like a star

There were rumours dong roundabouts that this had created a gap between Jaya and Rekha who had been friends earlier. Back in 1990s in an intervie with Simi Garewal in 1990s, Rekha denied saying that there was a rift between the two. Calling Jaya Didibhai she said that (Jaya) is very mature.