When Sonam Kapoor made Salman Khan CRY on the sets of Prem Ratan Dhan Payo... 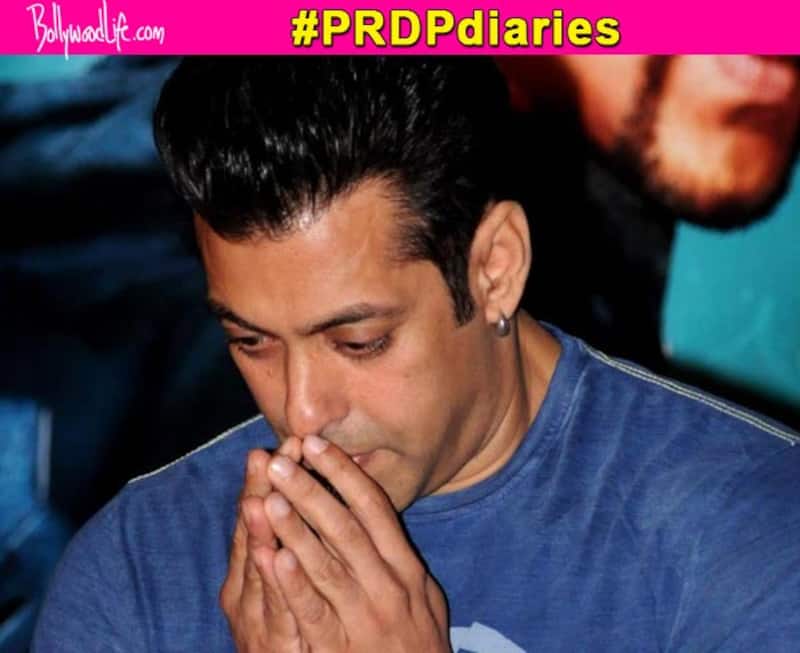 Yes! This happened. Read on to find out the full story...

Believe it or not but Salman Khan is very emotional. He may always play the tough guy or the action hero onscreen but in reality he is this softie who can easily be moved to tears. And it so happened that during the shoot of an emotional scene in his upcoming film Prem Ratan Dhan Payo, the actor could't hold back and broke down like never before. Yes! It was this particular sequence with Sonam Kapoor that required Salman to deliver some really touching dialogues and create that whole feel. But turns out Salman got too involved into his character. So much that seeing a teary eyed Bhai, even film's director Sooraj Barjatya and the remaining cast got extremely emotional. We can only imagine how this scene would have looked like at that point of time. Also Read - Bigg Boss 16, Day 5, Live Updates: Tina Datta questions Shalin Bhanot and Sumbul Touqeer's connection

A similar situation had also happened during his previous release Bajrangi Bhaijaan. However, Salman assures that PRDP will touch your hearts even deeper. "BB was about Hindu-Muslim ties and the story was about beyond the borders. But Prem Ratan Dhan Payo will bring out the internal conflicts in families...between brothers and sisters. So just prepare yourselves and hold your tears.". says the actor. Also Read - Bigg Boss 16: Sajid Khan makes early revelation about who'll be one of the finalists on Salman Khan's show and it's NOT HIM