The Indo-Canadian YouTube sensation was in country and she dropped by SRK-Kajol's Dilwale sets...

Superwoman aka Lily Singh was in India recently. She dropped by the sets of Rohit Shetty's upcoming film Dilwale which stars Shah Rukh Khan, Kajol, Varun Dhawan and Kriti Sanon. The Indo-Canadian comedian had a blast on the sets, says source. Also Read - Filmy Friday: When Shah Rukh Khan got angry at a reporter and the reason was AbRam

She hung out on the sets of Dilwale and turns out that Superwoman is a Rohit Shetty fan. About her experience on Dilwale's set with Varun and Rohit, Superwoman told a leading daily, "I enjoy his kind of comedy, which is very physical. I think it is really difficult to do and he does it so well. They had a beautiful set and it was just too much fun hanging out there." Also Read - Kiara Advani, Pooja Hegde, Kriti Sanon: These 6 Bollywood beauties are a HIT with south Indian filmmakers 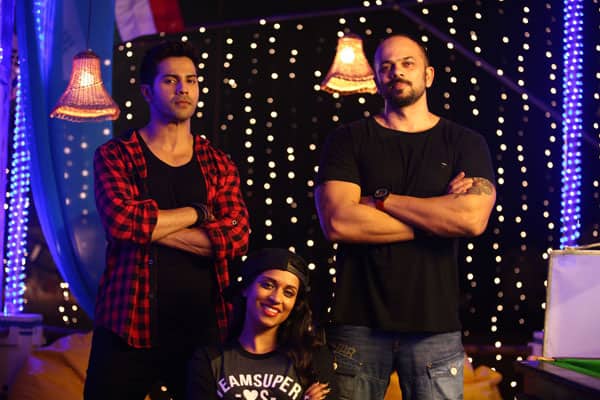 Also Read - Varun Dhawan has THIS to say about Friends Reunion

Guess what she thought of Varun Dhawan. Well, Superwoman thoroughly enjoyed the Badlapur actor's company. The two spent a long time chatting about actor and wrestler Dwayne Johnson's stint as The Rock! Varun even did an impression of the WWE wrestler for Superwoman! The YouTube sensation loved Varun impression and told the leading daily, "Varun is a crazy fan of his and did a great impression of him. I didn't think I'd meet someone and talk about The Rock of all people!"

While Superwoman chilled with Varun and Rohit Shetty on Dilwale's sets she couldn't meet SRK whom she has been acquainted with in the past. SRK's kids Aryan and Suhana are big fans of Superwoman and the actor invited the YouTube comedian over to Mannat where Aryan and Suhana played treasure hunt with them! This time though, she couldn't meet Shah Rukh's family as he was in London.