Which look of Varun Dhawan from Judwaa 2 do you love the most?

Which look of Varun Dhawan from Judwaa 2 do you love the most - the geeky Prem or naughty Raja?

Varun Dhawan, Jacqueline Fernandez and Taapsee Pannu kickstarted Judwaa 2 a few days back and we are excited to see the film. And to add some more excitement, the makers launched the first look poster of Varun Dhawan. We already knew the actor plays a double role in the movie and this latest pic, we get to see both the looks sported by Jr Dhawan. One is the geeky Prem and the other is the naughty Raja. While we liked both the looks and were divided over which look is better, we thought about asking your opinion. So tell us, which look of Varun Dhawan from Judwaa 2 did you love the most? Also Read - Varun Dhawan starrer Bhediya, Kartik Aaryan starrer Bhool Bhulaiyaa 2 and more upcoming Bollywood horror movies to watch out for

While Prem is the dapper, sensitive and good boy in the movie, Raja is the cool and badass guy who is surrounded by girls all the time. In the first look, we see Prem wearing a suit, T shirt and tie. Raja, on the other hand, is flaunting his six packs sporting an open t-shirt and ripped jeans. ALSO READ - Judwaa 2 first look out! Varun Dhawan looks kickass in his double role as the geek and the tapori Also Read - Trending Pics of the day: Mouni Roy’s first pic with to-be-husband Suraj Nambiar, Rajummar Rao-Patralekhaa’s weird mirror selfie and more 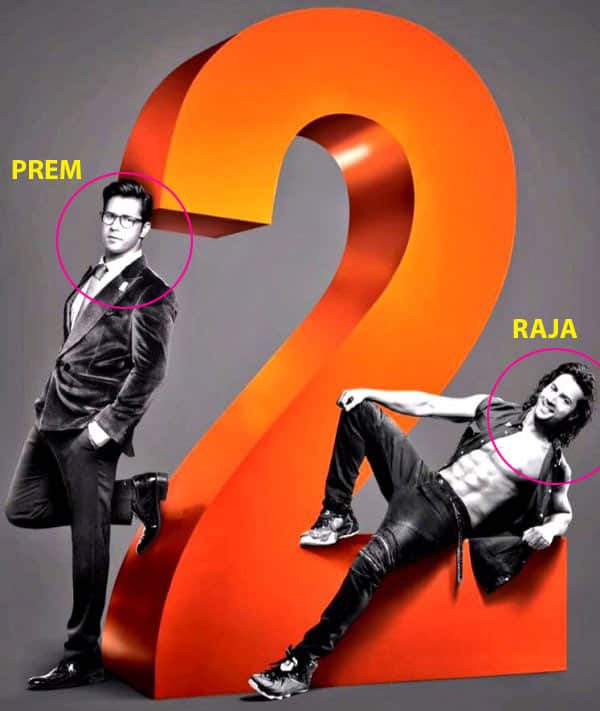 Judwaa 2 is the sequel to Salman Khan's Judwaa, which was a superhit. The movie was about twin brothers, who were separated soon after birth and meet in adulthood to defeat their common enemy, a notorious criminal. Parallel love stories of both the brothers were also shown in the film, making it a fun watch. Director David Dhawan revealed recently how the films will be similar, but will have a lot of changes in the storyline. Looks like the team is trying to take Judwaa 2 to another level. ALSO READ - Varun Dhawan, Jacqueline Fernandez and Taapsee Pannu's Judwaa 2 goes on floors - view pics

Apart from Varun Dhawan, Jacqueline Fernandez and Taapsee Pannu will also be seen in Judwaa 2. The trio have already started shooting with a special song and now, we are really eager to see Jacky and Taapsee's look too. Salman and Karisma will also be seen doing in the film. Anyway, vote for your favourite Varun look from Judwaa 2 in the poll below!