Check out these pictures of celebs owning the airport look!

Celebs are growing trendier with their airport looks and you better not miss them!

Deepika Padukone is currently riding on the success wheels of the film industry! Having delivered 3 hits in a year is a newfound talent that Deepika has learnt! The actress’ Mastani avatar of Bajirao Mastani has received rave reviews and we obviously know why! The Piku actress has surely had an amazing year from its start to its end! But the busybee is not going to stop here. Recently when she was spotted at the airport, she looked her classy best in a grey maxi and red overcoat which we have seen before. But I still can’t get enough of the red overcoat. It gives you the winter feels and looks super chic! Also Read - Worst dressed celebs of the week: Sonam Kapoor and Twinkle Khanna's airport style is an eyesore

And while Deepika here was waltzing towards the airport, Arjun Kapoor was spotted too! But looks like Arjun was in an off mode! The actor gave a stern look to the shutterbugs and we wonder what the cause of that is. He was sported wearing a blue textured sweatshirt along with casuals and slippers. Arjun recently got back from Khatron Ke Khiladi 7 shoot and now that he’s back, we’re curious to know what he’ll be upto next! 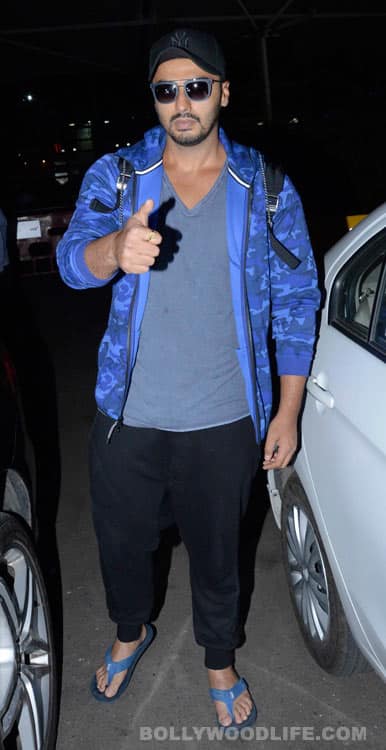 While these two celebs made their way through the airport, Mira Rajput’s doting daughter-in-law concerns is what really caught our attention. Shahid Kapoor’s wife was spotted with Pankaj Kapur and Supriya Pathak at the airport. Mira looked super cute in her blue ensemble and was scurrying around to make sure the family reached from airport to the venue of Stardust awards on time. Mira is so giving us doting daughter-in-law goals, don’t you think? 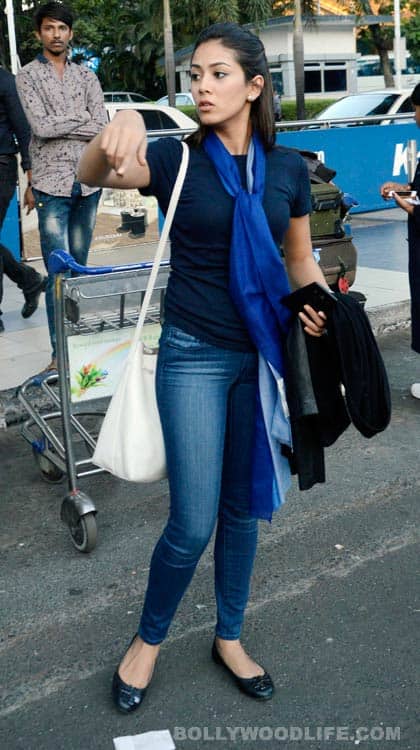 Well, we’ll keep an eye out for the latest news and updates so you peeps stay tuned to this space for more!