The sequel to 2017's sleeper hit Hindi Medium went on the floors just a few days back as Irrfan Khan returned to India after undergoing medical treatment. The second installment is titled Angrezi Medium and will mark Khan's comeback on the big screen, post the brief break that he took as he was getting treated for neuroendocrine tumour in London. He returned to Mumbai last month. And so, fans of the actor have been super excited not only because of Irrfan Khan's return but also because he will be seen sharing screen space with Radhika Madan and Kareena Kapoor Khan. Also Read - Irrfan Khan's Angrezi Medium co-star Radhika Madan REVEALS she was advised surgery to have a 'particular shape and size' during auditions

And as the first schedule of the film is underway in Udaipur, many fans have been dropping by on the sets, trying to take pictures and videos of Irrfan on their mobiles. While the makers have been revealing BTS pictures once in a while, they certainly don't want the intriguing aspects of the film to get leaked before the release. And so, they have strengthened the security around the actor and on the sets to keep any unsuspecting filmers away. While the makers have not been too harsh on the fans, they are making sure that the story of the sequel remains guarded. Also Read - Kareena Kapoor Khan trolled for her yoga picture; netizens say 'buddhi ho gayi ho tum'

Meanwhile, the makers didn't want to disappoint Irrfan's fans and released another BTS picture of the actor with director Homi Adajania. In the click, the director-actor duo is seen sharing a light moment on the sets. Here's the picture: Also Read - Bollywood men have money, not sure about brains – 7 times Kareena Kapoor had our hearts with her Poo-like sassiness 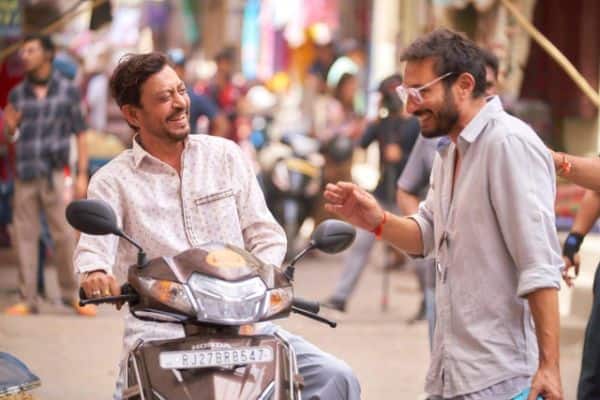 Earlier, Irrfan had shared the first look and a still from the film on Twitter and had written, "GMB serving since 1900s It’s going to be fun to tell another story #AngreziMedium. Coming soon, with Mr Champakji...Aa Raha Hu phir entertain Karne Sabko #ItsTimeToKnowChampakJi #AngreziMedium? ??" Needless to say, fans thronged to welcome the star and poured in wishes as he got back to the grind.

GMB serving since 1900s It’s going to be fun to tell another story #AngreziMedium.

Even director Homi Adjania has taken to Instagram to share a BTS picture. The filmmaker posted a picture of Radhika Madan, Ranvir Shorey and himself and captioned it as 'The subjectivity of humour'. Check it out here! 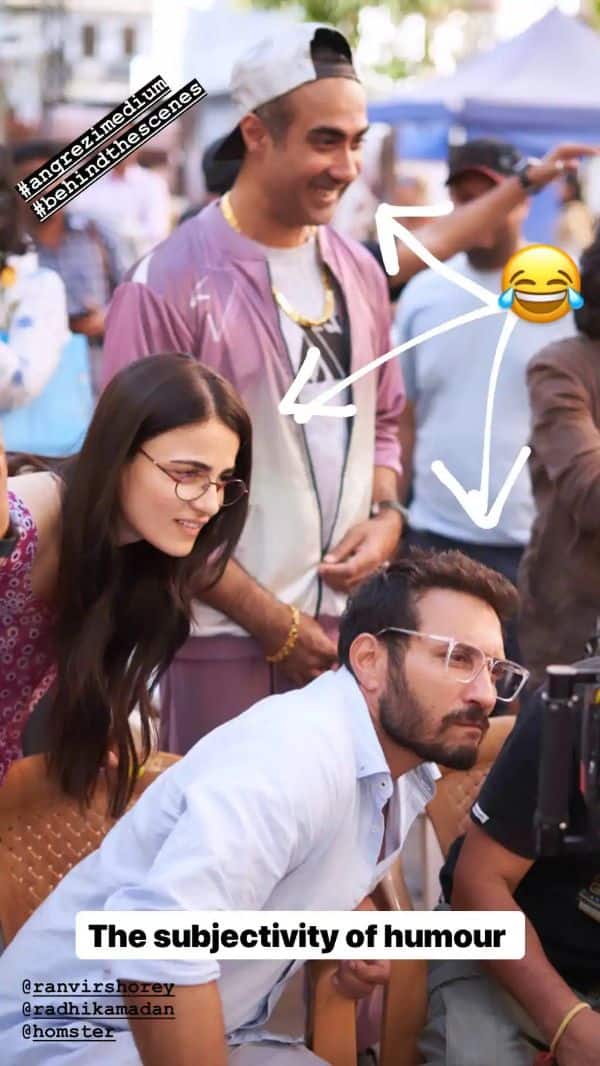 Producer Dinesh Vijan, earlier in an interview, had gotten emotional speaking about the first shot of Irrfan on the sets. He had said, "Having him (Irrfan) back on the set was a surreal feeling, he’s undoubtedly one of the best actors in the country. When he gave the first shot, everyone around got emotional. For me, it was one of those life-defining moments working with him again after Hindi Medium. Having him and Homi together was something all three of us have always wanted."

Talking about Angrezi Medium, Irrfan and Deepak Dobriyal will play brothers in the film who have inherited a 100-year-old sweet business and are also rivals. A distant cousin, played by Manu Rishi, who owns a biggest sweet shop also adds to the rivalry within the family. Stay tuned to BL for more updates and scoops!