While Ranveer Singh is killing it with his tribute to Khal Drogo in Padmavati, Jason Momoa has moved on to be the Aquaman in Justice League - watch videos

Ranveer Singh mesmerised everyone with his Allauddin Khilji's avatar but did you notice Khal Drogo Jason Momoa's Aquaman avatar? 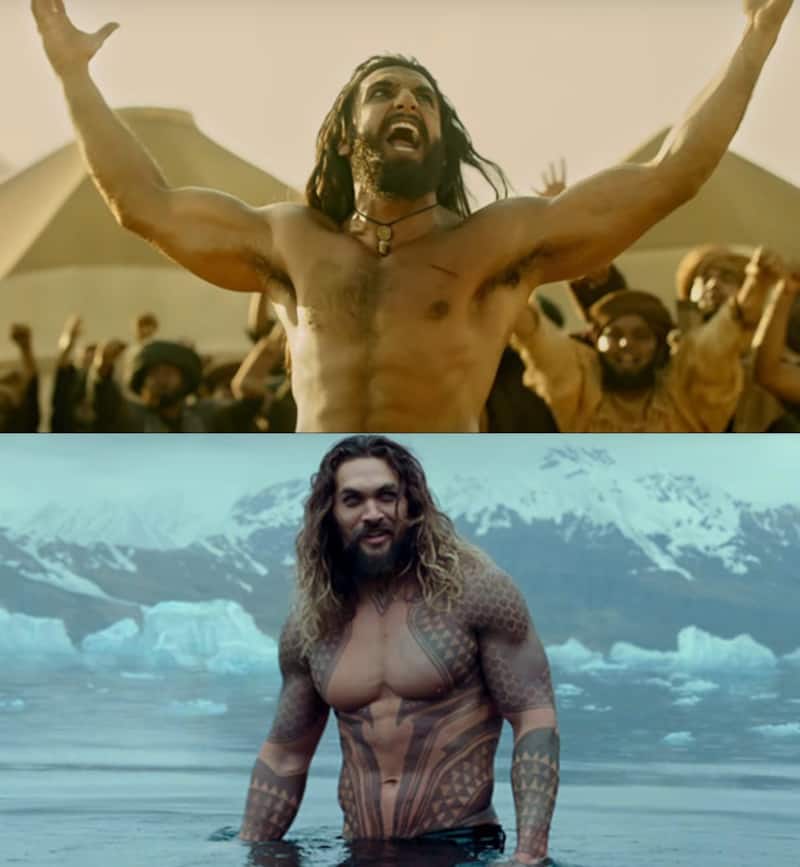 Earlier today when the trailer of Padmavati released it left everyone is a state of awe and more than anything else people were floored by Ranveer Singh's portrayal of Sultan Alauddin Khilji and the madness he portrayed onscreen. One look at his character and the first thing that came to everyone's mind was Jason Momoa's portrayal of Khal Drogo from Game Of Thrones. There were many who compared Ranveer's Alauddin Khilji look to Jason's Khal Drogo and the internet as filled with such comparisons. We, at BollywoodLife, too did an elaborate piece on the same. Also read: Padmavati trailer: Ranveer Singh is giving us major Khal Drogo vibes Also Read - Trending Entertainment News Today: Prabhas-Om Raut's Adipurush teaser criticised by MP minister, Richa Chadha-Ali Fazal's wedding reception is a starry affair and more

While we are gushing over Ranveer Singh's look and vibe and reminiscing Jason Momoa's Khal Drogo, not many realised that just yesterday trailer of latest Jason Momoa film dropped too. And just like Padmavati it too received rave reviews and is one of the most awaited films of 2017. Also Read - Ranveer Singh subtly quashes separation rumours with Deepika Padukone; calls her, 'My Queen' [View Post]

Check out the trailer of Justice League below:

On the other hand Padmavati trailer has turned out to be one of the best we have witnessed this year. The posters itself were enough as they created lot of buzz, with the trailer director Sanjay Leela Bhansali has gone for the kill. The film is bound to fetch a flying start at the box office and with this majestic trailer it has re-instilled everyone's faith in Bollywood. Also read: Padmavati trailer: Ranveer Singh's cruel intensity, Shahid Kapoor's Rajput warrior avatar and Deepika Padukone's ethereal beauty will haunt you for days to come

Check out the trailer below:

Let us know what you think about both the trailers in the comments section below.