[INSIDE PICS]: While Taimur was all smiles looking at mom Kareena Kapoor Khan, Laksshya Kapoor had a blast on his first birthday

Check out these inside pictures of Taimur Ali Khan and Laksshya Kapoor at the latter's birthday bash.

Laksshya Kapoor's first birthday was one hell of a party! Tusshar Kapoor's son turned a year old and the proud single Dad hosted a grand party. Not just Bollywood celebs but even television celebs attended the birthday bash. Laksshya enjoyed his first birthday party to the fullest and we have proof. We got some inside pictures of the party and baby Laksshya is seen having a great time. There were swings, ball pits and everything that kids would love. Another baby who got the most attention after Laksshya was Kareena Kapoor Khan's son Taimur. Oh how adorable these kids looked at the party! Also Read - From Uday Chopra to Twinkle Khanna: Star kids who are the Richie Rich's of Bollywood despite being flop

One look at Taimur and you would just want to cuddle with him. While Laksshya was having a great time meeting people, smiling at them and playing with his buddies, Taimur was busy looking at his mom. The star kid even smiled for his mom when she tried to take a picture of him. Though Laksshya and Taimur just stared at each other when they were first introduced, we're pretty sure that two will become great buddies. Kareena was seen socialising with Ekta and others at the party. Laksshya also bonded with Tabu and there is a picture of him smiling at her when she asked to hold him. (ALSO READ: Tusshar Kapoor reveals what exactly happened when his son Laksshya met Kareena Kapoor Khan’s son Taimur) Also Read - From Scooby Doo’s van in Bhoot Police to Tom and Jerry’s antics in Golmaal 4 – check out all the times when Bollywood was inspired by Hollywood cartoons

Aren't these kids just too adorable? Grandfather Jeetendra was also clicked holding his grandson and posing for the cameras. These inside pictures of the party will make you go 'Awww', each and every one of them. Kareena and Ekta were also seen indulging in some serious conversations at the party. We are guessing it was some hot gossip since Kareena had a frown on her face and Ekta had her finger to the lips asking her to shush maybe. Well, it could be about their upcoming film, Veerey Di Wedding, too. Who knows! Also Read - Fans express concern over Naseeruddin Shah's frail avatar after he gets discharged from hospital - view pics

Though we would have loved to see pictures of Laksshya and Taimur's bonding but we only got pictures of them enjoying separately. Check out these pictures right here. 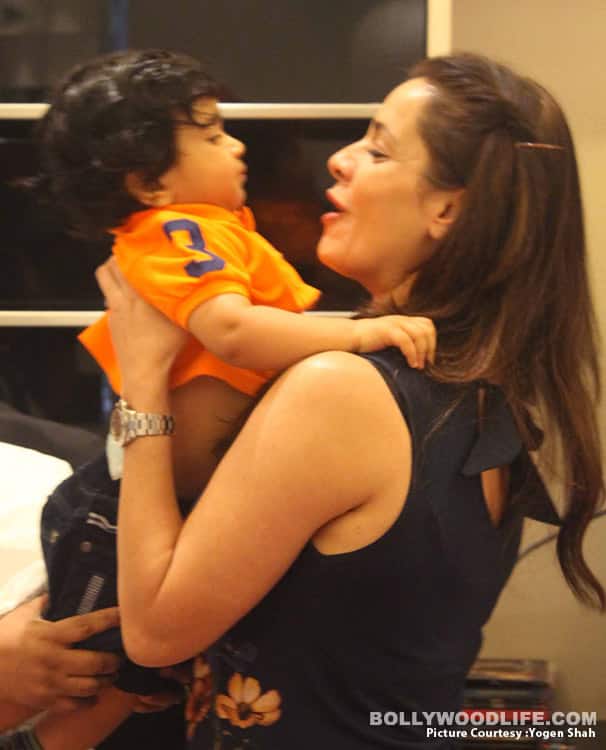 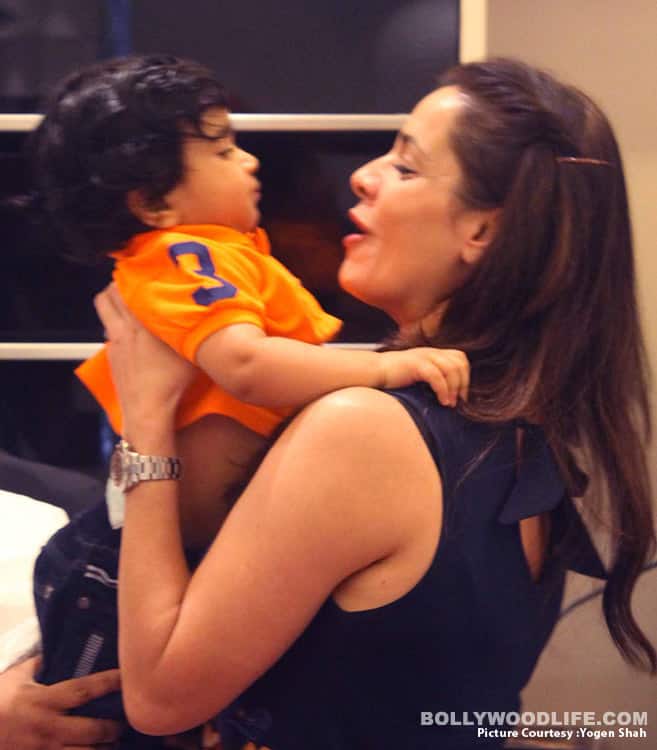 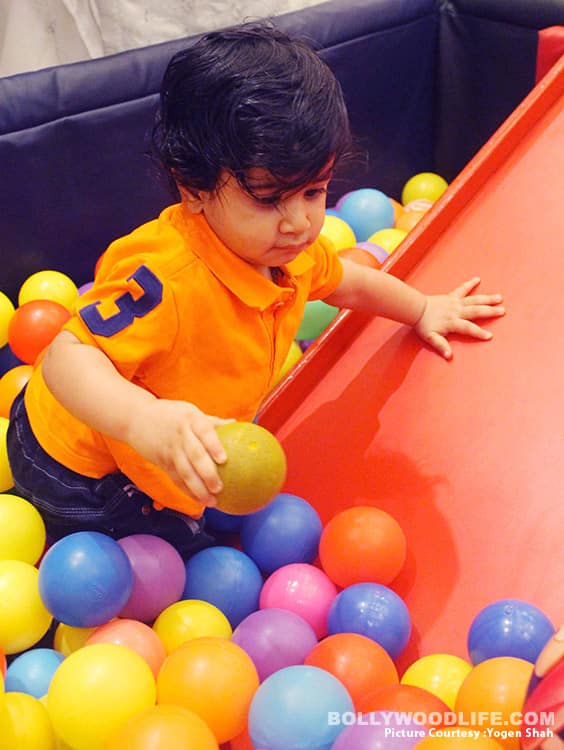 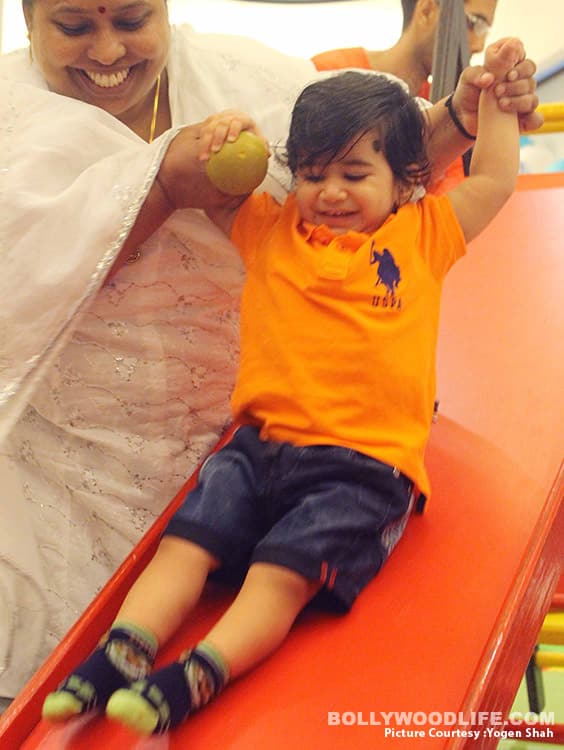 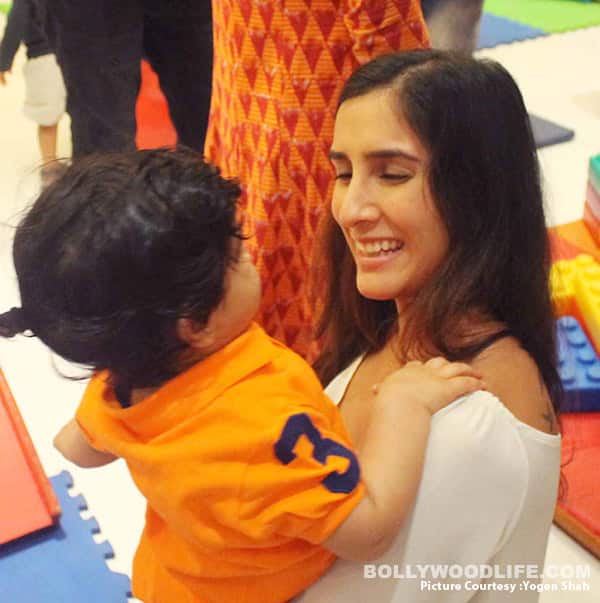 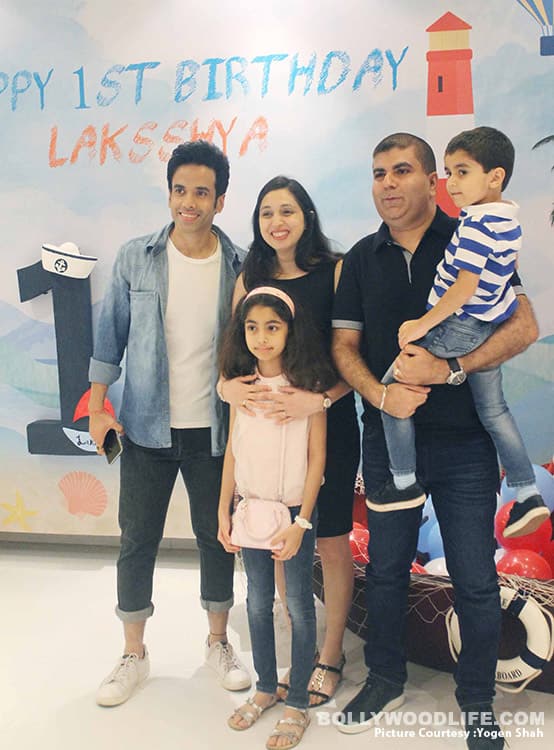 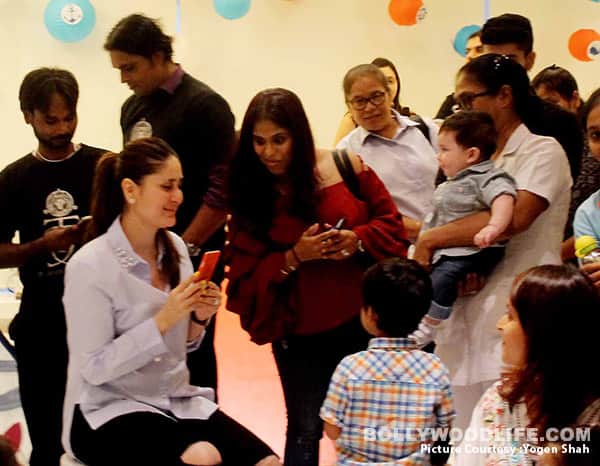 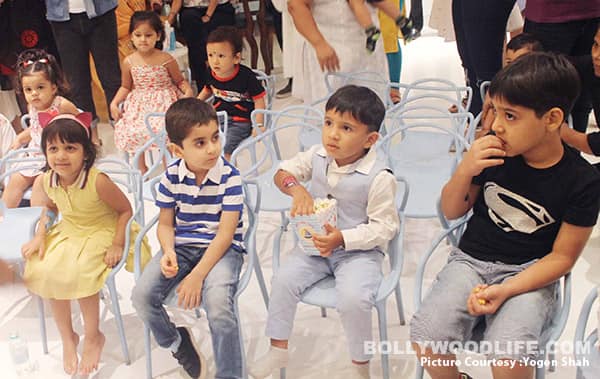 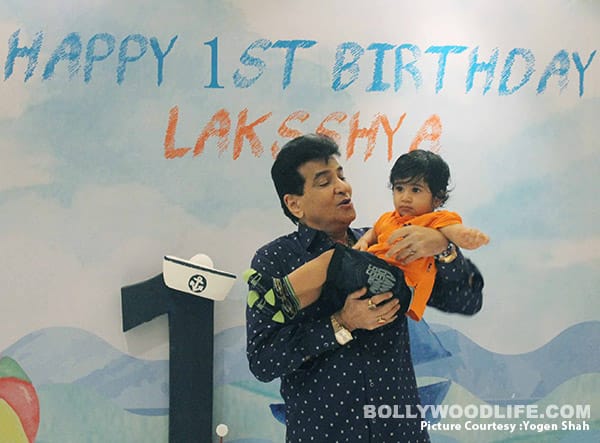 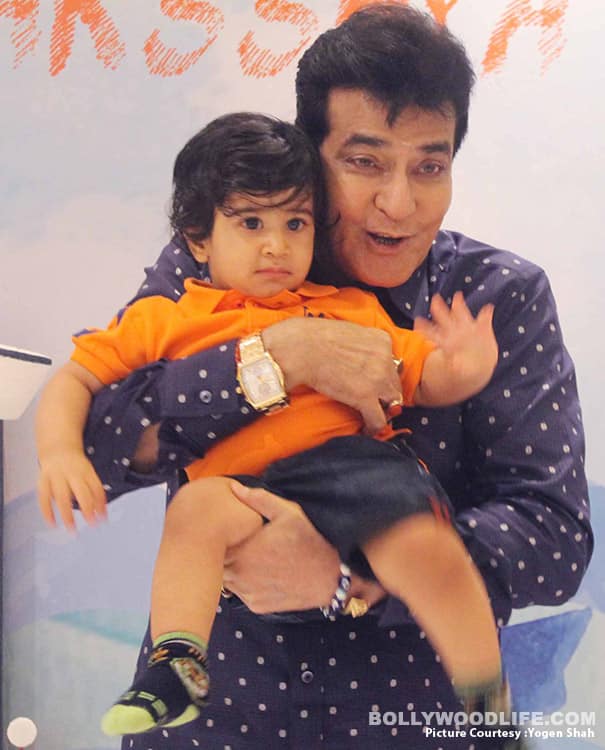 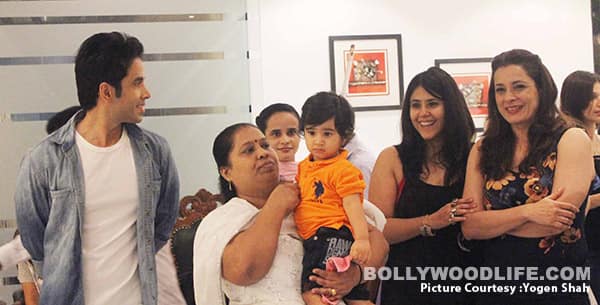 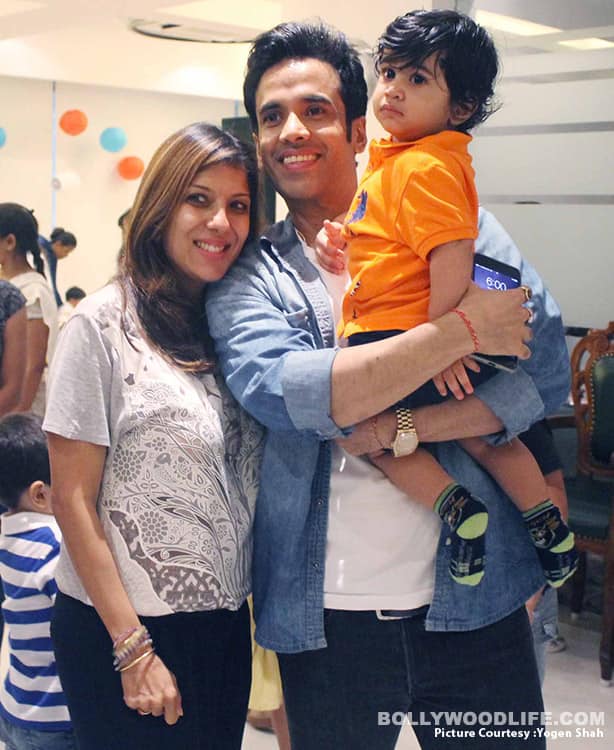 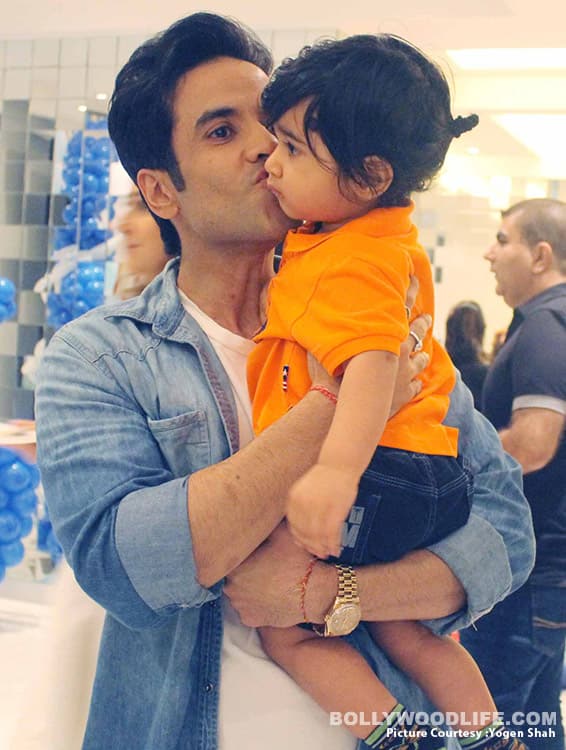 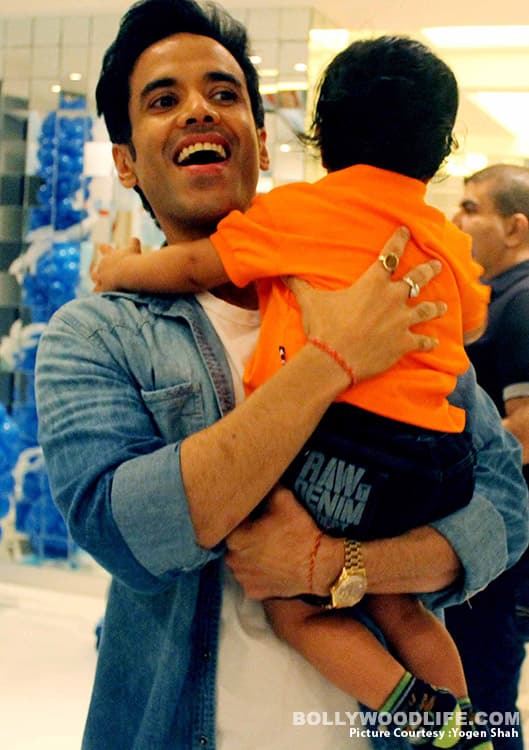 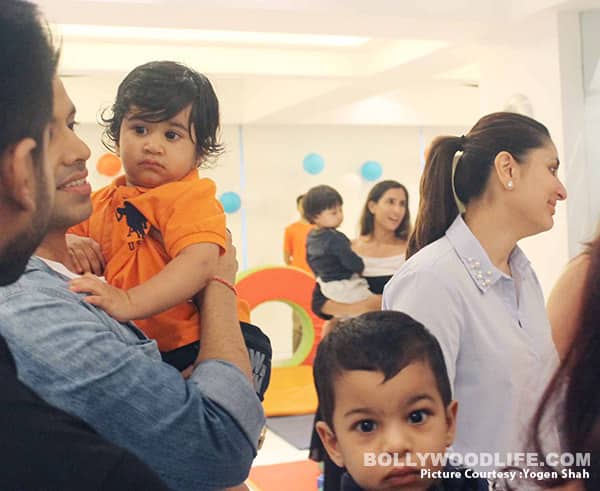 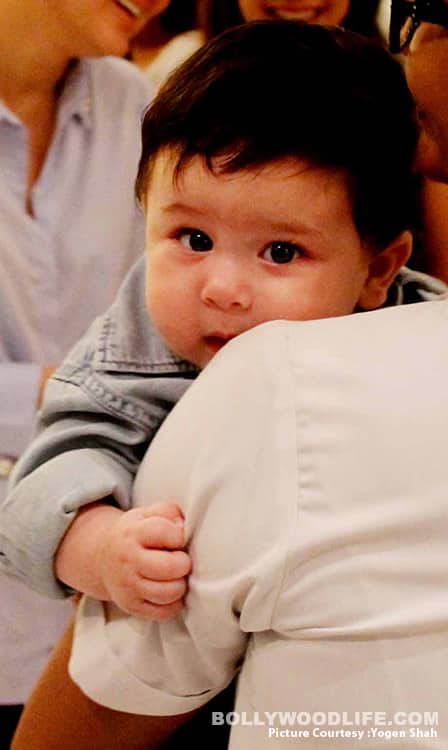 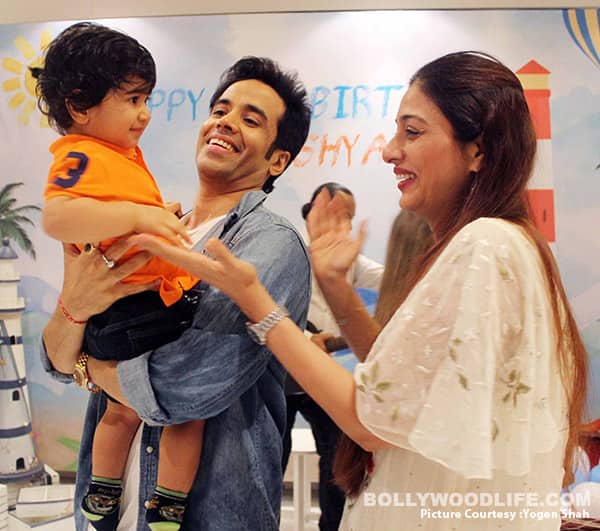 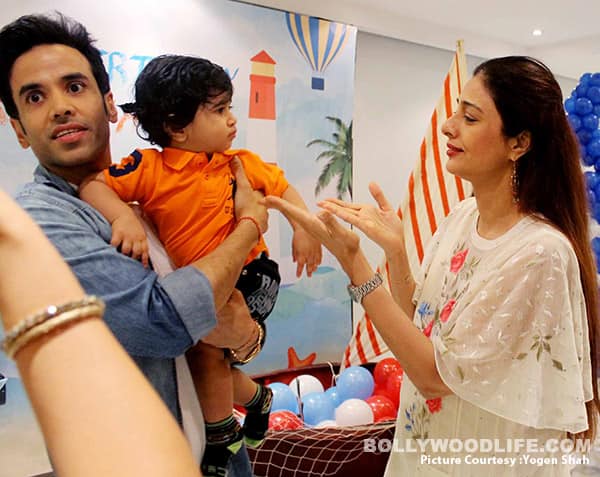 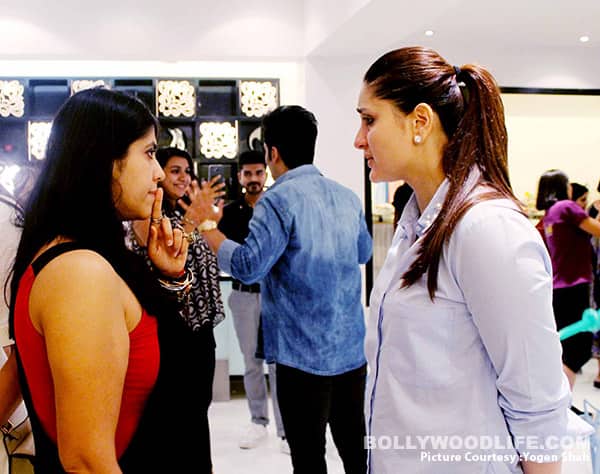 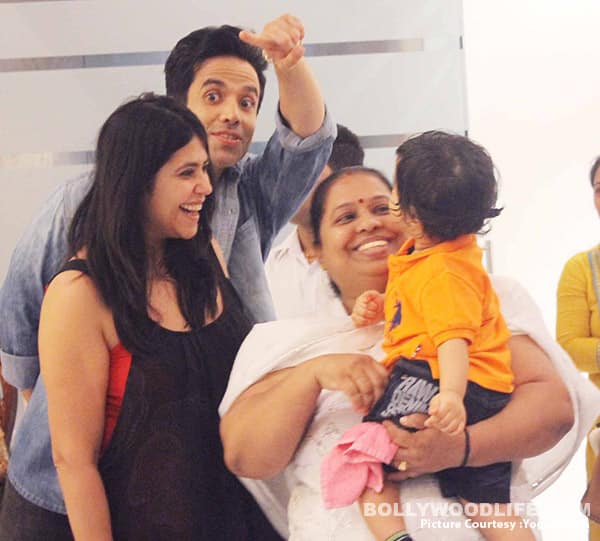 Aren't these pictures just too cute? Tell us what you think in the comments below and stay hooked with us for more.