Who does Sonu Nigam consider a better singer than him?

Sonu Nigam thinks someone else has a better voice than him ? WOW..

Although fans may disagree that there is a better singer than Sonu Nigam but the singer himself has a contrasting opinion. Bollywood singer Sonu Nigam, who has sung a track on behalf of singer Shaan's band Superbia for upcoming film Baa Baa Black Sheep, feels Shaan has a “better voice” than him. “What an honour to sing for Shaan... A better voice than me... For a song composed by his Superbia for 'Baa Baa Black Sheep',” Nigam posted on Twitter on Friday. Also Read - Someone photoshopped Anupam Kher on the Iron Throne and he is overjoyed

What an honour to sing for Shaan.. A better voice than me.. 4 a song composed by his Superbia for Baba Blacksheep :) https://t.co/uOsNs9hYeK 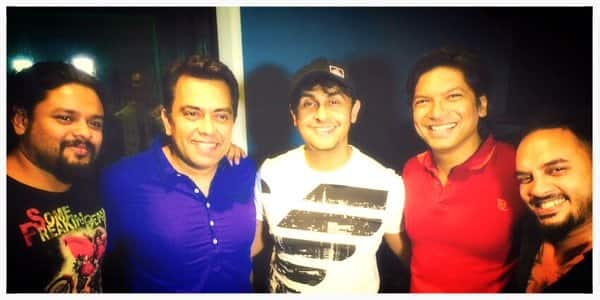 Both Shaan and Nigam have been part of the Indian music industry since last few decades. They are known for their melodious and romantic songs. Directed by Vishwaas Paandya, Baa Baa Black Sheep stars Manish Paul, Anupam Kher and Annu Kapoor among others. Do you agree with Sonu Nigam? Who do you think has a better voice- Sonu Nigam or Shaan? Tell us in comments below! Also Read - 500 films and a congratulatory video from Robert De Niro, surely Anupam Kher is on TOP OF THE WORLD - watch video!