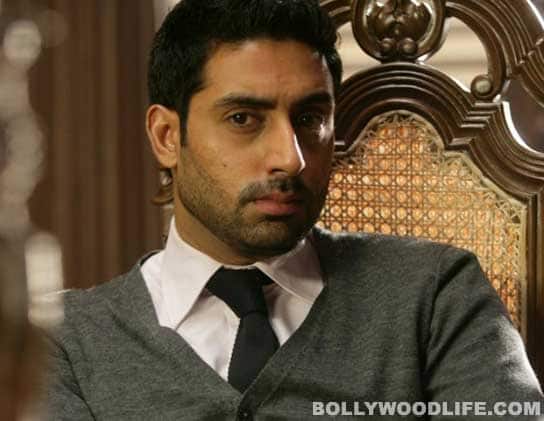 The Players star has been going through a rough patch in B-town and isn’t really known for his acting skills, so we were surprised to hear about his masterclass in the UK…

Abhishek Bachchan’s Twitter introduction is ‘Actor........ well at least some say so!’ and everyone agrees with that. But for a few exceptions - like Mani Ratnam’s Yuva and Guru and Shaad Ali’s Bunty Aur Babli - Jr B’s acing skills have been suspect and usually subjected to much criticism. But then, out of the blue, there was a surprise for us on the micro-blogging site that we all love reading: filmmaker Anurag Kashyap recently tweeted, “Must Attend - Abhishek Bachchan's acting masterclass at Tongues on fire film fest in london.. Mar 16-24” We aren’t sure if Kashyap was being sarcastic, of course! Also Read - When Sonu Sood reminded Aishwarya Rai Bachchan of Amitabh Bachchan while working in Jodhaa Akbar; here's what happened

Ironically, Abhishek is expected to be there to watch the opening film in the festival - Michael, with Naseeruddin Shah playing the title role. Wouldn’t it be well-deserved if Naseer sa’ab was invited to share acting tips? Also Read - Trending Entertainment News Today – BTS' Jin is all set to become an uncle soon, Rakeysh Omprakash Mehra burnt a script after being unable to launch Abhishek Bachchan?

We heard that apart from Abhishek, director Sanjay Leela Bhansali will also be present. The director has been invited to deliver a lecture on Nargis Dutt at the University of Westminster. His films Black and Guzaarish will be screened. We hope his audience is a particularly patient lot with plenty of hankies tucked into their sleeves!