Kalki Koechlin and her heavily BORROWED sense of style.

A quintessential outsider, who is known for her sartorial choices and a penchant to essay unconventional roles, Kalki Koechlin makes heads turn with her impish looks, dazzling smile, and an affable nature. A moody dresser, Kalki has maintained her tryst with unexpected styles and experimented to the hilt, strongly accentuating the vibe of less being more and more being boring with her minimalist preferences. With comfort being the key, Kalki is amongst the rare breed of tinsel town stars who have embodied a personal sense of style, over a career spanning almost a decade. This is the reason why Kalki’s recent fashion choices that have clashed with that of her contemporaries like Alia Bhatt, Jacqueline Fernandez, and Anushka Sharma, have made us question her innate style sensibilities. Repeating looks, Kalki has committed some irrevocable fashion faux pas in recent times. Also Read - THESE fresh pairs are set to impress the audience with their chemistry on the silver screen 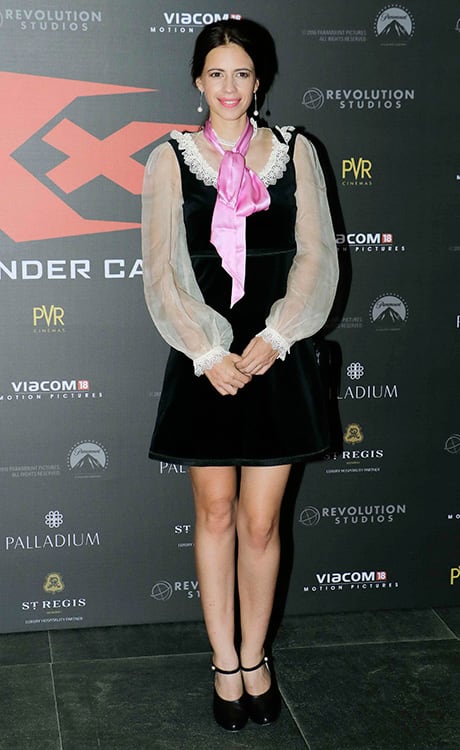 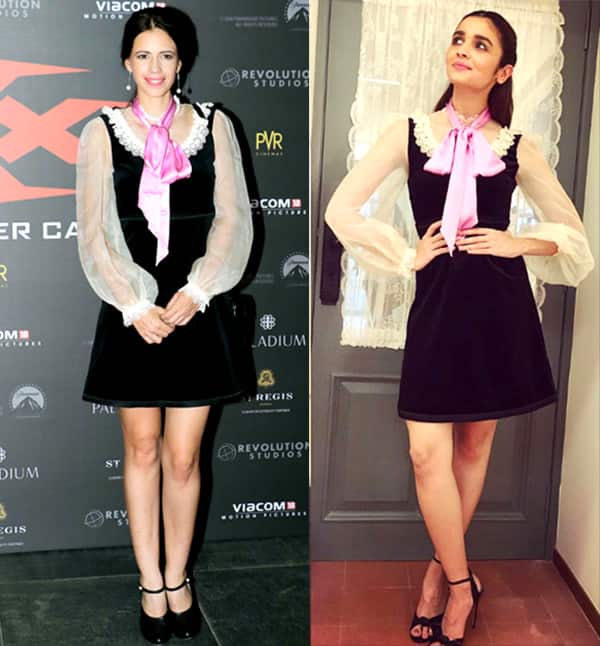 We laud Kalki’s choice of the Gucci dress as opposed to stereotypical red carpet gowns but the look failed to invoke the same resplendent vibe as Alia’s. A stylist malfunction, Kalki’s look missed the surprise and wow factor since it was a rip-off. 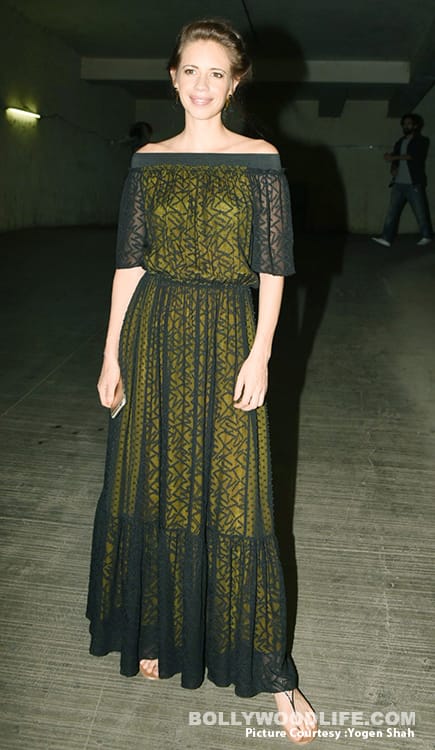 Attending the screening of her movie, Death In The Gunj recently, Kalki was snapped wearing a shift maxi dress by Nimish Shah which she teamed with an elaborate braided updo, a barely-there makeup of delicately lined eyes, nude lips and a pair of delicate thong sandals. 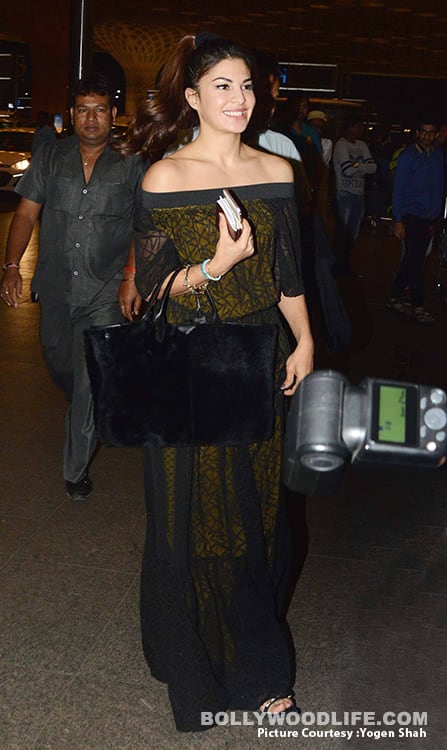 Going chic while traveling to Sri Lanka in December last year, Jacqueline had pulled off a sheer black, off-shoulder shift maxi dress with a bright yellow lining underneath by Nimish Shah and accessorized her look with a black velvet bag, high pony, minimal makeup of winged eyes and nude pink lips complimenting the breezy look. 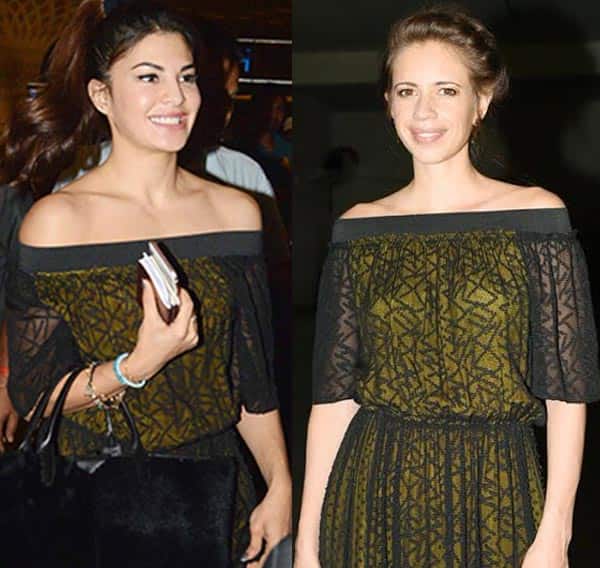 Breaking the seasonal stereotype of the versatile maxi dress, we think Kalki pulled off the look with her signature elan, courtesy the braided updo and a minimal style vibe. 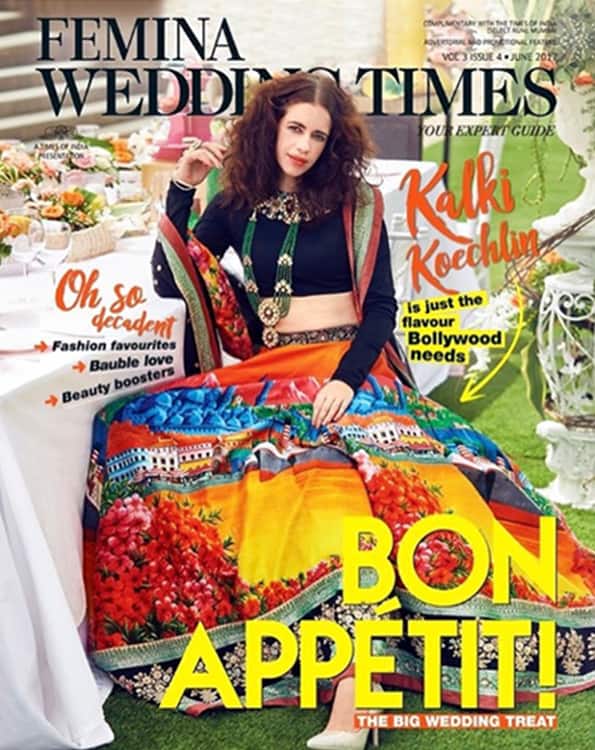 Wearing a Sabyasachi hand-painted and a hand-printed lehenga from his Spring Summer 2017 for the June edition of Femina Wedding Times, Kalki Koechlin turned the perfect whimsical muse with tousled hair and those #lit shades. 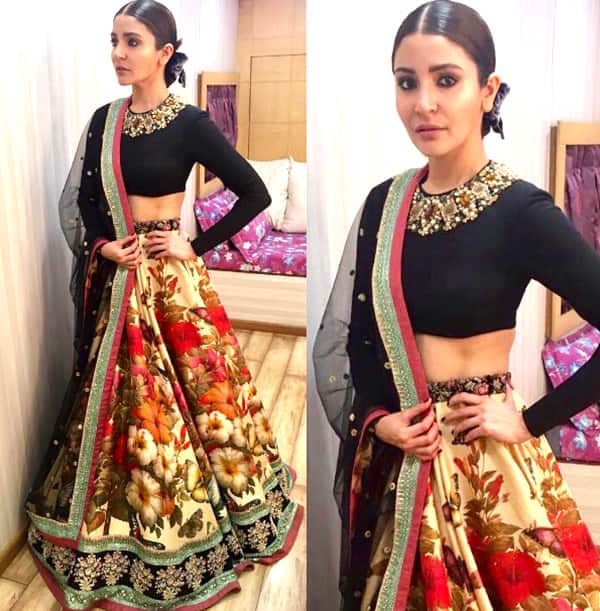 Promoting her flick, Phillauri in March, Anushka Sharma had donned an elegant black China Rose hand-painted, hand-printed and hand-embroidered lehenga with a velvet black choli and a dupatta from Sabyasachi’s Spring Couture 2017 collection and topped off the look with a centre-parted bun, smokey eyes, and nude pink lips. 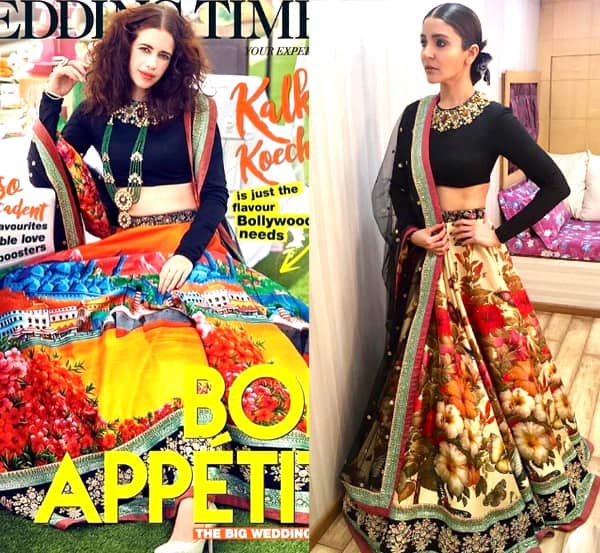 Clearly, a stylist malfunction to repeat a look that’s similar to Anushka’s, Kalki embodies the contemporary-and-edgy bride with that messy hairstyle and a devil-may-care attitude.