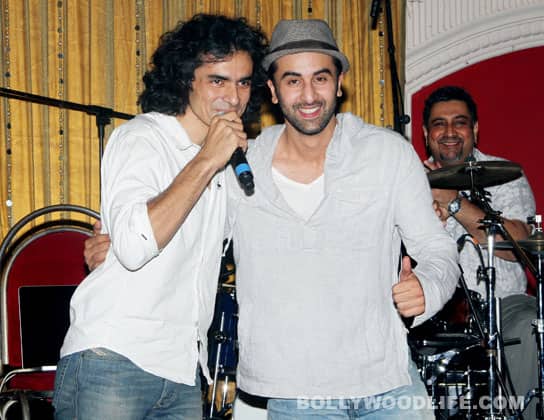 Apparently the Rockstar actor wants the same director to helm his future project. But looking at their diaries, it seems they will have to wait a long time for that to happen

Imtiaz Ali gave Ranbir Kapoor a film that brought out his acting talent in a way no director has managed so far. So, it isn’t a surprise that the blue-blooded actor wants to work with him again. This isn’t the first time an actor who has worked with Imtiaz has been blown away by his direction abilities. Remember after Jab We Met, Kareena Kapoor expected her director would cast her in his next, especially since it also starred her beau Saif Ali Khan. That didn't happen and Deepika Padukone bagged the role instead. Anyway coming back to Ranbir-Imtiaz. According to newspaper report, the Kapoor boy suggested to his producer Sajid Nadiadwala that his Rockstar director should helm the screen adaptation of Chetan Bhagat’s 2 States. Since it is a love story and Imtiaz is called the king of modern-day onscreen romance, they would make a winning combination. But do these two have the time and mindspace for another film? Ranbir is currently working on Barfee and after that, will shoot for Aayan Mukherjee’s film opposite Deepika. Imtiaz, meanwhile, is already committed, as the creative producer, for his wife Preety’s first production venture – the official remake of Korean hit My Girlfriend Is An Agent. Let’s see if even after all that Ranbir feels the same for Imtiaz. 'Coz finally in Bollywood, only box office results dictate future plans! Also Read - Vaani Kapoor hopes filmmakers feel confident to approach her for any role after watching her in Chandigarh Kare Aashiqui