Kaafir is written and directed by Sonam Nair, who has previously worked on projects like Wake Up Sid and Gippi.

Dia Mirza and Mohit Raina starrer ZEE5 original series Kaafir opened to a great response. The story is set in Kashmir and the lead pair’s hard hitting performance received rave reviews. Kaafir is written and directed by Sonam Nair, who has previously worked on projects like Wake Up Sid and Gippi. In an exclusive interview with Zee5, Sonam spoke about how she wants to portray women in her projects, wanting to work with Ranbir Kapoor and fangirl-ing over films. Read excerpts from the interview below: Also Read - Trending Entertainment News Today: Sherlyn Chopra makes shocking revelations in Raj Kundra pornography case, Rakhi Sawant trends on Twitter and more

Did you consciously stay away from emotionally-wrenching scripts?
I think I was. I naturally am a very funny, happy-go-lucky kind of person. But I am very interested in the deeper, darker space – the things I read, the things I watch. I didn’t think I’d be good at that. I thought it might not go well with my personality. I enjoy them, but I thought it might look like I am trying too hard and could look fake. When Bhavani saw the episodes, she told me that because I am afraid the sentiments or the drama might look fake, I am the right person to do that kind of thing. I wouldn’t go that extra mile, and I’d be aware of what would be fake. That’s why everything looked so natural and organic. Any false element, you can just catch onto it. So, I was like, that’s a great way of looking at it. Also Read - Dia Mirza shares first glimpse of son Avyaan and it is the cutest thing on the internet today – see pic

Would we see you doing more of women-centric projects?
I would love to do a full-male project also with men, action, at war, it’d be really exciting for me. I think what’s really important is that some smart, brave and amazing women get together to show woman as they actually are. It’s a rare thing to see. When you see Kainaaz, you know a woman has written this. Men are doing some stunning writing, but to show the layers in Kainaaz, it would not have come. If Dia wasn’t such a smart, strong woman herself, she wouldn’t have been able to portray Kainaaz. If I wouldn’t have understood how women feel when they are raped or when they have a child, I wouldn’t have been able to show it like that. It’s not on my agenda but it’s very important to put real female characters out there. Also Read - Flashback Friday: 'Who the hell are you?' When an angry Kareena Kapoor Khan shouted at Dia Mirza leaving her 'very upset'

The idea is to show women as they are. I don’t know what are these women they show on the screens these days, who are these? Even in a full male cast, if I cast a female, I will make sure she is not out of place or a generic character. She has to have layers.

Sadly, the industry has very few female storytellers. Dia even called it a ‘sad statistic.’ What are your views?
I think for me it’s great, it’s very beneficial for me, that I am amongst the rare female directors in the industry. I get a lot of calls for projects people think a woman should direct, first of all how randomly they choose I don’t understand? What I really like is that we all know what it is like to be the minority. There is a lot of love and support amongst all of us, we all want to collaborate and work together, and share ideas with each other. It’s not a competition, everybody is very happy when a new woman writer-director comes in. I’d like to see more female technicians in though, we have a lot of editors, but we need more cinematographers, there are hardly any music directors. I think women themselves need to stop restricting themselves and doubt if they can do it or not.

Web is a very exciting space because it allows you to make whatever you want to make and it’s so much fun. If you stop thinking about what happens next, you don’t know what comes out of what. I made this short film Khujli, 15-minute film, no money. We just got everyone to do it, then Jackie Shroff won an award, Neena Gupta got Badhaai Ho from it. You don’t know what happens!

New Zee TV show Hamari Bahu Silk takes on female stereotypes that come with a woman’s career choice. Tell us about your perspective.
I feel like if someone is not paying your rent and your bills, they don’t have any opinion about your life. Let anyone say whatever they want. There is no point beyond that, how does it matter what people are saying? I do whatever I do, I say what I want to say. Because people who have an opinion about other people’s life have nothing going on in their own. You are not hurting your family, or anybody, then do whatever you want to do! 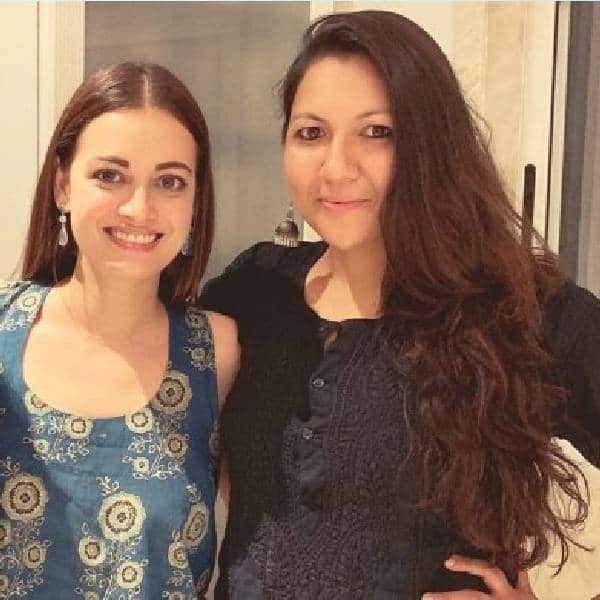 Which are your personal favourite storytellers?
There are so many! I love older films which I grew up on. I love Hrishikesh Mukherjee, Basu Chatterjee, Shoojit Sircar, Sriram Raghavan, Vishal Bhardwaj…there are too many! I love films and I get very excited when someone is making a new film. I am still a fangirl!

One actor you’d love to work with in future.
My first film was Wake Up Sid, I was an AD on that film. I have been just completely in love with Ranbir Kapoor, for years now. I know how he was then, how he has evolved now. I don’t know how I’d direct them him though because I’d find every take amazing only. I think he is just so talented and so gifted, that I’d love to show him in a different light.

What’s next on cards?
I am immediately right now doing a show which is super fun. It is about two real-life women, they are famous, and they are going to be portraying themselves. I will be creating a fictional background around them. It’s very experimental and fun. I really enjoyed going into drama and emotion, but I need something fun after Kaafir.