Women's Day 2022: Vicky Kaushal gives a shout out to his 'world' Katrina Kaif and mother Veena; shares an adorable click of the saas-bahu

Vicky Kaushal gives a shout out to his 'world' Katrina Kaif and Vicky Kaushal on the occasion of Women's Day 2022. He has also shared a picture of saas-bahu giving us a visual treat. 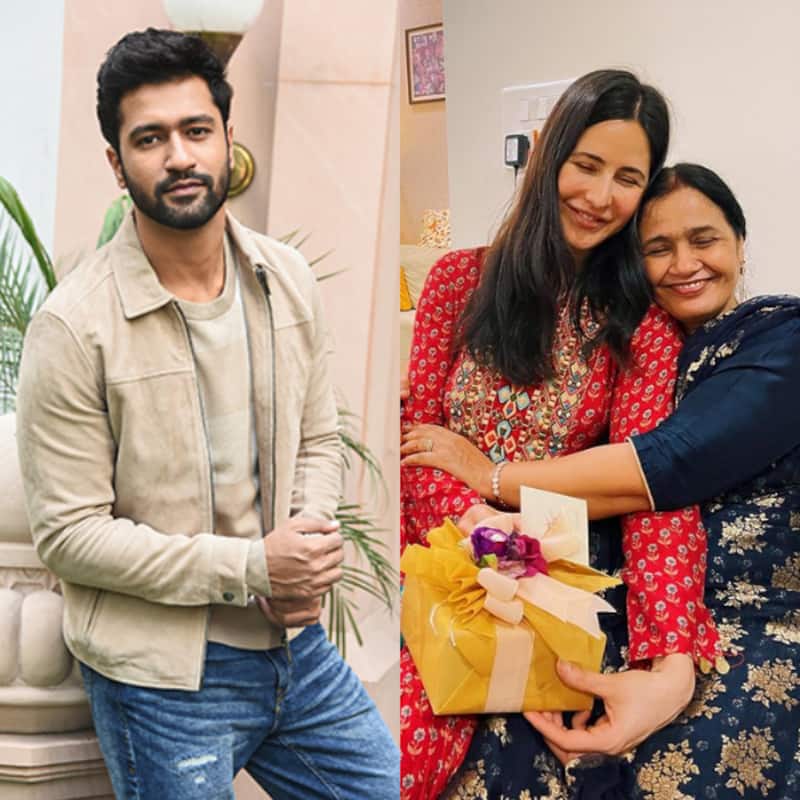 It's International Women's Day 2022 today and everyone is giving is a shout out to the women in their lives. Vicky Kaushal has shared an adorable picture of 'saas-bahu' aka Katrina Kaif and Veena Kaushal. He captioned the post saying, "My strength. My world," and posted a heart emoticon alongside it. Katrina is seen sitting beside her mother-in-law. Veena Kaushal looks like a doting mom-in-law to Katrina. Veena Kaushal is seen hugging Katrina. Katrina is also holding a gift. Both the ladies have the sweetest smiles on their faces. Check out the picture below: Also Read - Happy Birthday Sara Ali Khan: From Luka Chuppi 2 to Gaslight —Here's an interesting lineup of her films

BollywoodLife Awards 2022 is here and VOTING lines are NOW OPEN. Vote for Best Film below:

To Vote in other categories log on to awards.bollywoodlife.com Also Read - Katrina Kaif, Priyanka Chopra, Ranveer Singh and more Bollywood actors who got accused of throwing tantrums while on flight

As soon as Vicky shared the picture of the two ladies, fans couldn't stop gushing over them. They are loving the loving bond between 'mama Kaushal and beti Kaushal'. A lot of fans have dropped hearts in the comments section. Some Vicky Kaushal's fans are going berserk with the heartbreak. Also Read - Koffee With Karan 7: Karan Johar upset with Deepika Padukone and Katrina Kaif? Makes his displeasure obvious

Katrina Kaif and Vicky Kaushal have been redefining couple goals with their posts and bond. VicKat fans cannot stop gushing over their PDA on social media and whenever they are spotted in town. Vicky and Katrina tied the knot in a lavish wedding ceremony in Ranthambore, Rajasthan. It was a grand affair that was held over a week or so with celebrities from the entertainment industry in attendance.

On the work front, Vicky Kaushal was last seen in Sardar Udham. He will be next seen in Govinda Naam Mera and Sam Bahadur. He also has The Immortal Ashwatthama and Takht in the pipeline. Vicky has also wrapped up a film with Sara Ali Khan. Katrina Kaif, on the other hand, recently announced Tiger 3 with Salman Khan. Katrina also has Phone Bhoot, Merry Christmas in the pipeline. Katrina will also be seen in Jee Le Zaraa with Alia Bhatt, Priyanka Chopra.