If there's any celebrity who is abusing the freedom of speech on social media, you just can't think of anyone else but Kangana Ranaut.

Anywhere you go, there's only Kangana, Kangana and Kangana but sadly to say, she's not entertainment anymore. At the time when people are searching for happiness in the simple pleasures of life while being locked inside their houses, her unabashed and unnecessary statements have gone too far to return to normal. If there's any celebrity who is abusing the freedom of speech on social media, you just can't think of anyone else but Kangana. And that's what she did when she recently hijacked Yami Gautam's wedding post, hence, stooping to new lows. Also Read - Kangana Ranaut, Rhea Chakraborty, Yami Gautam and more – check out the list of celebs who were trolled this week

Yami Gautam announced on June 4 that she has tied the knot with Uri director Aditya Dhar in a private ceremony. Treating her fans with her new bride look, Yami shared photographs from her wedding day to share her happiness. She was wearing a bright red saree with gold work. Needless to say, it must have been the biggest day of her life. But all Kangana cared for was to preserve her arrogance and aggression. Also Read - Trending Entertainment News Today: Yami Gautam-Aditya Dhar's wedding pics, Harsh Varrdhan Kapoor's dating woes, Swatantra Veer Savarkar's lead actor

Though Kangana felt proud of Yami's Himachal connection, and commented, "Older than tradition and time. Nothing more divine than a raw mountain girl turned bride #himachalpradesh,” she went berserk while posting several comments under Yami's wedding post. Also Read - Swatantra Veer Savarkar: Ayushmann Khurrana and THESE two actors said to be the hot contenders to play the titular role in the biopic

She responded to Ayushmann Khurrana's comment for describing Yami as 'simple and real' saying, "As a matter of fact made up and artificial is most simple because it is so basic and easy to read that kind of show off but ancient and traditional especially when our history is older than the time itself makes it most layered and complex so what is organic isn’t necessary simple if you got perception to know the complexity of subtlety." 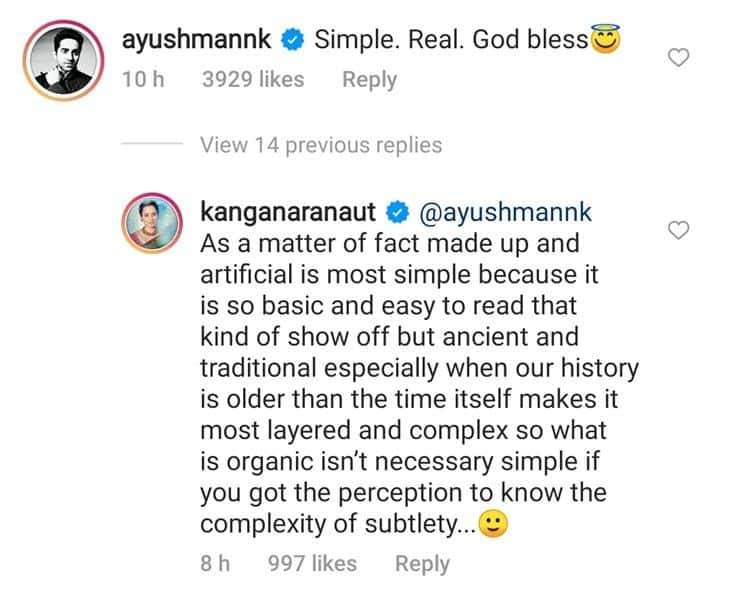 Later, she targeted Vikrant Massey and called him a cockroach further asking someone to get her her shoe to squash him. "Kahan se nikla ye cockroach..lao meri chappal," Kangana replied to Vikrant's comment telling Yami that she looked pure and pious, like Radhe Maa. 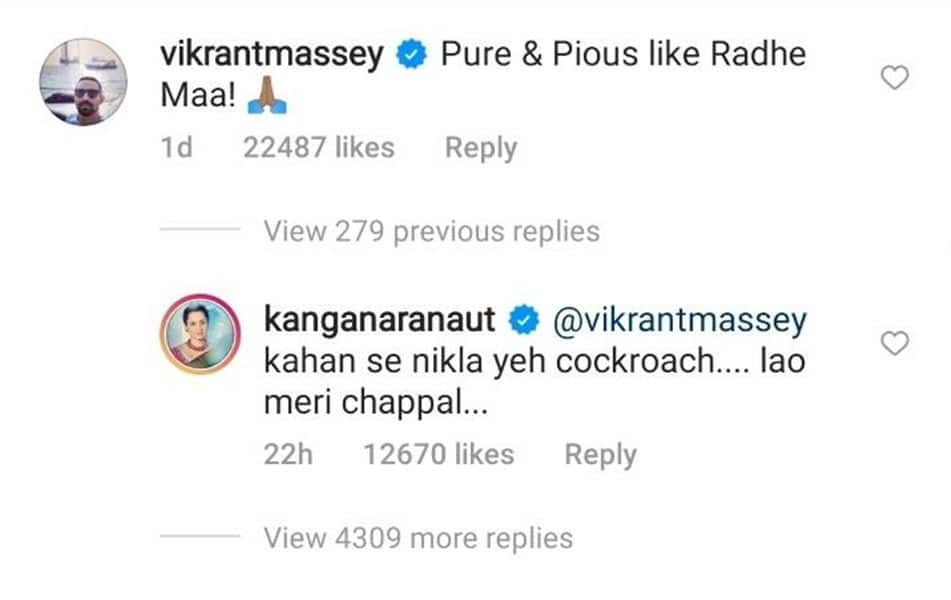 Kangana may have got the much-needed limelight on social media yet again for her scathing attack but it were Ayushmann, Vikrant and Yami who won this ugly battle by maintaining a dignified silence and not giving due importance to the Manikarnika actress.

Dear Kangana, we urge you to stop pot-shots at your contemporaries and use the same focus and energy to help people who have been struggling to make ends meet in these trying times. Don't just go knocking on people's doors and spew venom on others like annoying brats. Just calm down a bit, relax and think how you could make things work for a better outcome. So please stop now, because your impudence is killing someone else's happiness.