WTF Wednesday: From Shilpa Shetty to Amitabh Bachchan, Bollywood celebs who got trolled for bizarre reasons

Another week has passed but mindless trolls still haven't learned their lessons yet. This week, celebs such as Shilpa Shetty, Amitabh Bachchan, Aishwarya Rai Bachchan and Nikki Tamboli found themselves at the receiving end of unwanted criticism. Take a look. 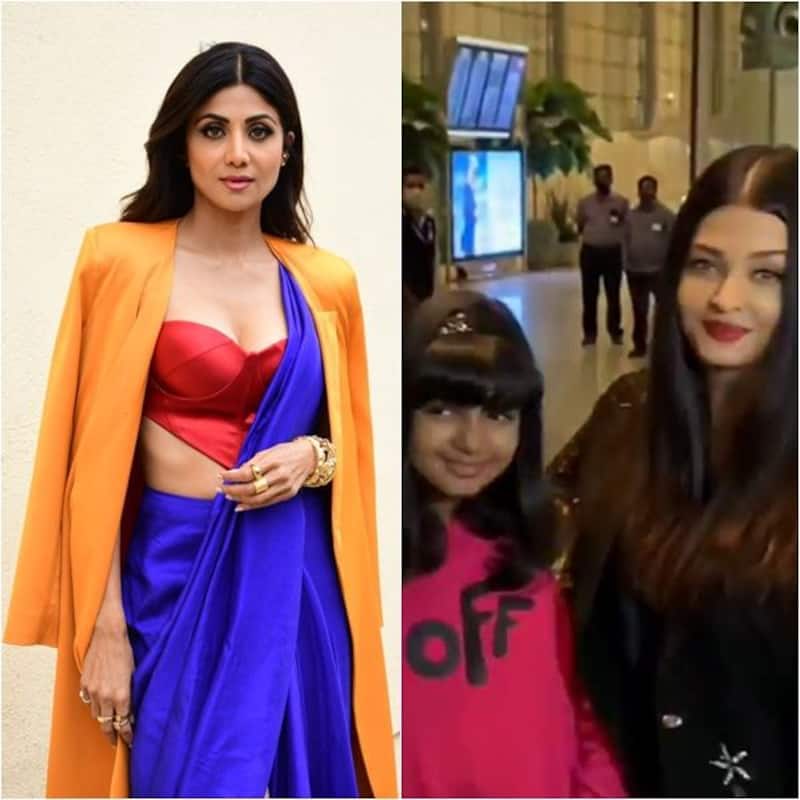 Another week has passed but mindless trolls still haven't learned their lessons yet. They are crawling freely through various social media platforms constantly preying on other people's weaknesses and emotions. These faceless trolls are hiding behind the bush and the world wide web has only given them wingsm in this online jungle. This week, celebs such as Shilpa Shetty, Amitabh Bachchan, Aishwarya Rai Bachchan and Nikki Tamboli found themselves
at the receiving end of unwanted criticism. Take a look. Also Read - Koffee With Karan: When Anil Kapoor mocked Shilpa Shetty over her lip job; 'Itne mote mote....'

Shilpa Shetty will be next seen in Sabbir Khan’s directorial Nikamma. She made a stunning entry at the film's trailer launch and she grabbed everyone’s attention with her superhero outfit. She wore a saree with corset blouse paired and a coat. Her look failed to impress the people on social media. Also Read - Aishwarya Rai Bachchan to Vaani Kapoor; Ranbir Kapoor’s steamy photoshoot with these heroines might give wifey Alia Bhatt a sore eye

Aishwarya Rai Bachchan was spotted at the airport as she was leaving for Cannes 2022 along with her hubby and Abhishek Bachchan and her daughter Aaradhya Bachchan. Netizens always troll the actress for holding her daughter's hand tight, and this time it's about Aaradhya's hair. Also Read - Ponniyin Selvan: Aishwarya Rai Bachchan's look as Nandini gets a thumbs up; fans say, 'Role of a lifetime' [Read Tweets]

Amitabh Bachchan recently sent a good morning wish to his fans on social media close to 12 pm. While some of his fans greeted him back, others trolled him for sending a good morning wish at this late hour. Amitabh Bachchan also addressed disrespectful comments and trolling. "Abe buddhe dopahar ho Gayi (It's noon old man)." AB replied, "I pray that you have a long age but no one insults you by calling you a 'buddha' then)".

Bigg Boss 14 fame Nikki Tamboli was recently seen in the city in her gym wear. She was wearing a crop top and leggings. She was trolled for her poses and outfit.