#WTFWednesday: Here's why it is totally uncool to troll star kids when they have literally done nothing 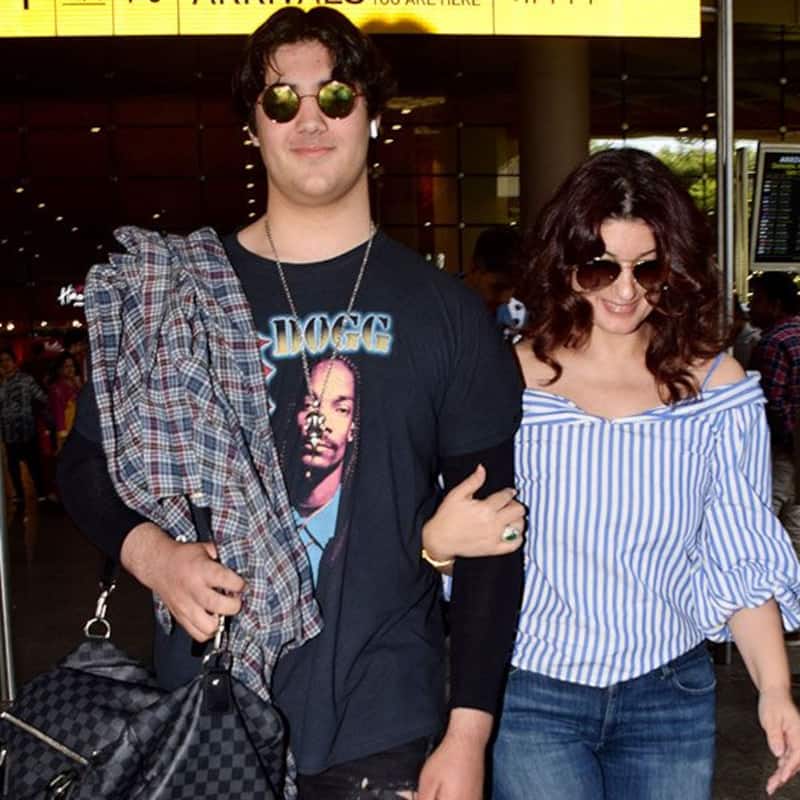 There is an immense amount of spite on social media. We read the nastiest stuff about actors and actresses on the comments section of various social media platforms. While they have made peace with it, understanding that they're public figures, there's a growing trend of star kids being targetted. Some of them have entered showbiz, so many will argue that they called for it, but why be so mean? The latest to be under the scanner of netizens is Akshay Kumar's son Aarav Bhatia. He was seen at the airport with mom Twinkle Khanna. The young man has slightly long hair and was instantly compared to Salman Khan's character Radhey from Tere Naam. Some even termed him as an Anari. People were quick to criticise his airport look. His outfit of a tee and distressed denims did not please social media users who like stars all well turned out at the airport.

Aarav Bhatia and Ibrahim Ali Khan meet at the airport

Now, he is not a star nor is he aspiring to be an actor right now. What is the idea behind questioning his airport look? He is a teen and let him be one! It is noticeable how people are equally quick to criticise some star kids whom they feel are too dolled-up or fake at a young age. It is this kind of criticism that creates the pressure of looking, good 24x7, for celeb kids. Aarav Bhatia comes across as a gentlemanly young man from whatever we have seen of him in the public space so far. This was not all. Some even compared his looks with that of Ibrahim Ali Khan who was also at the airport. Also Read - Navya Naveli Nanda, Aryan Khan, Aarav Bhatia and more star kids and their SECRET habits

It is perfectly okay even if Aarav wanted to have a hairdo similar to that of Salman Khan. He is in his teens and can have some fun. Unlike some others, Akshay Kumar and Twinkle Khanna keep their family life personal. A few days back, Akshay spoke about Aarav following his footsteps into Bollywood. He said, "He [Aarav] is just a 16-year-old kid, who is enjoying his life. There's no need to discuss his career right now and put pressure on him. I feel that [kids feeling pressure] will happen only if the parents in a way put some kind of burden. I am very clear that whether my kids want to become a painter, doctor or open a restaurant, I am fine." If parents can be so chilled about their offsprings, who are we to judge them? Also Read - Aryan Khan, Aaliyah Kashyap, Khushi Kapoor and more Bollywood star kids who are party animals