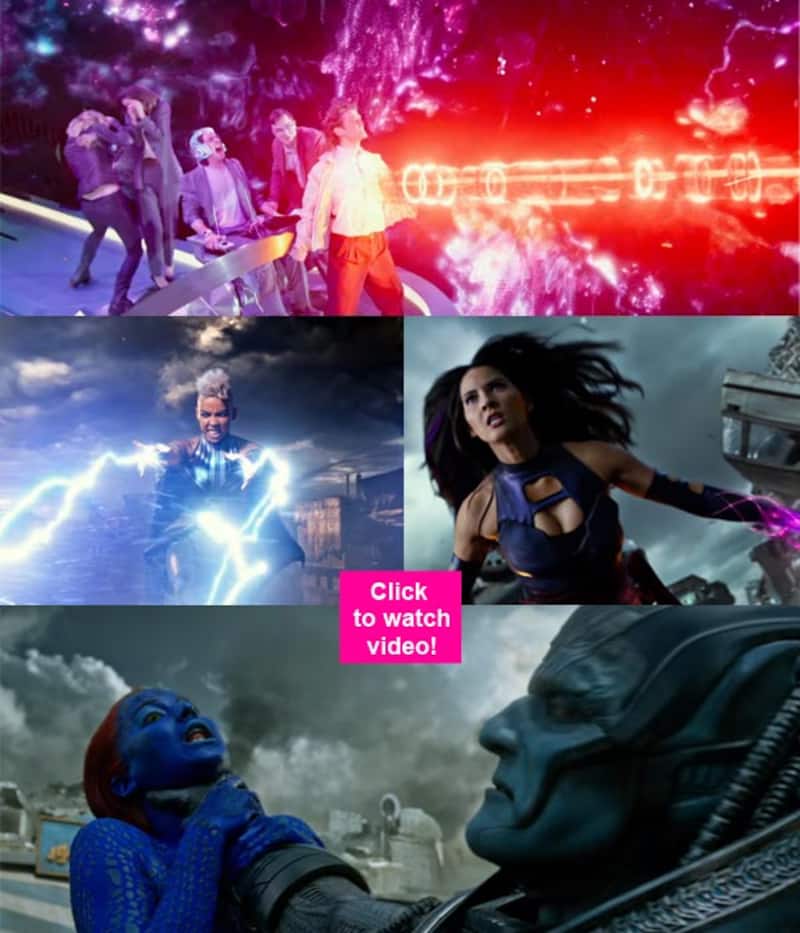 The film is directed by Bryan Singer.

X-Men: Apocalypse is the third and presumably, last installment of the X-Men: First Class trilogy that focused on the younger Professor X, Magneto, Beast and Mystique. With the second film, Days of Future Past, getting more fans to the franchise after the damage done by a few previous films, we certainly hope that the new film will only add on to the good work done by DOFP. Also Read - Jennifer Lawrence, Oscar winner and one of Hollywood's biggest stars, reveals she'll 'never be paid as much as men because of her vagina'

While the new trailer doesn't offer us anything new in terms of the plot, it surely gave us more insights on certain characters. We got a real glimpse of Oscar Isaac before he turned into the blue mutant of power, and also in his terrifying avatar. Though I must say, Apocalypse doesn't look as much intimidating as the makers wants us to believe he is. We also a couple more scenes of Quicksilver (Evan Peters) who was the highlight of the previous film. While his lack of role in the DOFP was certainly a drawback there, here Bryan Singer looks to compensate for that by adding more meat in his character. We also get the hint that Mystique (Jennifer Lawrence) will suddenly become the temp leader of the new X-Men, consisting of Nightcrawler, Cyclops, Jean Grey along with Beast, Quicksilver and Havok. They have to go against Apocalypse and his four brainwashed horsemen, who are Magneto, Storm, Archangel and a totally dynamic Psylocke (Olivia Munn seriously kicks ass here...I just can't get over the car-cutting scene!). We also get to see Josh Helman as Colonel William Stryker, the man responsible for Wolverine getting his adamantium claws, so does that mean Wolverine is around? Also Read - Amanda Seyfried to Sydney Sweeney: Hollywood stars REVEAL truth behind filming nude scenes