X-Men: Dark Phoenix stars Sophie Turner and Evan Peters reveal the prankster on sets and it's someone you'd never expect

Sophie Turner and Evans Peters spill the beans on who is the prankster on the sets of X-Men: Dark Phoenix and the name will leave you all shocked! 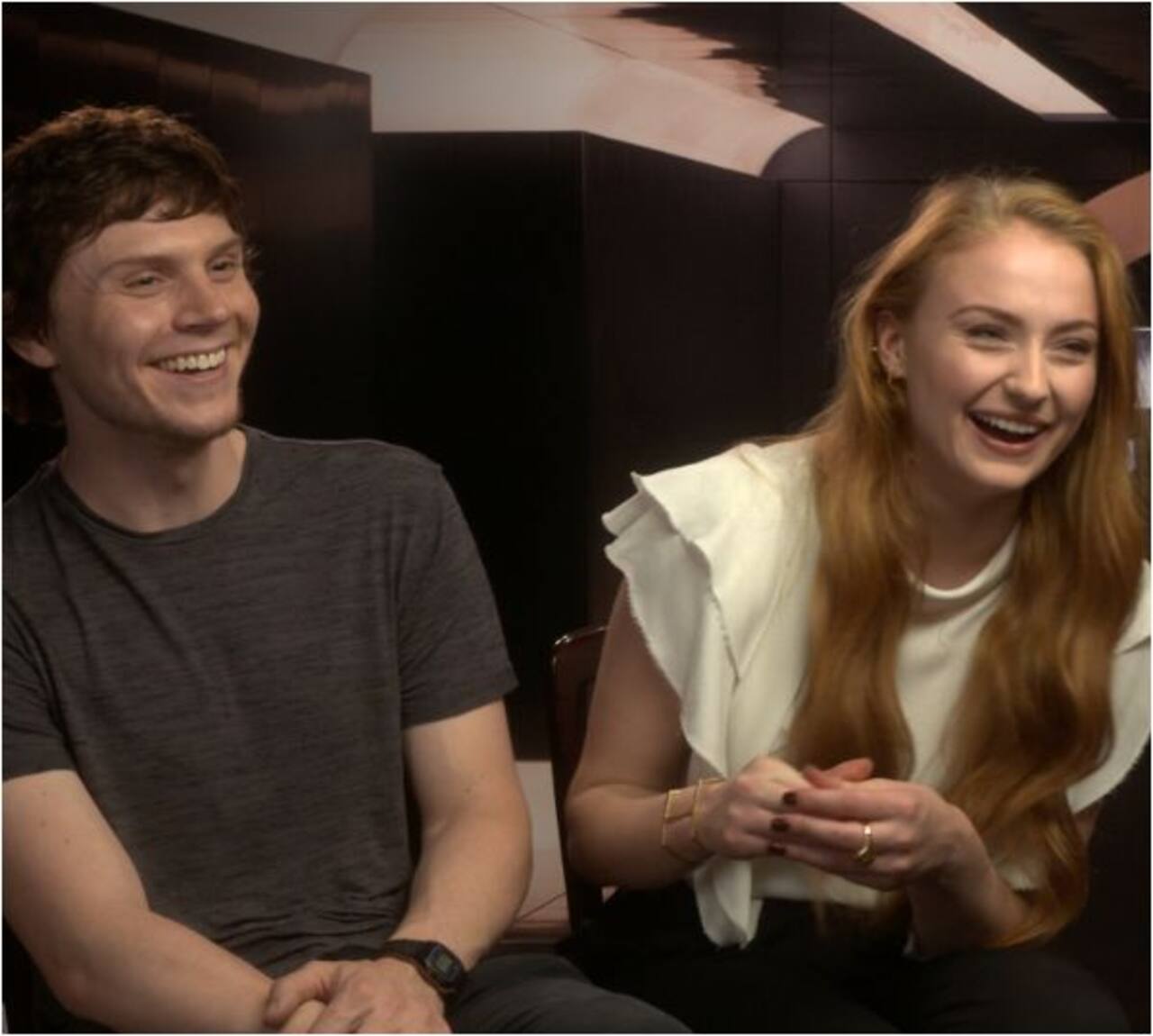 Sophie Turner and Evan Peters will be reprising in their character of Jean Grey and Quicksilver in the ultimate conclusion of the X-Men series, Dark Phoenix. The two were busy promoting the movie in Seoul, South Korea and while interacting with the media the duo revealed some behind-the-scenes secrets. Sophie and Evan were asked about one actor from the sets who used to give the most retakes while filming and the co-stars started chuckling. After wondering and thinking a bit, Evan said, "Jenn!" while Sophie added, "Yeah Jennifer Lawrence. She is fun actually.” “We'll do with that," Evan concluded. Also Read - Trending Hollywood News Today: Leonardo DiCaprio follows Gigi Hadid to France, Harrison Ford joins Captain America 4 and more

Further, the duo was asked which actor was the prankster on the sets and Evan revealed, "Nicholas Hoult," Sophie agreed with him and said, "He is the funniest." Evan on the other hand also mentioned that Michael Fassbender, who plays Magneto in the movie, is also a bit of a mischief-maker. "Michael is a bit of a prankster, as well," Evan said and Sophie continued, "He did as well but (since) he was training, he was on a thick diet, (so) he was a little grumpy this time." The two finally concluded, "Jenn (Jennifer Lawrence) and Nick (Nicholas Hoult) were the funniest." Also Read - Trending Hollywood News Today: Jennifer Lawrence addresses gender pay gap, BTS Busan Concert in trouble and more

Want to be my plus-one at the Dark Phoenix premiere and hang with the X-Men cast? It’s all to support 4 incredible causes! Just click my bio link or go to omaze.com/sophie to enter. #onlyatomaze @omazeworld