Yash Chopra’s film with Shahrukh Khan and Katrina Kaif not a 'Daag' remake! 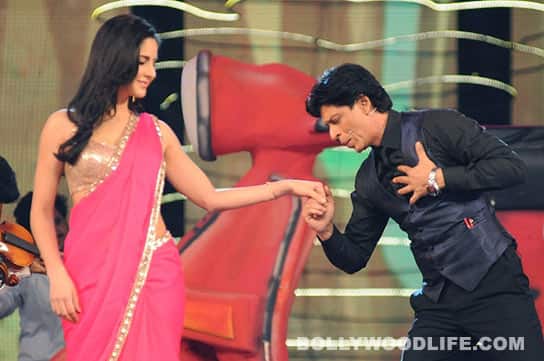 Ever since it was announced that Shahrukh Khan will star in Yash Chopra’s comeback directorial venture, we’ve been eagerly looking forward to it. The two have always given us memorable films. The fact that SRK will co-star with Katrina Kaif and Anushka Sharma added to the anticipation. We were shocked when we first heard the buzz that the untitled film is a remake of the 1973 film Daag. This love triangle was senior Chopra’s first project under his own banner Yash Raj Films and starred Rajesh Khanna, Sharmila Tagore and Rakhee. Here we have SRK, Kat and Anushka, with the Ladies vs Ricky Bahl girl already revealing that hers is a supporting character. Rakhee’s character was a supporting one too. Also Read - Will Anushka Sharma join Salman Khan in Kick?

The hints were enough for people to start wondering if this one was indeed a remake of Daag. Fortunately, sources working on the project have confirmed that the buzz is not true. The upcoming film is set in London and has the three protagonists belonging to the middle class. We are really relieved to know this! We have no issues with remakes and we love Daag, but we wouldn’t really want to see it being remade. Also Read - Shahrukh Khan misses his father in Kashmir

For one, the concept seems weird in today’s times. Sunil (Rajesh Khanna) gets separated from his wife Sonia (Sharmila Tagore) when he is arrested for accidentally murdering a guy who was attempting to rape Sonia. He is sent to jail, which will only make today’s viewer, who has grown up watching American crime shows, ask why the forensic experts were not called in to prove self-defence. The rest of the story falls apart right there. As for the cast, we agree that the best romantic hero we’ve had after Rajesh Khanna and Rishi Kapoor is definitely Shahrukh (though Aamir Khan fans wouldn’t agree with us). But we just can’t imagine the 46-year-old star as a newlywed husband lovelorn at being separated from his wife. Also Read - Yash Chopra's Shahrukh Khan, Katrina Kaif and Anushka Sharma film: What’s the title?

Daag is a classic that was way ahead of its time yet quite jaded now. It's best left alone. We would much prefer to see SRK romance Katrina in a fresh storyline, without the memories of songs like Mere dil mein aaj kya hai ruining it for us. What do you say?