Gear up to see IshRa in an ultra romantic mode in the next episode!

In the last episode, we saw the much awaited and grand entry of Salman Khan! The episode started with Ishita(Divyanka Tripathi) telling Rinki to be careful the next time and handle her drinks. She called Rinki’s behavior irresponsible and stated that the latter should have been more cautious. Rinki left in a hurry amidst the conversation, saying that her head hurt. Later, Ruhi and Ishita were on the streets when suddenly the latter was surrounded her and started eve teasing. All of a sudden, Salman came in to rescue Ishita! The actor asked the hooligans to back off and made sure that Ishita and Ruhi were safe. The two invited Salman for the eid party in their society and Salman happily obliged. He promoted his Bajrangi Bhaijaan by shaking a leg with the Bhallas and even engaging in an arm wrestling match with Raman(Karan Patel). The episode ended with Salman calling the Bhallas a beautiful family. Also Read - Sidharth Shukla, Mouni Roy, Kapil Sharma and more TV actors who hit headlines for throwing starry tantrums

In the upcoming episode, we will see Raman and Ishita getting lovey dovey with each other. Ishita will learn about Raman’s paranoia regarding his cold and will console him. She will tell him that the Bhallas are always by his side and he is not going to die. Further Raman and Ishita will repeat their wedding vows! The two will express their love for each other and will be seen in a rather romantic mood. Also Read - Taarak Mehta Ka Ooltah Chashmah: Fans want to see THIS actress as Dayaben [View Poll Result]

Now let us see what are actors are up to, in real life instead of reel. Check out this uber cool picture of Aly Goni with his co-star Vivek Dahiya. The two are seen striking a pose with a revolver! Well now that’s deadly and funny at the same time. Also Read - Anupamaa's Rupali Ganguly-Sudhanshu Pandey, Yeh Rishta Kya Kehlata Hai's Hina Khan-Karan Mehra and more: Shocking cold wars of TV stars 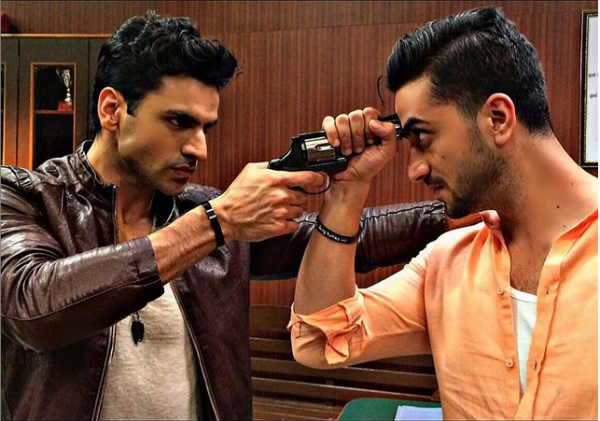