Yeh Hai Mohabbatein: Salman Khan or Raman, whom do you wish to see win the arm wrestling match? Vote! 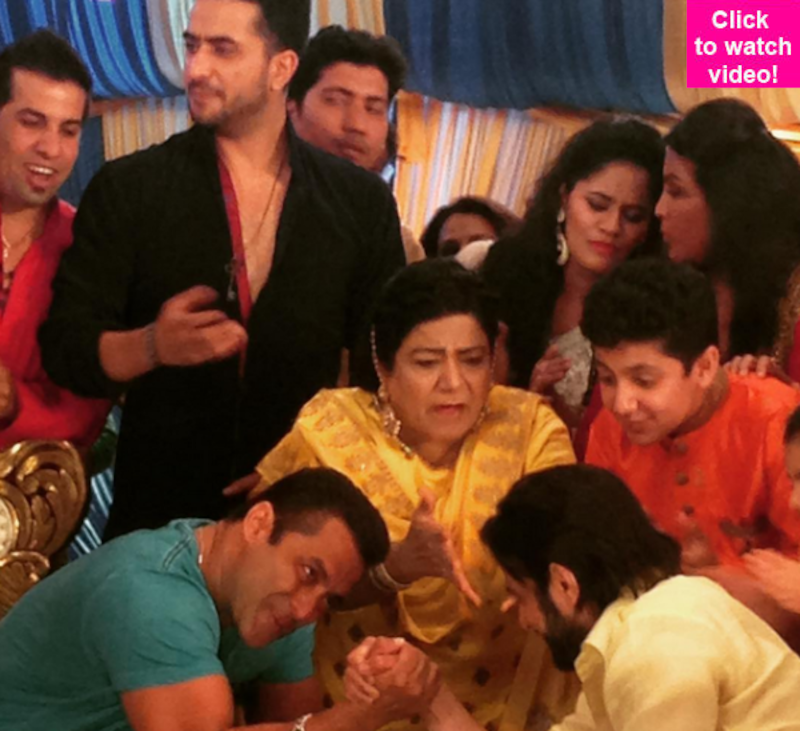 Check out the latest promo video of YHM's upcoming episode where Salman and Raman would be seen having an arm wrestling match. Who will win? You tell us!

In the last episode, we saw Ishita(Divyanka Tripathi) and Raman(Karan Patel) going on a coffee shop date, late in the night. There, they spotted Rinky and Mihir together and we were glad to see the two bonding. Later, Raman was seen spilling juice on Ishita's saree deliberately, so that the latter would go to her room and he could spend time with her. Romi on the other hand made the Bhalla family extremely happy by telling them that Sarika had agreed to marry him. Romi received a shock when Sarika informed him about her mother passing away. The episode ended with Ruhi asking her IshiMa about Shagun(Anita Hassanandani). Also Read - Bigg Boss 16: Sumbul Touqeer Khan's outburst over food fails to impress; netizens says, 'Har baar dusron ke matter main footage leni hai bas' [Read Tweets]

In the upcoming episode, we will see a special Eid celebration in the show. The Bhallas will host an Eid party which will be attended by none other than Salman Khan! The actor will be promoting his upcoming film Bajrangi Bhaijaan on the show.Our Bhaijaan will shake a leg with the Bhallas to the tunes of his hit song Selfie Le Le Re. Along with this, the superstar will also be seen having an arm wrestling match with Raman! Now that would be interesting to watch, right? Check out this promo video of the episode below! Also Read - Bigg Boss 16 Day 3 Live Updates: Shiv Thakare left upset after fight with Soundarya Sharma

So whose side are you on, Salman or Raman? Let us know by posting your votes in the box right here! Also Read - Bigg Boss 16: Sumbul Touqeer's father wins hearts with his reply to a netizen objecting the Imlie actress' participation in the show with Sajid Khan