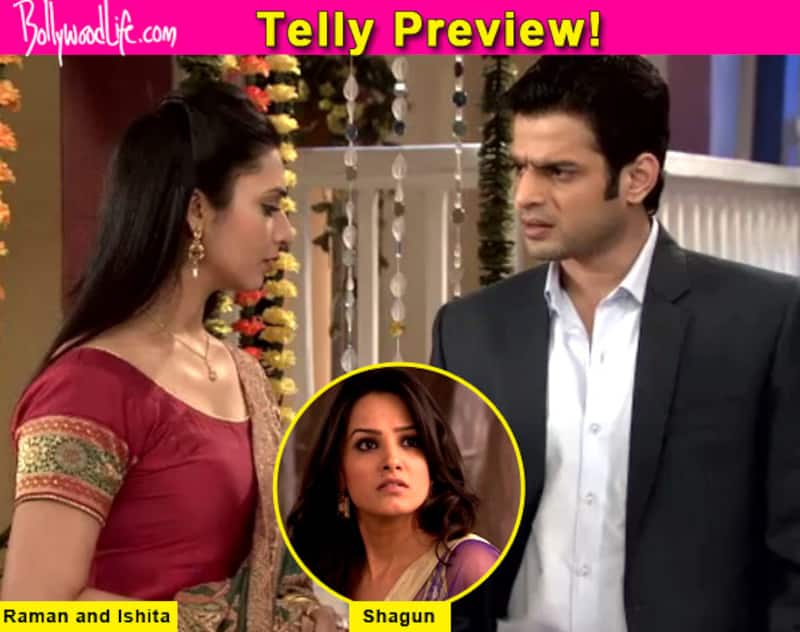 Raman and Ishita have learnt that Shagun is back. Will they go looking for her and bring her home? Read on to find out!

In the last episode, we saw Raman(Karan Patel) and Ishita(Divyanka Tripathi) getting into a major fight. He spotted Shagun(Anita Hassanadnani) being taken away by the police after an escort raid and went looking for her. He asked the police for Shagun and later, went to his room. There, Ishita was waiting for him, in order to surprise him. But the couple soon got into a heated argument when Ishita suspected Raman for cheating on her. Later, the two bumped into old family friends, who advised Raman and Ishita to patch up as fighting was unnecessary. IshRa soon buried the hatchet and got talking once again. The episode ended with Raman telling Ishita that he spotted Shagun in an escort service and she was taken in by the police. Also Read - Bigg Boss 16 star Sumbul Touqeer is a fantastic rapper, Divyanka Tripathi is a rifle shooter and more: Hidden talents of TOP TV stars will leave you amused

In the upcoming episode, we will see Raman and Ishita enquiring about Shagun. The latter will learn about the same and will decide to write a letter to the two. In the letter, Shagun will mention that she is fine and that Raman and Ishita shouldn’t go looking for her as she’s not doing anything wrong. Also Read - Tejasswi Prakash, Rubina Dilaik, Ankita Lokhande and more telly beauties spell magic in their no-makeup looks

Will Raman and Ishita do as told by Shagun or will they find her and bring her back home? Stay tuned to find out! Also Read - Bigg Boss 16: These four big celebrities refused to be part of Salman Khan’s show after signing it?