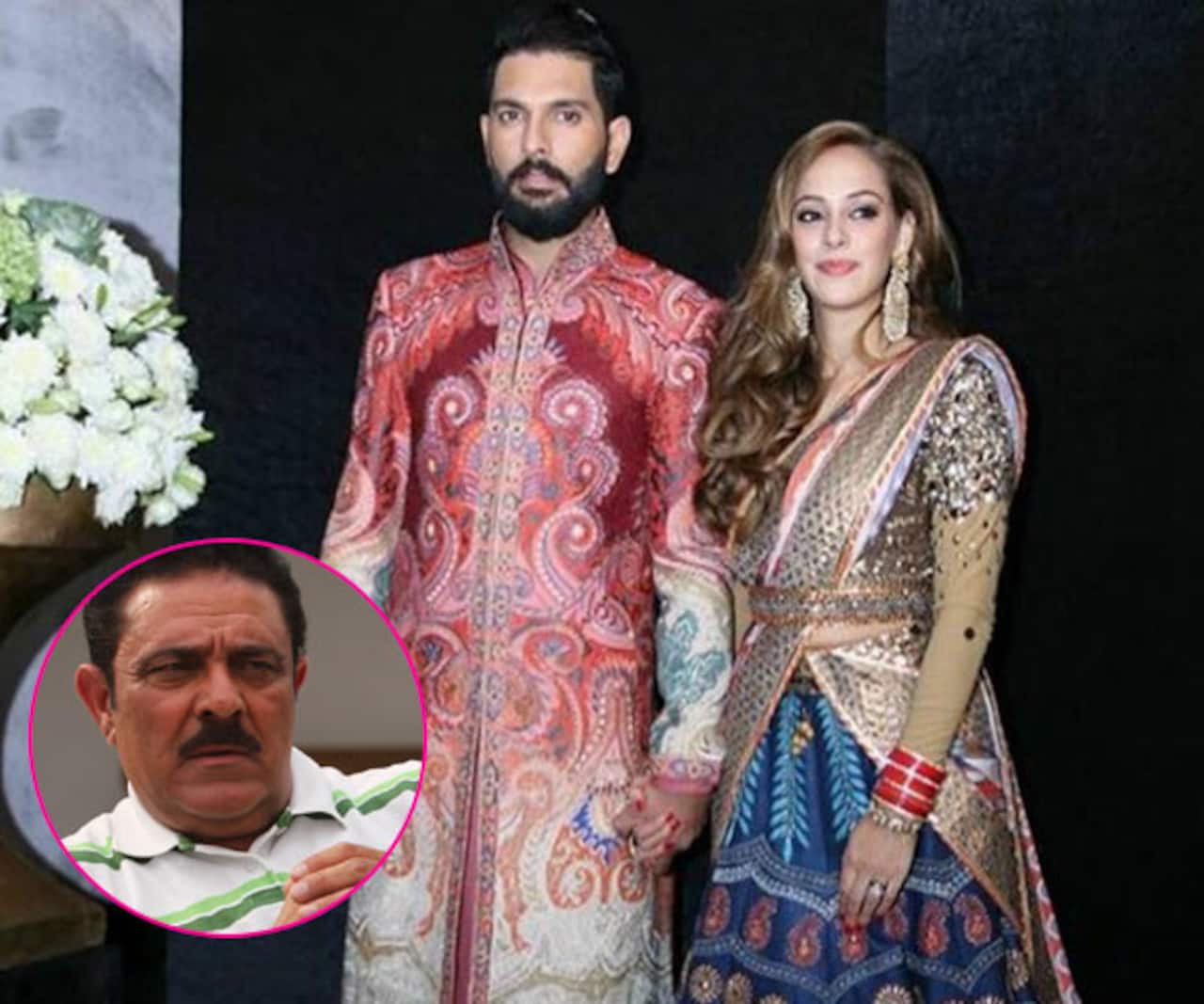 Hazel Keech married cricketer Yuvraj Singh on November 30 in Chandigarh this year. They got hitched in a traditional ceremony attended by close friends and family. A few days later, it was revealed that Hazel changed her name to Gurbasant Kaur. This name change was suggested by Baba Ram Singh and knowing that Yuvraj's family is an ardent follower of the Baba, Hazel obliged. However, this change of name hasn't gone down well with Yuvraj's father Yograj Singh. Also Read - Kim Sharma birthday special: Yuvraj Singh to Leander Paes; know all about the actress' much talked-about love life

In a recent interview, Yograj blasted this decision by saying, "What is this nonsense? For me Hazel would remain Hazel only. Change of name will not change the identity of Hazel. This is all this so called self-styled Baba's nonsensical talks. I believe in only one God." ALSO READ - Hazel Keech takes on a new name post marriage to Yuvraj Singh - read details here Also Read - Anushka Sharma, Athiya Shetty, Sara Tendulkar and more divas who fell in love with cricketers

For those of you who don't know, Yuvraj was born in a Punjabi-Sikh family. His parents - Yograj Singh and Shabnam Singh got divorced a few years later. Yuvraj stayed with his mother, while Yograj got married to Satveer Kaur. Yograj was also invited for Yuvraj-Hazel's wedding, but he chose to not attend it. Interestingly, the former cricketer has the perfect reason for it too. As Yograj added, "Yuvraj's mother and our other family members had attended the wedding. I didn't attend Yuvraj's wedding because I don't believe in this talk of Baba. Such talks can't change the fortunes of people. For me, she (Yuvi's wife) is Mrs. Hazel Yuvraj Singh. I don't take this suggestion if changing name seriously." ALSO READ - Yuvraj Singh and Hazel Keech's reception pictures are out and the couple is gorgeously good looking Also Read - Alia Bhatt-Katrina Kaif to Kim Sharma-Hazel Keech: Celebrities who dated the same guy and yet got along well with each other

There have been various instances when an actress has changed her name after marriage. However, they are known and called by their original name always. For example, Sharmila Tagore was officially christened Ayesha Sultan when she got married to Tiger Pataudi, but she has always been known as Sharmila Tagore. So while Hazel might have changed her name to Gurbasant Kaur, she might be called Hazel throughout her life. What do you guys have to say? Share your thoughts in the comments section below!