Something that almost never happens!

Kareena and Kangana are two actresses who have never crossed paths in their film career. But looks that all that has changed. The actresses finally came together and what happened post was an intriguing session of words minus catfights and burn scenes! Well, the news of Kangana Ranaut replacing Kareena Kapoor Khan in Rangoon is old but check this out, the actresses bonding sure is something new! Both the actresses, who recently attended the HT Leadership Summit in Delhi, seem to have bonded quite well. In fact, even during the event, the actresses had all praises for each other. Also Read - Brahmastra actress Mouni Roy grooves to Jalebi Baby; looks smoking hot in a LBD worth Rs 27K – watch viral video

But what caught our attention was that these two ladies maintained the same amity even when they returned back to Mumbai. It is very rare that you see so much bonding of actresses in B-Town but all that is about to be history soon! This sudden sisterly love between actresses is something that you can’t miss! Earlier Anushka-Deepika, Katrina-Sonam, Sonakshi-Alia and Lisa-Nargis showered us with their cute PDA acts and looks like now Kareena and Kangana have also decided to do the same! While both of them are conversing something and with Kangana’s director instincts, should we be expecting a new venture between them? Oh wouldn’t that be super cool? Also Read - Priyanka Chopra, Katrina Kaif, Kareena Kapoor Khan and 4 more Bollywood actresses who raised brows with risqué necklines – view pics 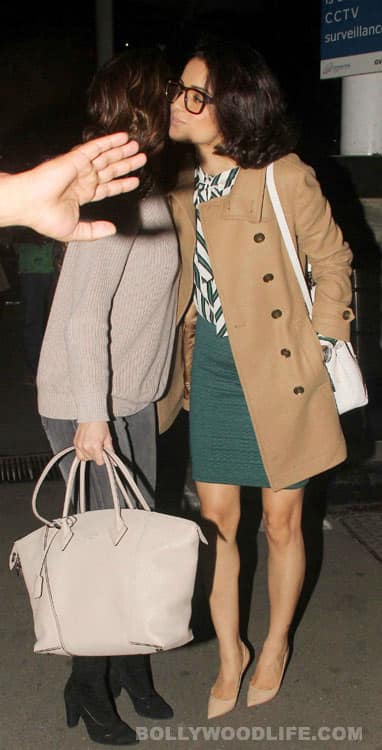 Oh and while we focus on their growing friendship, I’d also like to point out how chic both the actresses are looking in their airport avatar! Kangana, I am so digging your bob tresses and not to forget the cool trench coat that you’ve donned. And Kareena, I would really like to take away those boots because they look super hot! 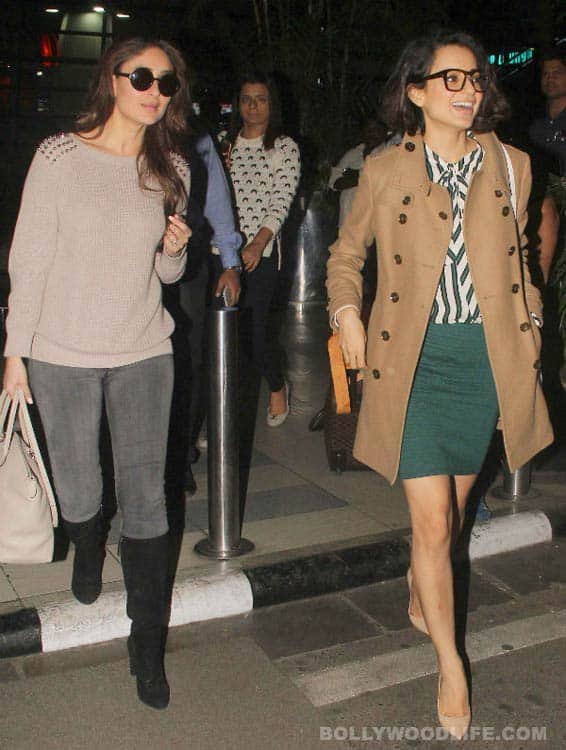 So what do you think of these two divas bonding? Tell us in the comments section below!