Salman Khan is the biggest superstar of Bollywood and millions of fans are crazy for him. Same is the case of pop-star sensation, Justin Bieber. Both the stars are immensely popular, but no one would assume that there would be anything common between these two stars except their popularity...

No it's not their immense popularity but something quite unusual...

Salman Khan is the biggest superstar of Bollywood and millions of fans are crazy for him. Same is the case of pop-star sensation, Justin Bieber who also has fans going crazy for him, every time he sings on stage or on TV. Both the stars are immensely popular, but no one would assume that there would be anything else common between these two stars except their popularity. However, you will be shocked to know that there is something unusually common between these two sensations. What? Also Read - Jennifer Lopez-Ben Affleck, Katy Perry-Orlando Bloom, Gigi Hadid-Zayn Malik and 10 more Hollywood couples who got back together after breaking up – view pics

No it is not their controversial pasts or run ins with law or the number of girls in their life, but something very sweet. Justin and Salman both love animals, especially squirrels. If you remember, we saw photos and video of the Bollywood superstar playing and feeding squirrels on the sets of Prem Ratan Dhan Payo. The videos and photos went viral and everyone loved this side of Bollywood's Bhai. Now, we got our hands on a photo of Justin Bieber playing with a squirrel in a park from a few days back. Just like Salman, Justin was seen approaching a squirrel very patiently and then feeding him. Also Read - Shah Rukh Khan's daughter Suhana Khan is tripping on Justin Bieber's Peaches with bestie and we are loving it – watch video

Salman also loves dogs (he has owned many over the years), horses, birds and many other animals. Justin also loves animals and we have seen many pictures of him playing with animals over the years. However, there common love for squirrels is really unusual and their pictures with the animal are really CUTE! Check them out below and tell us what do you think about them in the comments section below! Also Read - Friends Reunion: Lisa Kudrow aka Phoebe Buffay REVEALS her experience of sharing the stage with biggies like BTS, David Beckham and others 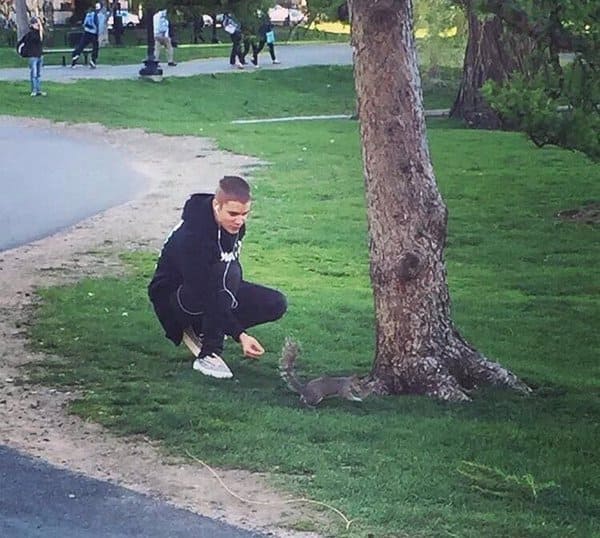 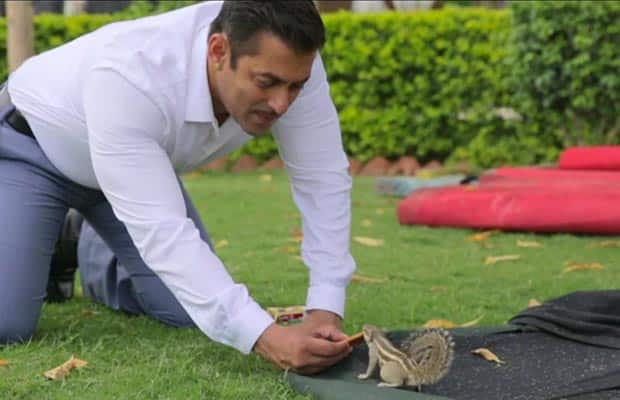 Also check out Salman with girlfriend Iulia Vantur at the airport in the video right here: