Zaira Wasim gets harassed by a middle-aged man in a flight, breaks down while talking about it

Zaira Wasim goes live on Instagram after being allegedly molested by a man in a flight and she breaks down. 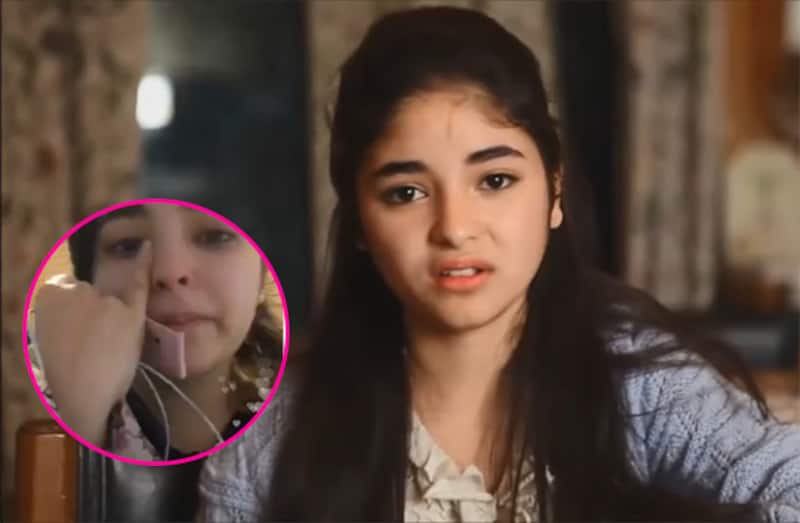 The Dangal and Secret Superstar actor Zaira Wasim had to face a rather unfortunate incident after she boarded a flight recently. The actress posted on her Instagram stories how a man sitting in the next seat kept misbehaving with her. Zaira gave him the benefit of doubt at first thinking that he must be falling short of space. But when he sort of brushed against her back, she realised what was happening and was majorly disturbed. She even went Live on Instagram sharing details of her unpleasant flight. She broke down while talking about the incident during her live and kept repeating that it's not done. Also Read - The Legend of Maula Jatt: Fawad Khan REVEALS he tried to copy Aamir Khan's physical transformation, but FAILED miserably

She also said that no one can protect girls unless they stand up for themselves. Vistara Airlines, the flight she boarded, even issued an official statement recently apologising to the actress and promising to get to the bottom of this issue. How we wish the actress was not harassed in the flight. But the Dangal girl did show the courage of speaking up against it and telling the audience what she went through so they know what to do if in a similar situation. Check out some of these videos of from live and the official statement by Vistara. (ALSO READ: After Dangal, Aamir Khan and Zaira Wasim’s Secret Superstar opens successfully at the Taiwan box office) Also Read - Brahmastra box office collection: Ranbir Kapoor, Alia Bhatt film won't be able to beat THESE Salman Khan, Aamir Khan and Hrithik Roshan blockbusters

@zairawasim_ i'm with u ? #plz watch her story to know what had happen with her on plane #disgusting . . #ZairaWasim #Bollywood #Actress #BeingAbused

We @airvistara have seen the reports regarding @ZairaWasimmm experience with another customer on board last night. We are carrying out detailed investigation and will support Zaira in every way required. We have zero tolerance for such behaviour.

Whether the culprit is caught or not, this incident will surely help other women voice against being harassed in public. Zaira opening up about the incident that happened with her will surely make all us women and even men, be respectable individuals. What are your thoughts on this? Tell us in the comments below and stay tuned with us for more.