Sussanne Khan's brother Zayed Khan recently commented on her alleged relationship with Arslan Goni. He also spoke about the bond he shares with Hrithik Roshan. 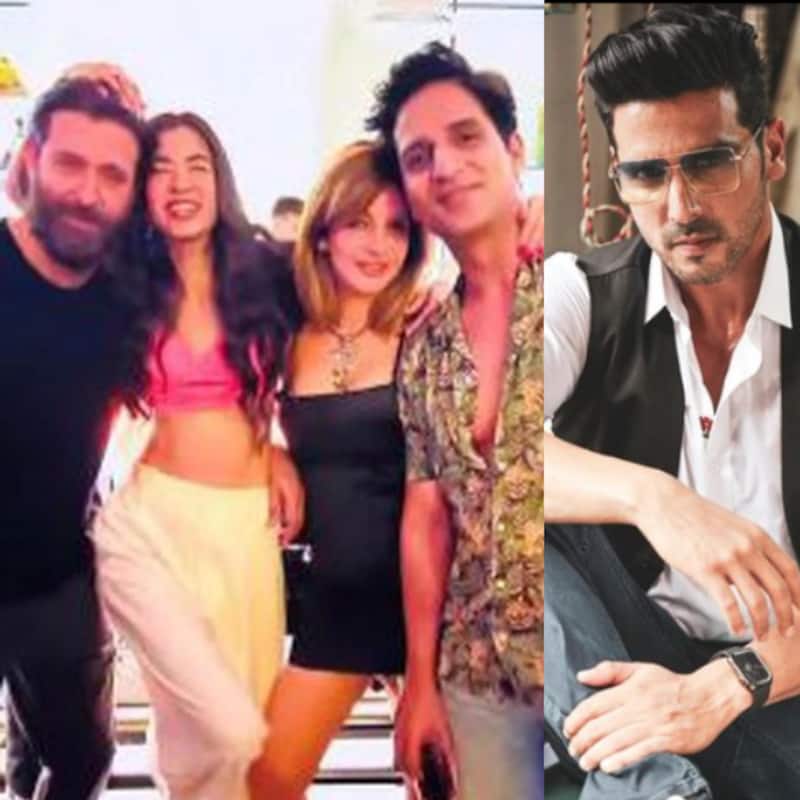 After 13 years of togetherness, Sussanne Khan and Hrithik Roshan parted ways. They mutually decided to seek divorce and move on in their lives separately. They did set a perfect example by remaining cordial to each other despite the divorce. They are co-parenting their two sons and are doing a fabulous job. They are even being supportive of each other's partner choices in personal life. Sussanne Khan is reportedly dating Arslan Goni while Hrithik has allegedly found love in Saba Azad. Now, Sussanne Khan's brother Zayed Khan has commented on sister Sussanne Khan's relationship with Arslan. Also Read - Bigg Boss 16: Sajid Khan makes early revelation about who'll be one of the finalists on Salman Khan's show and it's NOT HIM

Zayed Khan's take on his sister's love life
In an interview with Hindustan Times, Zayed Khan stated that he has no problem with it as long as it makes his sister happy. He stated that at it his age it is important for people to just be and live. He also called Arslan Goni a sweet boy. He said, "At the end of the day, it’s just about what makes you happy. While we are very quick to judge, a lot of people talk the talk but don’t walk the walk." Also Read - Ponniyin Selvan box office collection day 5: Chiyaan Vikram, Aishwarya Rai Bachchan film jumps on a weekday; crosses Rs 250 crore worldwide

Zayed Khan talks about Hrithik Roshan
Despite the divorce, Zayed Khan has not lost touch with Hrithik Roshan. In fact, their bond is strong than ever. During the interview, he called Hrithik Roshan disciplined and generous. Zayed stated that he know Hrithik from a very young age and loves him from the bottom of his heart. "I have known Hrithik since I was 10. When you know people for that long, you know them from within. I love him from the bottom of my heart," he said. He also called Hrithik Roshan 'best advisor'. Okay then! Also Read - Alia Bhatt baby shower: Ranbir Kapoor's family selfie; Shaheen Bhatt, Anushka Ranjan pose with mom-to-be and more INSIDE PICS

Zayed Khan who took an hiatus of 7 years is now returning to acting with a web show. Deets are yet to be revealed.