with a deadly cast like Nikita Dutta, Zayed Khan and Vatsal the romantic thriller will be an ideal replacement for Beyhadh that will be soon ending on high note. 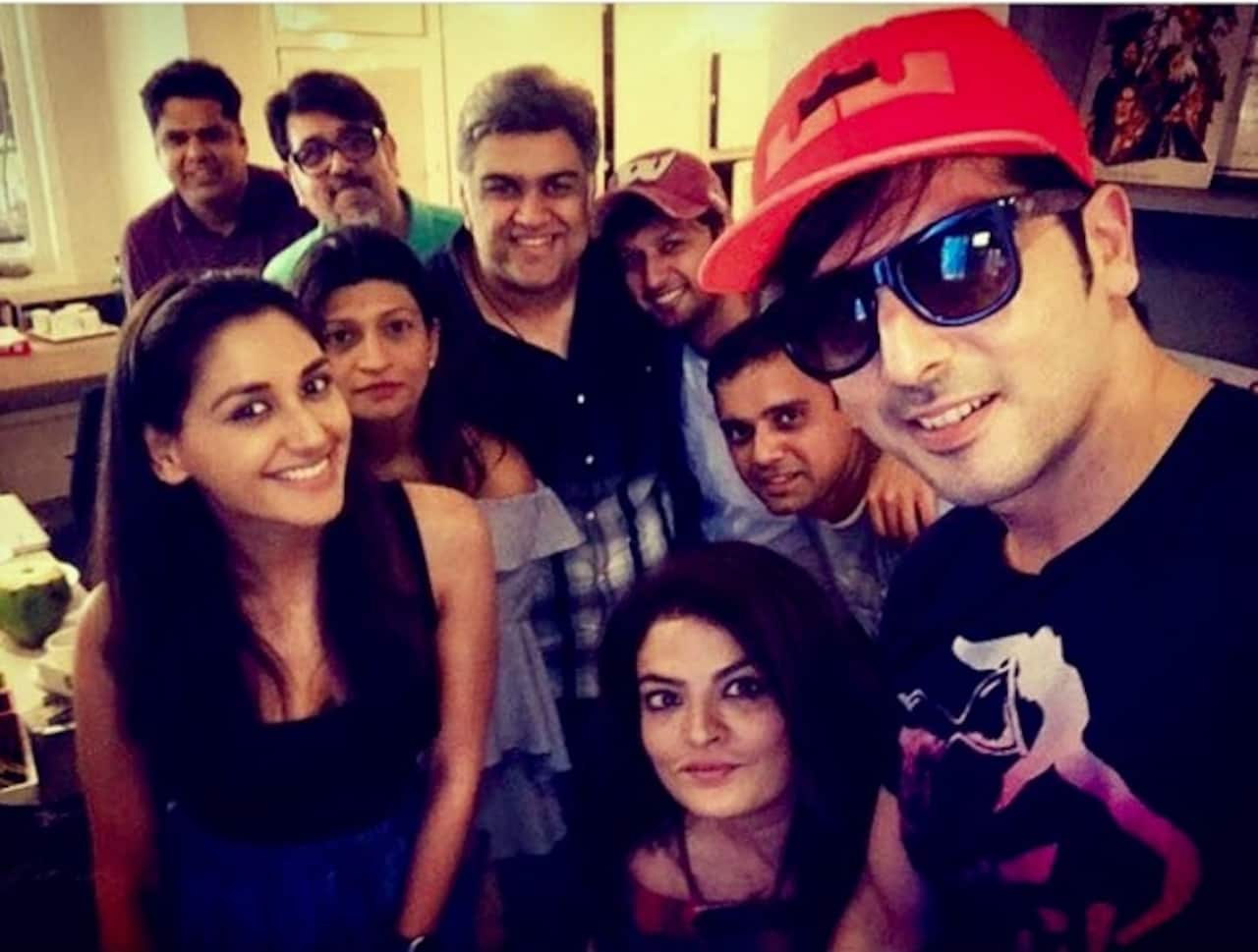 Nikita Dutta is back after a long break with Sony TV's new show called Haasil. The show stars Vatsal Seth and Zayed Khan opposite Nikita Dutta. She shared the rehearsal pictures from her Instagram account when she met all her co-stars including Zayed Khan and Vatsal Seth for the first time. Also Read - Neendraan Ni Aandiyaan: Aparshakti Khurana and Nikita Dutta reveal what went into shooting their latest song [Exclusive]

The romantic thriller Haasil will also star film actress Sheeba playing an important role. The producer of the show Siddharth P. Malhotra is having a workshop for all the actors before the shoot begins. The show has been written by Samir Arora, who had made Ek Haseena Thi - with the same team. Also Read - Nia Sharma on Jhalak Dikhhla Jaa 10 to Bharti Singh: Popular TV celebs who got severely injured on the sets of their shows

Haasil has Zayed playing a businessman while Vatsal plays his brother. Nikita plays the girl who comes between them and Sheeba plays mother to Zayed and Vatsal. The shoot of the show will begin from next week and it will go on-air in September. We hear that Haasil will take Beyhadh's slot that's suppose to go off-air next month. Also Read - Nia Sharma, Karan Wahi, Bharti Singh and more TV stars who got severely injured on the sets of their shows

Nikita makes a comeback after almost a year - her maiden show Ek Dooje Ke Vaaste went off air last year. The show was loved for Nikita's chemistry with co-star Namik Paul. The channel abruptly put the show off air and fans were really upset over that. Though incidentally Nikita and Namik are making comeback on same channel but with different shows. Coincidentally both the shows have a love triangle at the crux of the story.

Namik will be seen in Prateek Sharma's show Ek Deewana Tha opposite newcomer Donal Bisht and Vikram Singh Chauhan. The show is also about two brothers who fall for the same girl. Also, Nikita has Bollywood boys Zayed and Vatsal as her co-stars in the romantic thriller.

Nikita started off her career when she participated in Miss India pageant and then went on to make her Bollywood debut with Lekar Hum Dewana Dil. Nikita's first show on TV was Dream Girl on Life Ok with Mohsin Khan. Though she got her fame only when she played Suman in Sony's show Ek Dooje Ke Vaaste, last year. The show gave Nikita immense popularity as an actress. So, when the show shut shop Nikita did not take up any other project as she wanted her next show to be really exclusive.

Vatsal Seth will be seen making a comeback on TV, after his unsuccessful stint with Rishton Ka Saudagar -Baazigar that aired on Life OK, last year. Vatsal started his career as a child artist with Sony's show Just Mohabbat and went to become a Bollywood actor. Vatsal made his debut opposite Ayesha Takiya in Tarzan - The Wonder Car which was was an average film.. But after Tarzan Vatsal's career in Bollywood failed to take off. After a string of flops he made a transition to TV, four years back, with Ek Haseena Thi on Star Plus.

The revenge drama with Sanjeeda Shaikh gave Vatsal a new identity on TV. Though his next show Rishto Ka Saudagar Baazigar could not match that level. He is back now with Haasil.

Meanwhile Haasil also has been in news for being the TV debut of film actor Zayed Khan. Yes...son of Sanjay Khan also had a long lull in his career in Bollywood. So like Vatsal, Zayed also will be having second stint of his career with this TV debut.

Hope with a deadly cast like Nikita Dutta, Zayed Khan and Vatsal the romantic thriller will be an ideal replacement for Beyhadh that will be soon ending on high note. Stay tuned for all updates on Haasil only on Bollywood Life