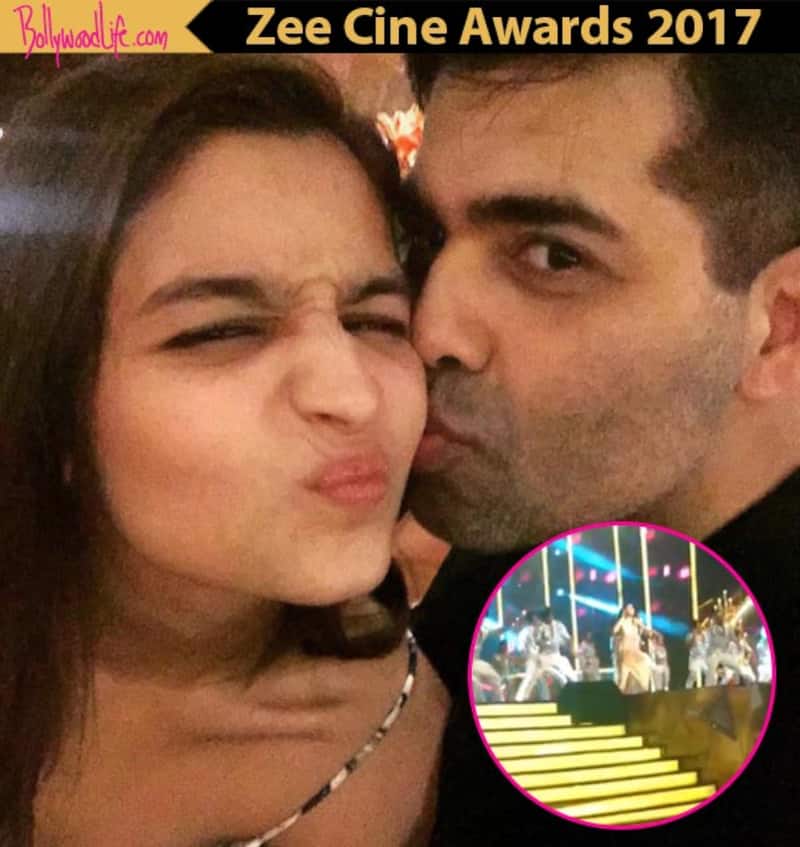 The Zee Cine Awards 2017 have kicked off and after the regional awards segment, Sunny Leone and Alia Bhatt took to the stage to entertain the crowd. While Sunny Leone sizzled as she danced on Laila Main Laila (Raees), Alia Bhatt paid an emotional tribute to mentor Karan Johar. The actor took to the stage and danced to a few of Dharma's old hits like Koi Mil Gaya from Kuch Kuch Hota Hai and a few others. While everyone was surprised with the emotional act, we enjoyed the performance as it took us down memory lane. In fact, the actress couldn't control her feelings after the act, as he told the audience at the venue, "Dharma is family to me and Karan Johar is like my father, so this act is very special for me." Also Read - Aparshakti Khurana reveals what's on his OTT web series binge list [Watch Video]

Karan Johar gave Alia Bhatt her big break in Bollywood (Student of the Year) and since then, he has been mentoring her and shaping her career. Alia has always considered him as a father figure and took advice from him on every single issue. So obviously, this tribute must be special for both these stars. Anyway, check out her act right here! ALSO READ - Zee Cine Awards 2017: Shiamak Davar gives us a glimpse of Sunny Leone, Alia Bhatt, Varun Dhawan's performances - watch videos Also Read - Aashiqui 3: Kartik Aaryan meets Anurag Basu and Bhushan Kumar; fans urge to get Shraddha Kapoor on board

Apart from Alia and Sunny; Varun Dhawan, Govinda, Raveena Tandon, Salman Khan and Kareena Kapoor Khan will be performing on the stage too. The most epic one will surely be Bebo’s return post pregnancy where she will be paying a tribute to the four Khans she has worked with. She will be performing on songs from her films with Salman, Aamir, Shah Rukh and Saif, at the awards function. Anyway, stay tuned to BollywoodLife as we cover the Zee Cine Awards 2017 live right here... Also Read - Entertainment News Today: KRK claims Karan Johar tried to commit suicide; Salman Khan wraps up Kisi Ka Bhai Kisi Ki Jaan shoot and more